Cancel
A parking attendant lives with her dementia-stricken father. In order to cover his rising medical expenses, she joins a national singing competition. Can she capture the nation's heart and fulfill her life-long dream of becoming a renowned singer?
See Storyline (May Contain Spoilers)

She is good-natured, and would often give each driver a chance before issuing a ticket. She is well-loved by the drivers, but detested by her colleagues, especially the veteran Jenny and her group of minions who often scheme and plot against her. With her mother long gone, Fei Fei and her father, a retired Rediffusion sales representative, nicknamed 'Uncle Radio', live a codependent life together.

At the same time, she had to deal with several other concerns, including supporting her dementia-stricken father, salesman. Fei Fei is aided by kopitiam drink-stall owner Ah Luan, who has an alter-ego, Lady Kaka (a reference to Lady Gaga), and childhood friend and taxi driver Mao Shan. On the day of Feng Fei Fei’s passing, Fei Fei has also suddenly realised that something was amiss with her father when he became visibly frustrated over the Rediffusion set’s malfunction. It is common knowledge that Rediffusion had been long gone.

In order to take care of her father and cover his rising medical expenses, Fei Fei decides to join the National Singing Competition after seeing an advertisement. Fei Fei eventually made it to the finals after capturing the nation's heart using her voice and sincerity, but her father has disappeared suddenly on the day of the finals.

She tells the audience that she will continue to sing and that she hopes that her father will see her wherever he is, as she sings, her father sees her on a TV in a store.

After the credits roll, Fei Fei has found her father, while they are eating breakfast, the camera pans to his fathers Redifussion and it starts playing. 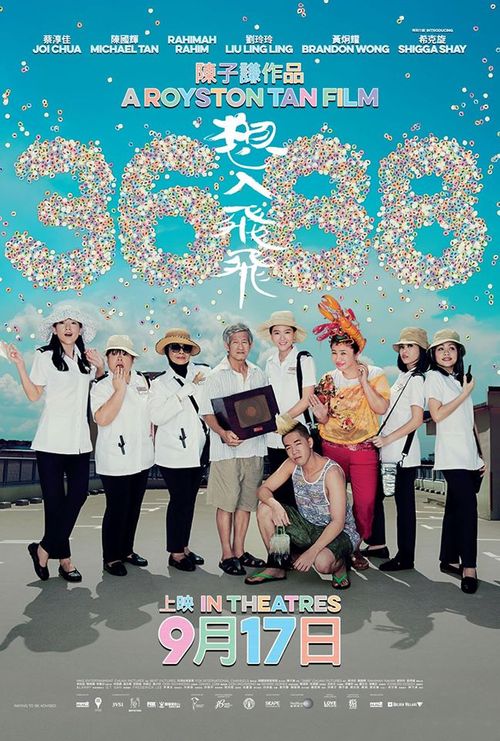