Cancel
Just ahead of her 45th wedding anniversary, a woman comes to know of her husband's ex-lover and his dedication to her memory. How will this information affect her state of mind?
See Storyline (May Contain Spoilers)

Spanning six days, this multi-layered relationship drama follows a critical period in the relationship between a happily married couple, Kate and Geoff Mercer, who have been married for 45 years.

Five years after the retired couple were forced to cancel their 40th wedding anniversary because of his heart bypass surgery, the comfortably-off, childless, Norfolk couple are now planning to celebrate their 45th anniversary with dozens of friends at the Assembly House in Norwich.

A week before the anniversary party, they gently discuss the music that will be played. The first song from their wedding 45 years ago is their choice for the opening dance again - this is a song that Geoff has always liked.

Their morning is somewhat disturbed when Geoff opens a letter from Switzerland telling him that the body of Katya, his lover in the early 1960s, has become visible in a melting glacier where she fell into a crevasse on their hike with a guide over five decades ago. Memories rush back to him and he realizes he has forgotten much of what little German he used to know and that he would need a dictionary to fully understand all that the letter says.

Kate has been told about Katya previously by Geoff and seems initially unconcerned by his controlled disquiet. 'I can hardly be cross about something that happened before we even existed...' she says, but after a pause adds 'Still...'.

The next day Kate helps Geoff find his old German-English dictionary. Soon, Geoff's conduct begins to show that there is more on his mind than he says. Among other things, he tries to keep from Kate that he is beginning to take steps to fly to Switzerland without her to see Katya's body, which he imagines preserved in the now-transparent ice, still looking youthful.

Prompted by Kate, Geoff talks about his relationship with Katya and thoughts evoked by the discovery of her body. He tells Kate that he and Katya had pretended to be married in order to be able to share a room in the more puritanical early 1960s. Because of this, the Swiss authorities consider him to be Katya's next of kin. Kate is troubled by the revelation.

As the days pass and preparations for the party continue, Geoff continues to be moody and takes up smoking, which both had given up in the past. One night, Geoff climbs into the attic to look at his memorabilia of Katya and only reluctantly shows Kate a picture of Katya when she insists. Kate starts to ponder all of her life with Geoff and their possibly rebound relationship, and even begins 'to smell Katya's perfume' in every room.

While Geoff is out at a reunion luncheon at his former workplace, Kate climbs the ladder to the attic to seek what he might be keeping there. She finds Geoff's scrapbook filled with memorabilia from his life with Katya, including pressed flowers from their last hike. And then she finds a carousel slide projector, loaded with images of Switzerland and Katya, next to a makeshift screen to view them. One slide shows Katya with her hand on top of her protruding abdomen, indicating Katya was pregnant at the time of her death.

Kate also takes up smoking again and, upon learning of his visit to the local travel agency to inquire about trips to Switzerland, confronts Geoff about his recent behavior involving Katya without revealing what she saw in the attic. Geoff promises that their marriage will 'start again,' which he begins by serving her tea in bed and making breakfast for her the next morning.

They attend their anniversary party in the historic Grand Hall. Kate is constrained, distracted, and remains impassive during Geoff's speech in which he professes his love for Kate, while saying 'the choices we make in our youth are most important'.

He brings himself to tears, just as Kate's friend Lena has predicted men always do at weddings and anniversaries. Kate seems fleetingly heartened by the conclusion of his speech.

The first dance is then announced, which is to the same song from their wedding. As Geoff and Kate dance, she becomes increasingly awkward and rigid. It appears she is judging the real significance of the song, which is about loss and therefore possibly associated with Katya. As the song ends, Geoff raises their hands together in the air but Kate yanks her arm down. Geoff, apparently oblivious, dances away.

The final close-up isolates Kate amid the mass of people on the dance floor as mixed emotions play across her face.

Based on 0 rating
0 user 8 critic
Did you know? This movie was selected to be screened in the Special Presentations section of the 2015 Toronto International Film Festival and also screened at the 2015 Telluride Festival. Read More
8 Critic Reviews

Small, personal dramas are easy to overlook on the big screen, '45 Years', is one to celebrate
Drew Wheeler, flagpole
0

Portrait of a relationship done in by a harmless, gnawing secret
Shalini Langer, Indian Express
0

The brilliant performances by the lead actors and the emotional baggage of the story make it worth a watch, especially for romance lovers
Delnaz Divecha, BookMyShow
0

Martin Atkinson
as The Smoking Chef

This movie is based on the short story 'In Another Country' by David Constantine.

This movie was selected to be screened in the Special Presentations section of the 2015 Toronto International Film Festival and also screened at the 2015 Telluride Festival.

In several scenes, Tom Courtenay's character drinks his tea from a Hull City AFC mug. Courtenay is the President of the Hull City Official Supporters' Club. 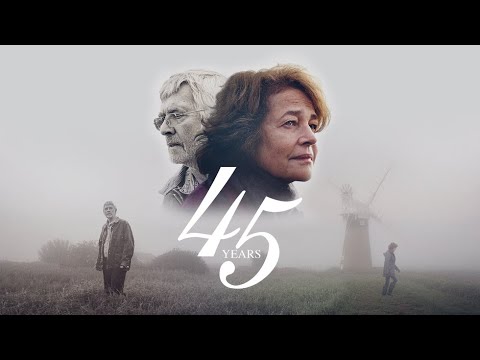 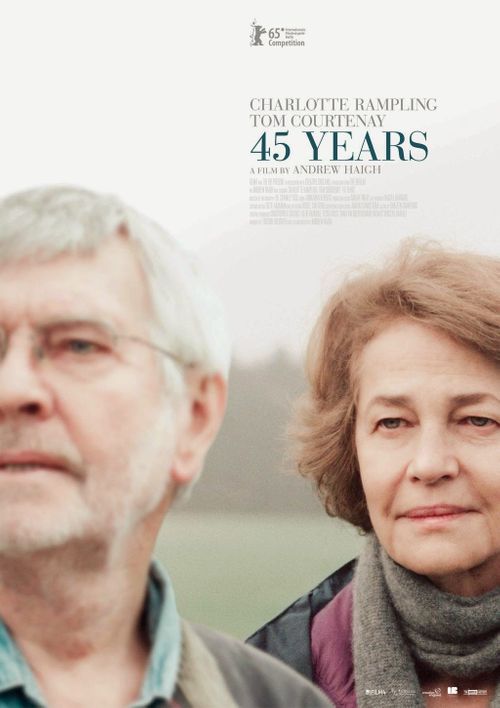 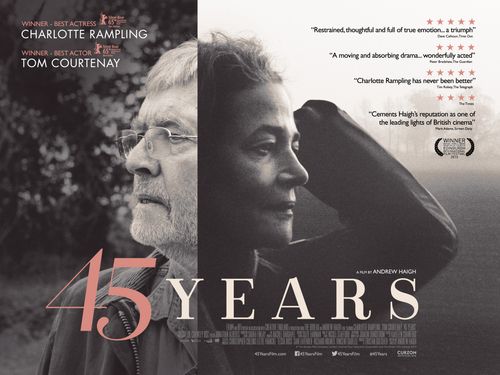 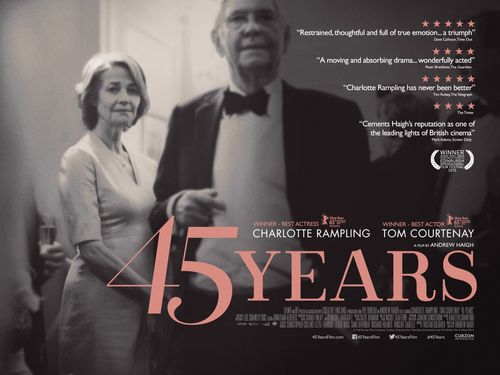 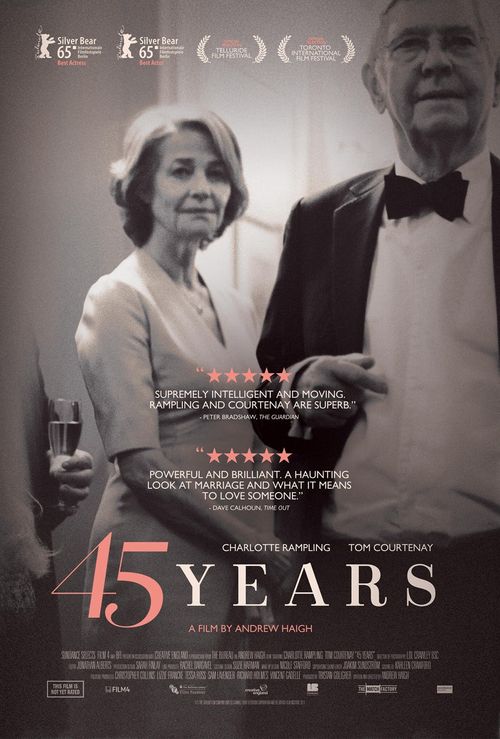