Cancel
8 X 10 revolves around Jai, a man who has the power to see into the past. He uses this power to help people even though using it nearly kills him every time. When his father, Jatin, dies in a mysterious boating accident, Jai's suspicion is aroused by the appearance of an oddball detective, Happi. The only article that can help him in his investigation is an 8 X 10 photograph taken just minutes before the accident by his mother Savitri that shows Jatin surrounded by his best friend and lawyer, Anil, his adopted son, Adit and younger brother, Sundar. Jai decides to use this photograph to go into the past to unravel the mystery surrounding Jatin's death. As he discovers clues he realizes that his father was actually murdered and that everyone on the boat had a motive. Now on a mission to unmask the killer, he undertakes the dangerous journey of visiting the past repeatedly. A cat and mouse game ensues, with the killer outwitting Jai at every turn. As the bodies pile up and time begins to run out, Jai ventures into the photo one last time with the killer on his heels. Does Jai discover who the killer is? Will the killer get him before the truth is uncovered? Does he get out of the photo in time before it is destroyed?
See Storyline (May Contain Spoilers)

Jai Puri (Akshay Kumar) is a forest ranger in the woods near Alberta, Canada. Jai lives in a cabin with his girlfriend Sheila, but has been estranged from his parents, Jatin and Savitri Puri. Jatin is the CEO of a privately held Canadian oil company, Canoil.
Jai has a supernatural gift: he is able to enter a photograph and vividly experience the events preceding the time of the photograph. Jai is unable to understand or explain this gift, except to recall that it started when he was very young. He tries to use this gift to help people, despite the risks to his own body. He can remain in photographs only for a minute, and experiences life-threatening, stroke-like effects afterward.
Jai's father drowns in a boating accident under mysterious circumstances. Jatin was aboard his own boat, the Golmaal, and was surrounded by his wife; his brother, Sunder; longtime friend and lawyer Anil; and Adit, Jatin's surrogate son. Eccentric former cop Hapibulla "Happi" Pasha, who suffers from OCD, believes Jatin may have been murdered, and that everyone on the boat at that time may have had a motive. The only clue is an 8x10 photograph of the four men, which Savitri shot a few moments before Jatin fell off the boat and had a hypothermia-induced heart attack.
Jai repeatedly uses his gift to enter the photo and experience the incident through the eyes of the four subjects in it. He picks up various clues from the viewpoint of the subject. Happi follows up on these clues and tries to string together a theory. But Jai feels his body gradually weakening from the stress of entering the photo. Sunder is found hanged, an apparent suicide, and a mysterious party in a black SUV tries to kill Jai and Sheila. Later, someone makes an attempt on Savitri's life. Happi enlists the help of a nurse, Sally, who helps with medical aide to Jai in order to help him find the killer.
Jai enters the photo one last time to find the final set of clues, and is set upon by his now-grown twin, Jeet who had been presumed dead but had survived the fall from the cliff to live a hellish and abusive childhood. During a tussle, Happi arrives at Jai's cabin and tries to help, but Sheila kills him with an axe. Jeet and Sheila dump Happi's body, as well as that of their betrayed confederate Adit, into the sea, and attempt to do the same with Jai. Jai escapes, and attempts to reconcile with his long-lost brother. Touched, Jeet kills Sheila as she fires on Jai, but her shot kills Jeet. At the end, Jai moves in with his mother.
Cast[edit]

Tagline: He has the power... to see the past

Based on 0 rating
0 user 0 critic
Did you know? This is Akshay Kumar's favourite film, despite it failing at the box office. Read More
0 User Reviews
No reviews available. Click here to add a review.
Cast 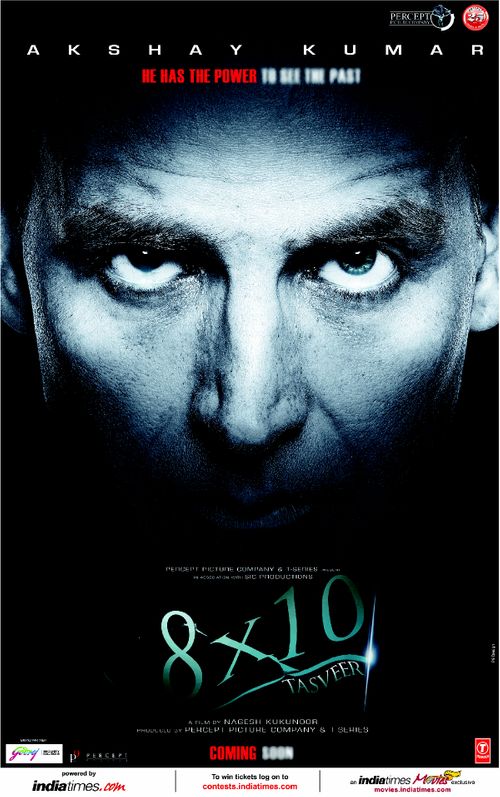 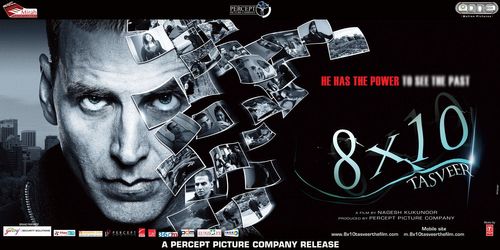 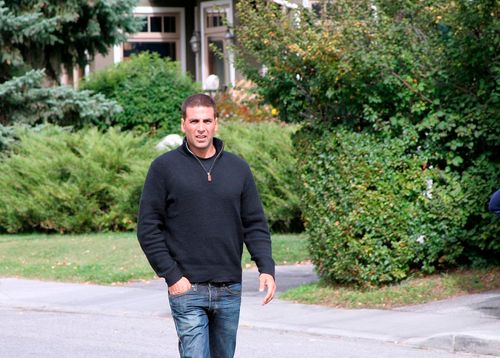