Cancel
A man living with his wife, two sons and a daughter, purchases a house with the help of his eldest son, who lives in the USA. However, when the son passes away suddenly, he is unable to pay the mortgage and the family falls into disarray. What will the future hold in store for them?
See Storyline (May Contain Spoilers)

This insightful saga revolves around the family of Mahamaya and Saktinath, who live together with their three sons and one daughter. They to reside in North Kolkata. Their eldest son Bitan lives in USA, and marries an American lady, in the late 80s. They have a beautiful daughter Elisa.

Financially, Saktinath remains very much dependent on Bitan. Bitan purchases a house for his parents and siblings in North Kolkata where they stay. While Saktinath’s daughter Binita is about to get married, tragically, Bitan is diagnosed with terminal cancer and passes away within six months.

Without his eldest son's financial support, Saktinath is forced to mortgage his house for his daughter’s marriage as his second son Bidhan, has just found employment and the youngest son Biplab is still a student in college, and both of them are unable to take on the financial burden of the family.

Two years after this incident Bidhan it's a pity married to Aparna, a school teacher and based in South Kolkata. Biplab gets engaged to his neighbour Riya, a very good classical singer.

Suddenly Saktinath is forced to ask Bidhan to help pay the mortgage amount to release the house as the promoter refuses to give them any more time. Bidhan and Aparna refuse to help, leave the house and settle in South Kolkata.

Biplab gets married to Riya and with the help of one of his friends, purchases and apartment and gets a job. His wife Riya embarks upon a career as a singer, causing certain conflicts in their relationship, that finally ends in separation. Meanwhile, Saktinath passes away and Mahamaya is forced to live alone.

After a leap of 15 years, Roni, the 17 year old son of Bidhan and Aparna, meets an American friend in a social networking site, who expresses great interest in knowing about the city of Kolkata. As they continue to chat it is that the girl is Elisa, Bitan's daughter. With Roni’s help, Elisa makes an effort to reunite her father's family and finally travels home to meet them with her father's remains. 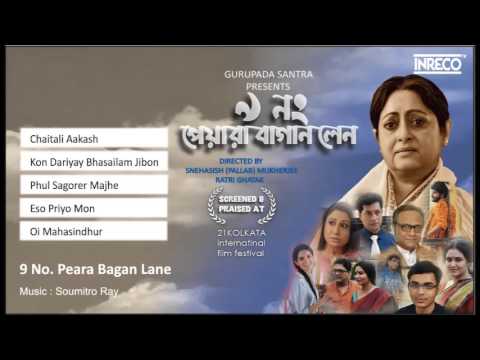