Cancel
Evocative and provocative, this multi-layered romantic drama follows the fluctuating fortunes in the life of an impoverished cowherd, who remains the loyal friend and servant of a beautiful young woman and her father, who is a poet. He makes great sacrifices to assist the young woman's father in arranging the wedding of her elder sister, but in his absence, terrible tragedy occurs and the woman is placed in a psychiatric facility. How will he react to this harsh reality? Will the young couple ever strum up the courage to fight societal norms and express their love for each other?
See Storyline (May Contain Spoilers)

This socially relevant romantic drama revolves around Madhava (Chiranjeevi), a straightforward and kind cowherd, who is a loyal friend and servant to Hema (Meenakshi Seshadri) and her father (Jandhyala). He also performs in stage plays, in which he portrays the role of Lord Shiva.

Hema's father is a school teacher and a great poet. However, since his classical poetry is no longer popular, he cannot find a publisher to print his poems. Even though Hema and Madhava love each other, neither is able to express the emotion due to societal divisions of caste and economic class. Hema is the first to realize her love during a drama when she portrays the role of Lord Shiva's consort, but suppresses her feelings owing to societal divisions.

One day, in order to pay for the expenditures for the marriage of Hema's elder sister, Lalita (Geeta) Madhava sells his cows and gives the money to a family friend to give to Hema's father as a loan. When her father hears what he has done, he gives Madhava his manuscripts. Madhava goes to town to have them printed.

When he returns, he is shocked to see Hema being taken away to an asylum. He learns that Hema has gone into shock after her brother-in-law tried to rape her and killed Lalitha who tried to stop him.

Madhava pretends to be mentally retarded and enters the asylum, where he goes through many hardships in order to save Hema. After stopping a guard from attacking her, he is falsely accused of attempted rape and is electrocuted. He tries many times to help her regain her memory. When she finally does and realizes what he did for her, she wants to marry him after she is safely rescued.

However, Madhava objects to her proposal as he is from a lower strata of society when Hema's fiancée Sripathi (Sarath Babu) convinces him to change his mind. Hema and Madhava finally unite.

Based on 0 rating
0 user 0 critic
Did you know? This movie received immense critical acclaim and went on to win many awards and accolades, including the Nandi Award for Best Actor and Filmfare Award for Best Actor - Telugu, in appreciation of Chiranjeevi's powerful performance in the titular role. Read More
0 User Reviews
No reviews available. Click here to add a review.
Cast 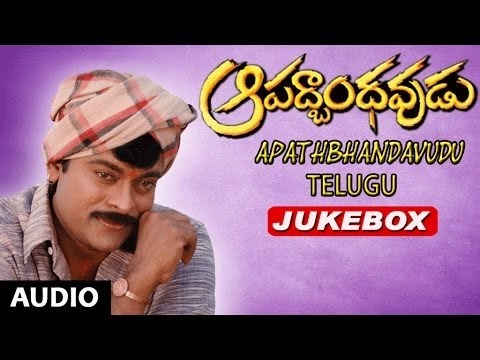