The film opens when a child named Tarun starts asking his father Gopal to tell him an interesting story. The father starts saying the story of Lingam, his former adopted father. Lingam is don of Madurai and the people get scared when his name is heard.So the police commissioner orders that if Lingam takes part in any of the crime he'll be killed. Thus,the don takes a decision to build a mill in Aayiram Vilakku Nagar. Gopal is a man who works in a rice mill. Megha and Gopal love each other and constantly romance.
The people in Aayiram Vilakku Nagar accept the deal and move from that place except Gopal. So one day the don's men came for asking his land but he rejects the deal. Lingam notices this and decides to adopt Gopal. Gopal's life changes and he is soon a protector of his adopted father. He is soon a problem for an opposing gang and the police force. They begin to cause trouble for him and Lingam. The opposing gang challenge Gopal and Lingam to fight. Gopal refuses and one night at a wedding, Megha and Gopal are chased by the opposing gang and run throughout the village trying to escape. Gopal kills the henchmen and saves Megha, who was about to get tortured. Gopal and Lingam are then forced to accept the fight with no other choice. Lingam and Gopal get their guns prepared overnight and head to the fields the next morning. Lingam and Gopal both fight with the main villains and kill all of them with their guns and hands. The police force enter the situation and soon Gopal and Megha leave the fields running but are followed by one more villain. The police tell Lingam that if he shoots the villain, he will be killed for all his past crimes. IF he doesn't he will be cleared of all charges and return to normal life. Lingam tells Gopal that a bad guy is behind him but Gopal doesn't hear him. The bad guy is just about to stab Gopal until Lingam shoots the bad guy. Gopal hears the shot and sees a bad guy dead. The officers shoot Lingam. Megha and Gopal run back to Lingam and Lingam says that he was proud of Gopal and wishes Gopal to take his place as leader of the dons. Gopal, in tears, accepts, and Lingam dies in Gopal's hands. Gopal is seen later telling his son the pain he feels even today. 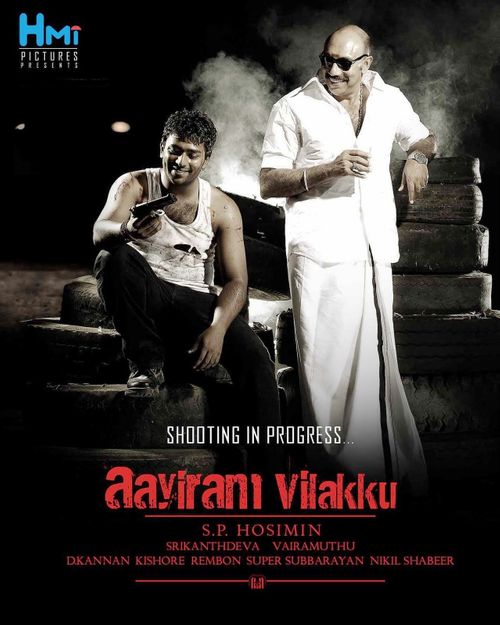