Cancel
A multi-layered, intricately woven socio-political drama that delves into deep concepts like integrity, responsibility and unity through the intricately interwoven lives of three men, who belong to diametrically different strata of society.
See Storyline (May Contain Spoilers)

Inba (Madhavan) is a goon, because his brother has left him alone and he had no option of earning back home. He loves, marries, and abuses his wife, Sashi (Meera Jasmine). Michael Vasanth (Suriya Sivakumar) is an influential student leader who wants politicians like Selvanayagam (Bharathiraja) to keep away from college elections. Michael is in love with his neighbour Geetha (Esha Deol) who lives with her parents.

Then there is Arjun Balakrishnan (Siddharth), carefree and spoiled son of an IAS officer. He wants to relocate to the U.S. for a better future. He falls in love with Meera (Trisha Krishnan), whom he just met. One day, Meera and Arjun get into a quarrel on the road and Meera gets into an auto. Arjun gets lift from Michael to catch up with Meera, who is going that way.

Suddenly, Michael is hit by a bullet and he is saved by Arjun. After talking to Michael, Arjun changes his mind and wants to be a politician. Selvanayagam is worried when he hears news of students standing in the election. He uses every possible way to get them out of politics. Firstly he provides scholarship of a prestigious foreign university to Michael.

When Michael refuses the bribe, he orders his goon Inba to take control. Inba beats some students but faces very strong retaliation from Michael and his fellow students. He kidnaps Arjun and other candidates. However, they manage to escape with the help of Inba's ally, Dilli (Sriman). Inba follows Arjun and beats him up.

While running, Arjun manages to call Michael for help. He comes to rescue Arjun at Napier Bridge. Then Inba is handed to the police. Michael wins the four seats he and his fellow students have contested for. Sashi leaves for her hometown while Inba remains in prison. Michael, Arjun and two friends enter as politicians.

Based on 1 rating
0 user 0 critic
Did you know? The hyperlink narrative structure of the film was borrowed from Alejandro Inarritu's Mexican movie Amores Perros (2000). Read More
0 User Reviews
No reviews available. Click here to add a review.
Cast

The film was simultaneously shot in Hindi as Yuva (2004) with an entirely different cast retaining Esha Deol.

The hyperlink narrative structure of the film was borrowed from Alejandro Inarritu's Mexican movie Amores Perros (2000). 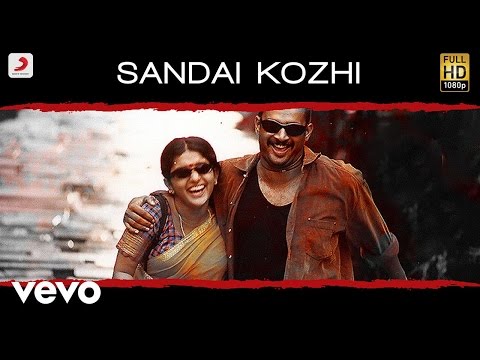