Cancel
This patriotic saga revolves around the struggles and challenges in the lives of army officers and their families. Major General Amarjeet Singh (Amitabh Bachchan) is a dedicated officer for the Indian army. His son Lieutenant Commander Vikramjeet Singh (Bobby Deol) follows in his footsteps and joins the army. Amarjeet is extremely proud of Vikramjeet but tragedy strikes when Vikramjeet is killed in action. Many years pass, Vikramjeet's son Captain Kunal Singh (Bobby Deol) joins the army but has no intentions of remaining there. He instead plans to leave, settle abroad and earn lots of money. Amarjeet is disappointed with Kunal as he hopes his grandson would do something to honour his deceased father. One fine day, Kunal comes across a desert party and sees Shweta Bhansali (Divya Khosla). It is love at first sight for him but she totally ignores him and does everything to avoid him. However she is doing this for a reason – she was once married. Shweta fell in love and married Major Rajeev Singh (Akshay Kumar), unfortunately he was deployed for action on his wedding day and he had to leave his newly wed bride. That was the last time she saw him. Rajeev has in fact been captured by Pakistani officers, when he refuses to give info on a military operation he is tortured. Will circumstances emerge for Rajeev and other POW's to escape?
See Storyline (May Contain Spoilers)

Major General Amarjeet Singh (Amitabh Bachchan) is a dedicated officer for the Indian army. His son Lieutenant Commander Vikramjeet Singh (Bobby Deol) follows in his footsteps and joins the navy.

In 1971 during the Indo-Pak war and the formation of Bangladesh, Lt. Commander Vikramjeet Singh has a ship in his command and a regiment of soldiers of the Indian Army, commandeered by his dad, Major General Amarjeet Singh. The ship comes under attack by a submarine of the Pakistani Navy, undergoes damage, and sinks along with Vikramjeet, but not before he courageously rescues about a hundred of trapped army soldiers.

Years later, Vikramjeet's son Kunaljeet joins the army as a Captain, but he lacks the values his dad and grandfather had in them about serving the country selflessly. He just wants to be employed with the army for a couple of years, then re-locate to the U.S., run a business, and make lots of money.

In order to accomplish this he always makes up excuses of not going to the front. He falls in love with Shweta Bhansali, and decides to stay in the army in order to be close to her. In order to achieve a medal, he fakes heroism; then carelessly jeopardizes a planned attack on terrorists and as a result several terrorist escape to their hideouts.

Disciplined and chastised, an injured and humbled Kunaljeet awaits to meet his sweetheart - only to find out that she is in love and married to his senior Officer Major Rajeev Singh,who is assumed to be dead but actually is a prisoner of war.

The only thread binding him to the army is broken, and it is then Kunaljeet finds out that the terrorists in collusion with rebel Pakistani officers are planning to bomb the Bhagwan Shivji's Amarnath Temple in Jammu and Kashmir in order to wipe foment communal strife. Will Kunaljeet act accordingly to save some lives, or will his rashness result in more casualties?

Tagline: An unusual journey of love.

Based on 0 rating
0 user 0 critic
Did you know? Akshay Kumar was going to drop out of the film if he had to mouth anti-Pakistani lines - he didn't want to hurt the feelings of his Pakistani fans. He rejoined the cast when his lines were rewritten. Read More
0 User Reviews
No reviews available. Click here to add a review.
Cast

Akshay Kumar asked director Anil Sharma to provide a role for one of his disabled fans. The fan, Puran Chauhan, who lost his leg in a roadside accident at the age of five, was given a small part in the film.

Akshay Kumar was going to drop out of the film if he had to mouth anti-Pakistani lines - he didn't want to hurt the feelings of his Pakistani fans. He rejoined the cast when his lines were rewritten. 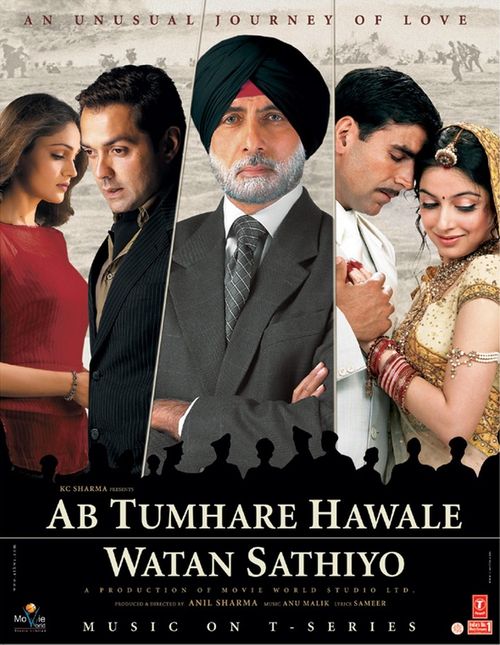 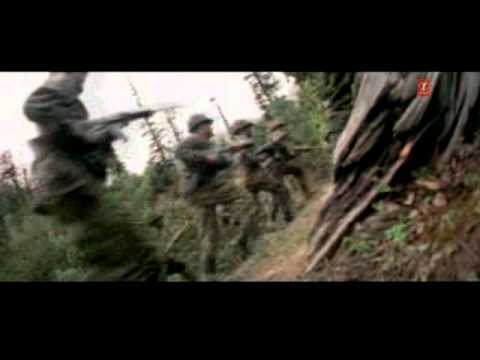 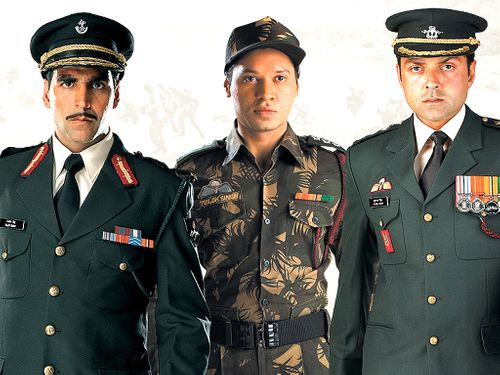