Cancel
A psychopath tries to protect his twin brother from a lady he visualizes as his evil stepmother, and eventually ends up fighting with him.
See Storyline (May Contain Spoilers)

Abhay, a psychopath, visualizes Tejaswini, his twin brother Vijay's fiancee, as his evil stepmother. He then tries to protect Vijay from her, but this leads to fights and battles between both of them. But with the intention of doing everything right, Abhay ends up committing some of the biggest mistakes of his life. Despite being a danger for the society and having some opposition from his own brother due to the circumstances created by himself, Abhay's further actions form the film's further plot.

Tagline: I don't write poems, I speak them.

Based on 1 rating
1 user 2 critic
Did you know? The film was an inspiration for the animated sequence involving fight scenes and violence in the Quentin Tarantino movie Kill Bill (2003). Read More
2 Critic Reviews

Abhay has nothing to offer to the masses or the classes
Taran Adarsh, Bollywood Hungama
0

"Abhay” will find it very difficult to find itself an audience
Vijay Ramanan, Planetbollywood.com
0

Abhay Review : An excellent film from the time when such films weren't made at all!
by Prashast on 27 Jul, 2016

Kamal Haasan is a master actor. You get the evidence from his 2001 Hindi Action film ABHAY. This film was made and released at a time when such films weren't made at all. Neither did people like them too much as they kept sticking only to romantic films. But this film shows that Indian cinema doesn't always mean the same kind of films with boring and romantic scripts. ABHAY raises the bar of Indian Cinema and extends it at par with the cinema of the world.

ABHAY is entirely a Kamal Haasan show. He once again dominates the entire film with his striking presence. Since it is evident from the posters and trailers that he plays two roles, it needs to be put forward that Kamal Haasan gives a stellar performance as the titular psychopath character Abhay. He rather deserved a national award for this, but he didn't. But the film won a national award of course, for its world class, top notch visual effects.

The other cast including Raveena Tandon, Manisha Koirala etc is good in the respective parts. In this story, all other characters except the two played by Kamal are almost pawns in this game. But that's not a negative point. It's a plus point rather.

The story and screenplay of ABHAY are both something about which I can talk about till many hours. The visual effects are completely out of the box and tremendously excellent, for these kind of visual effects didn't reach India at that time. Even today, these visuals outnumber a lot of present day movies. The fight sequences, as it's an action film, are choreographed and executed very well, especially the climax fight. The film also uses animation technology and those scenes are just outstanding.

The editing, however, seems a little tacky and could have been paid more attention to. Several sequences extend and drag a bit, in the first half. Also, the length of the film goes a little beyond the usual one, i.e, 3 hours. But one can't deny that ABHAY is an adaptation of Kamal Haasan's own "novel" Dayam, therefore this negative point can be crossed because cutting down a novel to 3 hours is something that can be well understood.

The music isn't very good, with only songs like "Dekho Abhay" and "Kal Tak Mujhko Gaurav Tha" leaving an impact, both on stereo and video. However, the other songs look good with the visuals only rather than simply listening them on stereo.

But still, ABHAY emerges as a huge victory, and rather a grand triumph: not just for Kamal Haasan, but also for the Indian Cinema.

If you really want Indian Cinema to change and if you are also looking for the films that changed it, watch ABHAY. You'll yourself believe it. 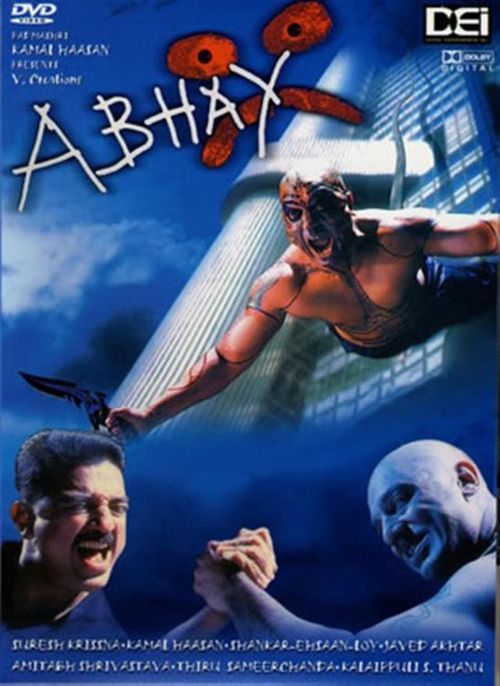 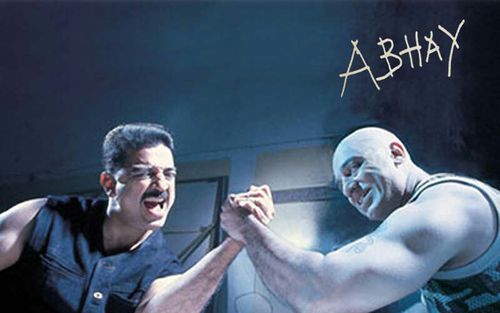 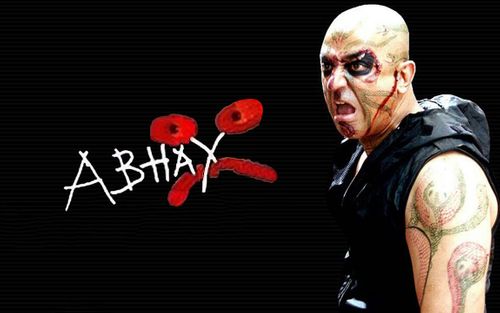 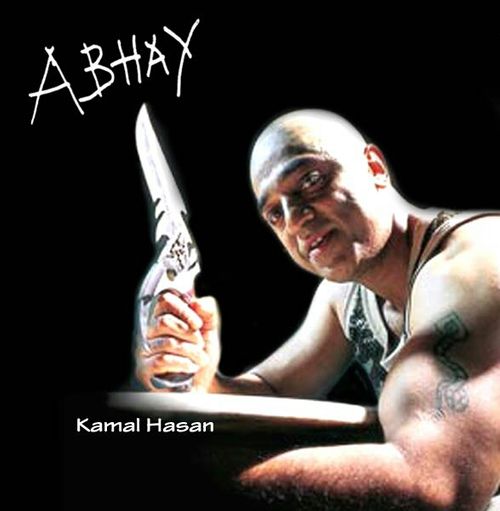