Cancel
At the age of 9, Abraham Lincoln witnesses his mother being killed by a vampire, Jack Barts. Some 10 years later, he unsuccessfully tries to eliminate Barts but in the process makes the acquaintance of Henry Sturgess who teaches him how to fight and what is required to kill a vampire. The quid pro quo is that Abe will kill only those vampires that Henry directs him to. Abe relocates to Springfield where he gets a job as a store clerk while he studies the law and kills vampires by night. He also meets and eventually marries the pretty Mary Todd. Many years later as President of the United States, he comes to realize that vampires are fighting with the Confederate forces. As a result he mounts his own campaign to defeat them.
See Storyline (May Contain Spoilers)

In 1818, Abraham Lincoln (Benjamin Walker) lives in Indiana with his parents, Nancy (Robin McLeavy) and Thomas (Joseph Mawle), who works at a plantation owned by Jack Barts (Marton Csokas). There, Lincoln befriends a young African American boy, William Johnson (Anthony Mackie), and intervenes when he sees Johnson being beaten by a slaver. Because of his son's actions, Thomas is fired. That night, Lincoln sees Barts break into his house and attack Nancy. She falls ill the following day, and dies shortly afterwards. Thomas tells Lincoln that Barts poisoned Nancy.

Nine years later, Lincoln decides to get revenge against Barts. He attacks Barts at the docks, but Barts, who is actually a vampire, overpowers him. However, before Barts can kill him, Lincoln is rescued by Henry Sturgess (Dominic Cooper). Sturgess explains that vampires exist, and offers to teach Lincoln to be a vampire hunter. Lincoln accepts and, after a decade of training, travels to Springfield, Illinois. During his training, Sturgess tells Lincoln that the vampires in America descend from Adam (Rufus Sewell), a vampire who owns a plantation in New Orleans with his sister, Vadoma (Erin Wasson). Sturgess also tells Lincoln of the vampires' weakness, silver, and presents him with a silver pocket watch.

Lincoln successfully finds and defeats Barts. Before dying, Barts reveals that Sturgess is also a vampire. Lincoln confronts Sturgess, who reveals that, several years ago, he was attacked and bitten by Adam. Because Sturgess' soul was impure, he became a vampire, and that prevented him from harming Adam or any other vampire (since "Only the living can kill the dead"). Sturgess has since been training vampire hunters, hoping to destroy Adam.

Disappointed, Lincoln decides to abandon his mission. However, Adam learns of his activities and kidnaps Johnson to lure Lincoln into a trap at his plantation. Adam captures Lincoln and tries to recruit him, revealing his plans to turn the United States into a nation of the undead. Speed rescues his friends, and they escape to Ohio.

Lincoln marries Mary and begins his political career, campaigning to abolish slavery. Sturgess warns Lincoln that the slave trade keeps vampires under control, as vampires use slaves for food, and if Lincoln interferes, the vampires will retaliate. After Lincoln's election as President of the United States of America, he moves to the White House with Mary, where they have a son, William Wallace Lincoln (Cameron M. Brown). He eventually signs the Emancipation Proclamation, setting the American Civil War in motion. William is later bitten by Vadoma and dies.

Confederate President Jefferson Davis (John Rothman) convinces Adam to deploy his vampires on the front lines. Lincoln orders the confiscation of all the silverware in the area and has it melted to produce silver weapons. Speed, believing that Lincoln will lead them to death, defects and informs Adam that Lincoln will transport the silver by train.

On the train, Adam and Vadoma attack Lincoln, Sturgess, and Johnson, who have set fire to the upcoming trestle. During the fight, in which Speed is killed, Adam learns that the train holds only rocks. Lincoln reveals that Speed's betrayal was a ruse to lure Adam into a trap. Lincoln uses his watch to stab Adam, killing him, and the three escape the train before it explodes. Meanwhile, Mary and the ex-slaves have transported the silver to Gettysburg through the Underground Railroad.

The now leaderless Confederate vampires stage a final, massive assault and are met head on by the Union. Armed with their silver weapons, the Union soldiers destroy the vampires and win the war.

A few months later, on April 14, 1865, Sturgess tells Lincoln that the remaining vampires have fled the country. Sturgess unsuccessfully tries to convince Lincoln to allow him to turn Lincoln into a vampire, so that he can become immortal and continue to fight vampires. That night, John Wilkes Booth kills Lincoln.

In modern times, Sturgess approaches a young man at a bar in Washington, D.C. as he once approached Lincoln.

Based on 0 rating
0 user 0 critic
Did you know? Shipped to the cinema with codename "Bloody Honest". Read More
0 User Reviews
No reviews available. Click here to add a review.
Cast

Revealing Mistakes
After the battle on the horses and the roll down the hill, Abe loses the ax that is picked up and swung by Barts. The ax then hits a log next to Abe's head and it is clearly seen that it bounces against the log.

Factual Mistake
On the train Will Johnson is seen loading a cap and ball style revolver by inserting a ball into the rear of the cylinder. The cylinder would actually have been loaded from the front, each chamber like a small musket, with powder first and then a ball.

Factual Mistake
Lincoln's stove pipe hat supports the full weight of Mary Todd. Any hat of this sort would easily collapse under the slightest weight of anyone's foot.

Factual Mistake
Lincoln recalls his father dying in 1827, but in fact Thomas Lincoln lived until 1851.

Factual Mistake
Abraham Lincoln's big sister Sarah, and his stepmother who was another Sarah, do not appear at all in the film. They should have been prominent in scenes of young Abraham's life. The stepmother even outlived Lincoln, dying in 1869.

Continuity
When Abraham is thrown on the ground during his first vampire fight, he receives numerous scratches on his chest, his clothes are torn in pieces and covered in his own blood. When he wakes up in the bed there is not even a single wound or mark on his chest.

Continuity
When the young slave gets whipped by the slave owner in the beginning of the movie, the location of the scar below his left eye changes between scenes.

Continuity
During the Gettysburg Address, Lincoln's hat and gloves disappear and reappear between shots.

Errors in Geography
When Lincoln is on the boat coming into New Orleans, St. Louis Cathedral is on the upper right side of the river, that part of the Mississippi River is the only section that flows north. Meaning, instead of coming down the river from St. Louis the cathedral should be on the left, they were coming up the river from the Gulf of Mexico.
Trivia:
Although both are credited to the same author Seth Grahame-Smith, the book and movie sharing the title "Abraham Lincoln: Vampire Hunter" are very different. Adam and Vadoma do not appear in the book - they were created to satisfy the fantasy-action movie tradition's demand an "archnemesis". In the book Henry was born in the 1500s and Abe recognizes him as a vampire at first sight. Vampiric twists are given to many well-known trivial anecdotes from Abe's biography, as well as additional Civil War battles such as Bull Run and Antietam. There are tangential subplots involving historical figures such as Edgar Allan Poe, William Henry Seward, General George B. McClellan, and John Wilkes Booth. (The movie's inclusion of Harriet Tubman, who was not in the book, may attempt to compensate for this loss.) Mary Todd Lincoln never learns about vampires. Vampires are able to kill other vampires, and there are many "vamp on vamp" battles whose absence is considered by book fans to be one of the film's largest shortcomings. There is also a surprising twist at the end.

Seth Grahame-Smith, who wrote both the screenplay and the novel on which the movie is based, explained to Time Magazine that (contrary to many audience members' assumptions) the text-sending man in the bar, whom Henry recruits as his latest partner at the end of the movie, was not meant to be George W. Bush, Barack Obama, or any other real-life public figure. It's just the average man. To quote: "It's not meant to be anyone particular, it's just meant to sort of dovetail with the earlier scene of Henry and Abe." He also said that he himself played the texting man.

In the film the Whitehouse has a balcony which is a historical inaccuracy. The balcony was not added until Harry S. Truman became president.

At the end of the film, when Lincoln says goodbye to Henry, his wife Mary called him saying that they will be late for the theater. That theater excursion was the last made by Abraham Lincoln, who was assassinated in Ford's Theatre in Washington by John Wilkes Booth on April 14, 1865, dying in a coma at 7:22 the next morning.

The scene where President Lincoln works at a large Oval Office desk while his son Willie plays with toys beneath it, is based on an iconic photograph of President John F. Kennedy and little John Kennedy Jr.

Shipped to the cinema with codename "Bloody Honest".

Trent Reznor was approached about scoring and playing a minor part in the film, but the news leaked before the final decision and Reznor voted to pass on the project as the surprise element of his participation had already been lost.

Benjamin Walker promoted the film in character for armed services personnel aboard the USS Abraham Lincoln, an aircraft carrier named for the historical President he plays.

Joaquin Phoenix was the first choice for the role of Henry Sturgess, but turned it down.

When Adam bites Henry, Rufus Sewell had never played a vampire before. No one had given him "the talk" on how to perform a vampire bite which led to him accidentally breaking his fake vampire teeth. They were longer than he had realized.

Tom Hardy was approached for the title role of Lincoln, but had to turn it down due to scheduling conflicts with The Dark Knight Rises (2012). Later, Eric Bana, Timothy Olyphant, Adrien Brody, Josh Lucas, James D'Arcy, Rob Huebel and Oliver Jackson-Cohen were considered to play the role before Benjamin Walker was cast.

Benjamin Walker previously appeared, in 2010, in a stage production called "Bloody Bloody Andrew Jackson." In both that play and this film, he plays a title character who is a fantasy version of a real-life American President.

This was Rufus Sewell's first time playing a vampire. 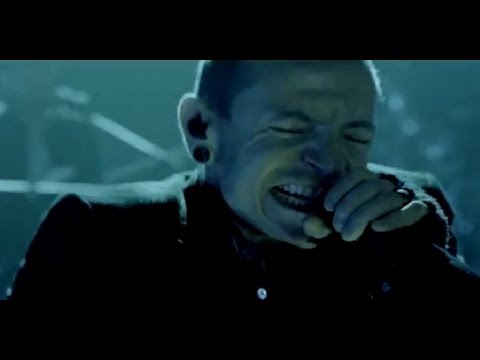 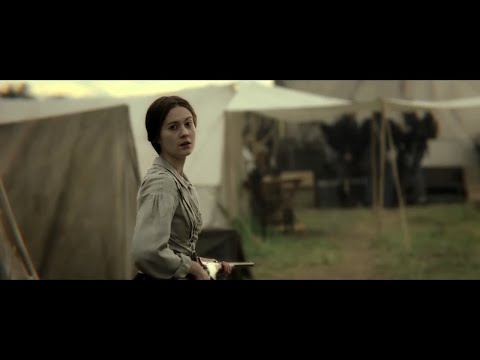 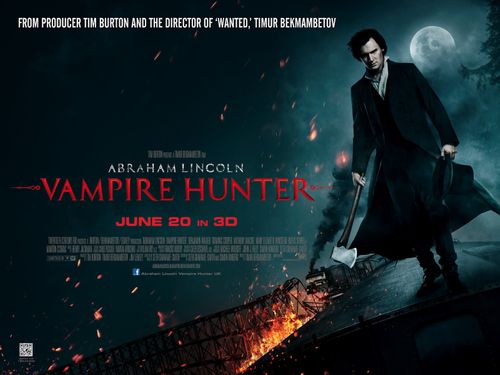 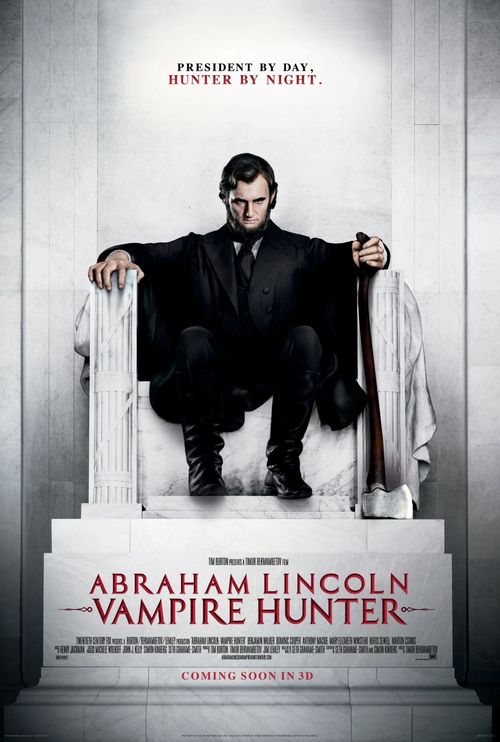 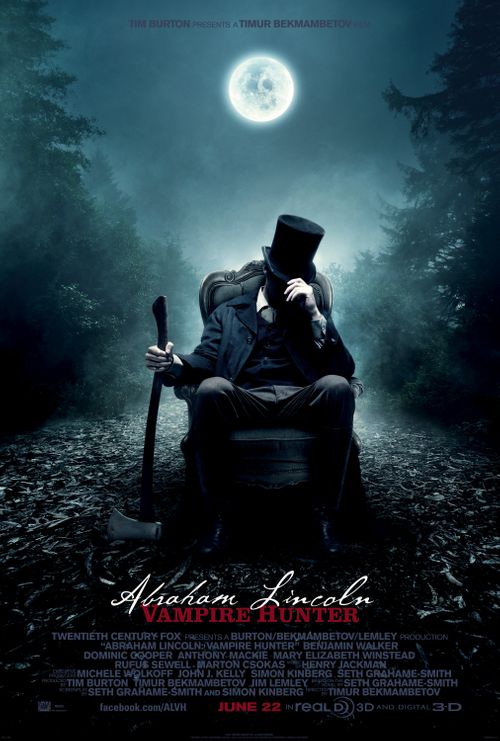 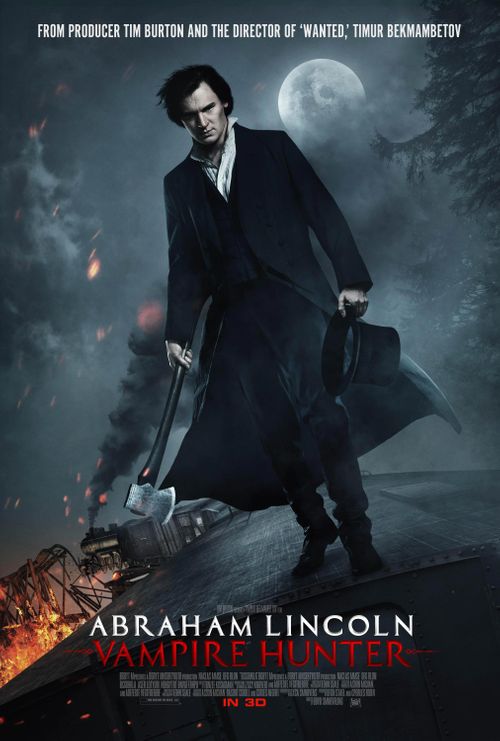 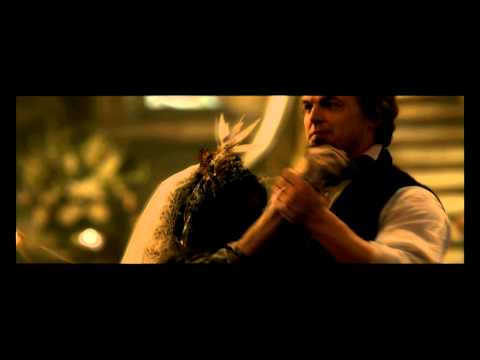 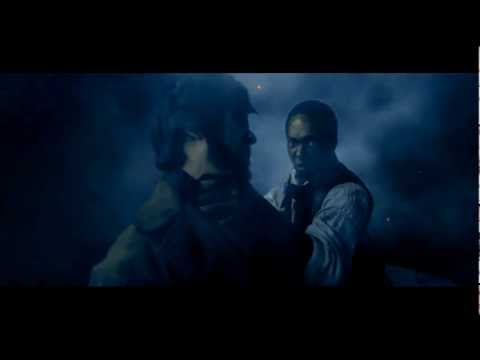 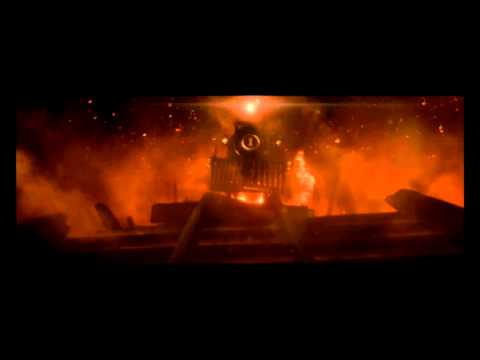