Cancel
Dark and intense, this action-oriented drama follows the trials and triumphs in the life of Vijay Chauhan aka ‘Bhai’ (Bachchan) witnesses his schoolmaster father (Nath) being falsely implicated in a scandal with a prostitute and lynched by the villagers. Bhai grows up to become a gangster and encounters the main villain Kancha Cheena (Denzongpa) in a luxurious place in Mauritius. He joins the villain’s gang only to have him arrested by the police. When Cheena is released (by arranging to have a key eyewitness killed), Vijay murders Cheena after negotiating the ‘path of fire’ referred to in the film’s title. Will there be any hope for redemption of Vijay's wounded spirit?
See Storyline (May Contain Spoilers)

Embedded with raw violence and charged emotions, this intense crime drama begins with a morally upright and honest Gandhian Schoolmaster, Deenanath Chauhan (Alok Nath), teaching his son, Vijay Deenanath Chauhan about a poem, 'Agneepath', which describes 'The Path of Fire' which a man must cross in his life.

This theme becomes an integral part of the story. Master Deenanath is a well-loved person, who wishes to bring education to the Village, Mandwa. However, his wish is not shared by a corrupt jamindar, Dinkar Rao (Goga Kapoor).

One day, as Vijay and his friends play about near Rao's house, a man named Kancha Cheena (Danny Denzongpa) arrives at the house, and Rao hands over some papers to him, which, Rao tells him, are the Title Deeds of all the Villagers' homes. Kancha's plans are revealed then: he wishes to make Mandwa a centre for his drugs trade, as he wishes to rule a place where the laws are lax and is not on the map of India.

Vijay's Mother is devastated, and the image of the schoolmaster is so tarnished that 12-year old Vijay had to carry his corpse to the cemetery on a cart. The family leaves for Mumbai to begin life anew. There, Vijay does odd jobs to earn for his family. It is also there that he learns about the harsher truths of life. He burns down a Petrol Pump because the owner of the Pump tried to rape his Mother. Vijay is caught in the act by Inspector Gaitonde, who tries to redeem the boy. He is then hired by four of Kancha's enemies.

Then we see an older Vijay, 36 years old, now a gangster with a drawling, raspy voice and stylish gait, who works for four of Kancha Cheena's enemies, namely Terelin, Shetty, Usman Bhai and another. Vijay slowly eliminates his bosses and works his way up the echelons of crime, becoming a feared and reputed gangster in Mumbai. Then Vijay tries to cut a deal with Kancha, and gradually brings about his Empire's downfall. However, in an action-packed climax sequence, Kancha holds Vijay's wife, Mary, his sister and his mother hostage, and challenges him to a showdown, daring him to cross a rubble-laden, path of fire. In spite of being shot twice, Vijay kills Kancha. In an emotional sequence, Vijay drags his mother to the remains of their old house in the village, now a smoldering pile of brick, reciting "Agneepath". Vijay passes away, with his head on his Mother's lap, culminating in an emotional end, in which Vijay's mother remarks to the end, "My son is not a gangster. He is not a gangster."

Tagline: The path of fire

Based on 0 rating
0 user 0 critic
Did you know? Tinnu Anand, who plays Amitabh Bachchan's uncle, shaved his head to create an apparent age difference between them. Read More
0 User Reviews
No reviews available. Click here to add a review.
Cast

Shakti Kapoor
as Himself

Amitabh Bachchan was initially criticized for his voice in the film, but his role would go on to become one of his most memorable and imitated characters.

To give him a gangster look, Amitabh Bachchan's mouth was stuffed with cotton wool underneath both cheeks, as was Marlon Brando's in The Godfather (1972).

Tinnu Anand, who plays Amitabh Bachchan's uncle, shaved his head to create an apparent age difference between them. 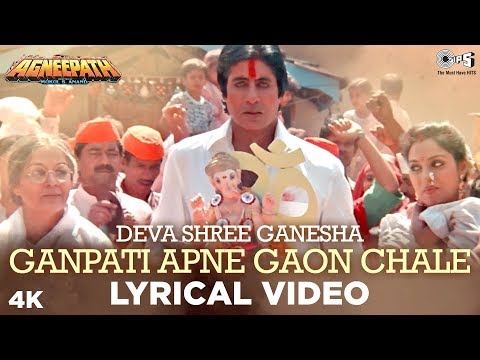