Cancel
Evocative and eloquent, this artistic period drama follows the fluctuating fortunes in the life of Arvas, a Brahmin who has become a performing actor. He loves Nittilai who reciprocates his love, but seeks approval of her father and her village's elders before marrying him. This multi-layered relationship saga delves into concepts of fidelity, loyalty, love and sacrifice through the experiences of Arvasu and his family. Arvasu's brother performs a ritual ceremony to ensure that the community is released from drought and famine. After great penance and loss, Arvasu is allowed a boon by the gods. However, the question remains, will he choose to fulfill his own personal desire or sacrifice for the greater good?
See Storyline (May Contain Spoilers)

In a kingdom stricken with drought for past few years, Arvasu (Milind Soman), a brahman loves Nittilai (Sonali Kulkarni) a tribal girl, who seeks approval of her father and village's elders before marrying him. Arvasu's brother, Parvasu (Jackie Shroff) has been conducting a major prayer ceremony to appease god of rains, Indra (Amitabh Bachchan).

Arvasu's father, Raibhya dislikes both his sons and suspects Vishaka (Raveena Tandon) Parvasu's wife, of having an affair with Yavakri (Nagarjuna),based on the fact that Yavarki and Vishaka loved each other, before Yavarki left village to worship Devraj Indra. On day of his return, Yavakri finds Vishakha returning from well. She at first refuses him but ultimately gives up and they start making love in the woods. Nittilai and Aravasu see them.

Upon reaching home, on being accused of adultery by Raibhya, Vishakha enraged tells him that she was with Yavakri. An enraged Raibhya summons a Brahm Rakshas (Prabhu Deva) to kill Yavarki. He also declares that Yavakree can save himself if he enters the ashram of his father, this shall declare him as a coward. Yavakri, wanting to prove his strength waits for the demon to arrive.

Vishakha warns him and tells him to flee to his father's ashram, which shall force Raibhya to immolate himself. The demon slays Yavakree in one shot. Vishakha pleads Arvasu to cremate him; this delays his appointment with Nittilai's father and her village elders, and as a result she is forced to marry a fellow tribesman.

Parvasu sneaks in the night to meet Vishakha. Vishakha confesses everything and begs him to kill her, but Paravasu raises the arrow and shoots at his father. The next day when Aravasu comes to the city after cremating his father Paravasu subsequently blames Arvasu for this and has him badly beaten up.

When Nittilai hears of this, she comes to the rescue of Arvasu, and finds that she is being hunted by her husband and her brother, who will kill her on sight for dishonoring the tribes customs.

Sutradhar (Raghuvir Yadav) arranges an act to entertain the Devas an choses Arvasu an important role. During the act, under the influence of bhang, Arvasu goes berserk, destroying the havan and throwing the offerings to the starved locals. Nittilai, in an attempt to stop Arvasu exposes herself and is killed by her husband; Parvasu admits failure, confessing his murder of his father and cremates himself in the yajna's pyre.

Finally appeased, Devraj Indra appears, and Arvasu is allowed a wish of his choice. Brahm Rakshas comes and begs him to set his soul free while Aravasu himself wants Nittilai back to life. Aravasu, with teary eyes asks Indra to set the Demon's soul free, which is followed by rain.

Tagline: An epic tale of love and sacrifice

Based on 0 rating
0 user 0 critic
Did you know? Arjun Sajnani knew Amitabh Bachchan from college days, which made it easier for him to convince the man into playing the cameo. Read More
0 User Reviews
No reviews available. Click here to add a review.
Cast

The movie is a cinematic version of Girish Karnad's play "The Fire and the Rain", which Arjun Sajnani staged for a couple of years.

The whole movie was shot in Hampi (southern Indian state of Karnataka).

The movie was the opening film at the Commonwealth Film Festival, Manchester, England, on June 28. The festival went on till July 7.

A dance sequence was incorporated into the script especially to showcase the dancing abilities of South Indian cinema's star-dancer "Prabhudeva". He has choreographed the dances himself, along with "Bhushan Lakhandri" and famed dancer Daksha Sheth.

This movie was shot over 65 days.

The first choice for Raveena Tandon's role was Shabana Azmi. Shabana declined as she couldn't co-ordinate her schedule with the shooting dates

Arjun Sajnani played Lord Indra's role in the play, which Amitabh Bachchan played in the movie.

Raveena Tandon was apprehensive about working with a first-time director. But when she met director Arjun Sajnani and had a long sitting with him and re-considered her decision.

When the director approached Prabhudeva with the role, he just looked at the director and said, "So where's the dance?" Sajnani informed him "There's no dance. I want you to do this role because I think you're the only one who can do it." Prabhudeva was surprised, a bit apprehensive, but finally agreed.

The film was screened at the American Film Market, Los Angeles, in February 2002

Arjun Sajnani knew Amitabh Bachchan from college days, which made it easier for him to convince the man into playing the cameo.

Originally Ravina Raj Kohli of Channel 9 showed interest in producing the project but on September 16, 2000 she sent a letter to director Arjun Sajnani stating that they would be shutting down and not be producing the film any longer. Eventually IDream Productions took over. 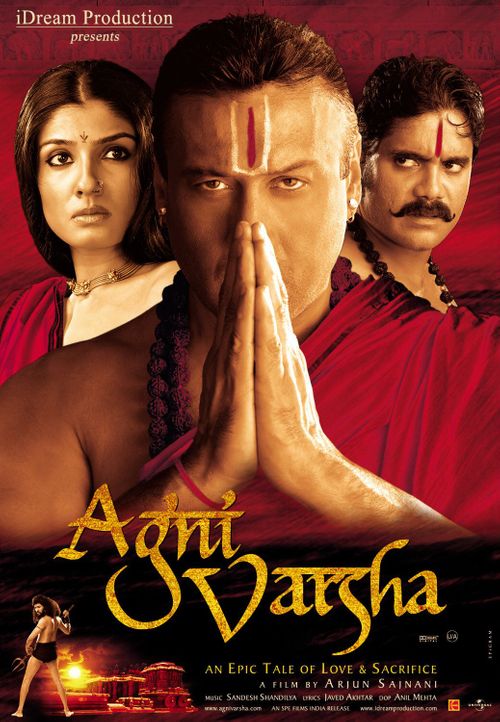 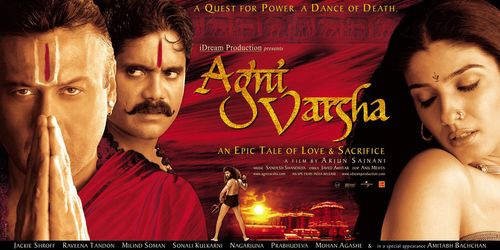 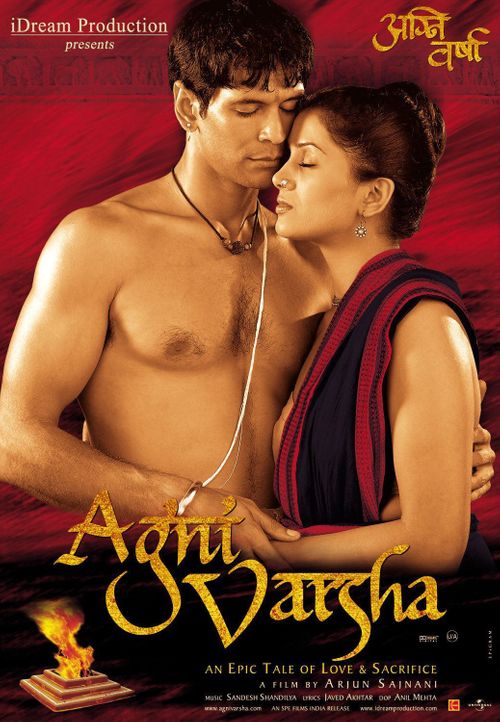