Cancel
A new couple get married and move to Switzerland. They make friends with their new neighbors Akshay Kumar and Bipasha Basu. Life seems perfect until one day when Raj wakes up in Vicky's house and finds out that Vicky's wife has been murdered. Raj is accused of the murder but flees from the authorities in order to prove himself innocent.
See Storyline (May Contain Spoilers)

Raj Malhotra (Bobby Deol) and Priya (Kareena Kapoor) meet by chance and fall in love. They marry with Priya's father's (Dalip Tahil) consent and reside in Switzerland afterward, where they meet an Indian couple: Vikram Bajaj (Akshay Kumar) and Sonia (Bipasha Basu). The couples quickly become friends and decide to go on a Christmas vacation to Mauritius.

There, Raj sees Vikram with another woman, looking intimate. Sonia also begins to try to seduce Raj. When Vikram notices Raj looking at Sonia and talks to him about wife swapping, this upsets Raj and a fight breaks out between them. However, a couple of days later, the two couples become friends again. On Vikram's birthday, the two men get drunk and find themselves in each other's house.Next morning Raj goes for jogging where he thinks about Priya sleeping with Vicky. The next morning, Sonia is found dead, and Raj is accused of her murder. Raj manages to escape from court, and the Swiss police chase him. He meets Priya, who eventually believes his innocence and aids him in finding proof. When he decides to search Vikram's house, Vikram interrupts him midway, tells him that everything was planned by him, and calls the police. Raj escapes in Vikram's car with Priya.

Raj finds a boarding pass that belongs to Sonia Bajaj, which states that Sonia arrived in Zurich on 29 December—however Sonia was supposedly murdered that night. Raj suspects her to be the girl he saw with Vikram, travelling to Geneva together. In Geneva, Raj meets an insurance officer who is trying to find evidence that Vikram was involved in the death of his wife to get the life insurance payment of 100 million dollars that was on Sonia. Raj gives him the boarding pass, which is enough for them to stall the payment, but it's too late. Vikram has already received it and transferred it to his account. Raj hacks into Vikram's bank account and sees that Vikram has transferred the money onto a cruise ship so they follow him there. There, they see Vikram dancing with a girl, who is revealed to be Sonia, alive and well.

In the climax, Vikram himself explains the whole plan to Raj that the girl he saw in Mauritus was his real wife Sonia Bajaj (Mink Brar) and the girl with him that they were introduced to is his girlfriend Neeta (Bipasha Basu). At first, he was only a drummer and Neeta was a dance-girl. He wanted to get rich, so he married a rich woman and approved an insurance of his wife for 100 million dollars. He thought of a plan to kill his wife to get the amount of the insurance. Raj then takes Vikram to a computer to show him his bank account. He tells him that he had guessed his password, "Everything is planned", something that Vikram used to say a lot, and used it to transfer the money back to the insurance company. He also reveals that everything Vikram said had been recorded. A fight erupts between the two and Neeta dies in the conflict. Angered at losing Neeta, Vikram gets aggressive, killing the insurance officer and seemingly killing Raj. He chases Priya to kill her too when Raj, who was only playing dead, saves her. Vikram dies during the fight by an anchor piercing through his heart, and dies on the spot. Now proved innocent, Raj and Priya move back to India.

Tagline: Trust no one

Based on 0 rating
0 user 0 critic
Did you know? Akshay Kumar's performance in the film won him the Filmfare Award for Best Villain. Read More
0 User Reviews
No reviews available. Click here to add a review.
Cast

Akshay Kumar's performance in the film won him the Filmfare Award for Best Villain.

Kareena Kapoor and Bipasha Basu had many fights during the making of the film.

This movie marked the first time the bold theme of wife swapping was used in Bollywood. 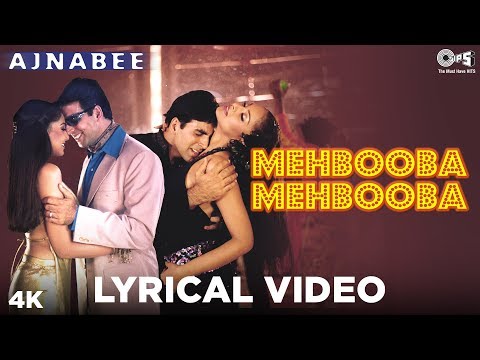