Cancel
Tony (Govinda) works as a guide, helping tourists, and showing them his native land. Nina (Namrata Shirodkar) finds Tony adorable, but Tony is in his own world, and does not reciprocate her attentions. When Sonia (Aishwarya Rai) for a tour of the surroundings, and is immediately taken-up with Tony and his easy manner. Tony mistakes this for love, and is smitten by her beauty. But Sonia already has a sweetheart, and so what will convince him that Sonia does not have similar feelings for him?
See Storyline (May Contain Spoilers)

Tony (Govinda) is an easy-going and popular tour guide. One day a fortune teller tells him that a blue-eyed princess from overseas will enter his life and change it forever. She is the dream girl that he has been searching for.

On the way from Austria to an intended holiday in Singapore, Sonia (Aishwarya Rai) and her nanny stop off in Mumbai. When their connecting flight is delayed Sonia decides instead to travel to Malaga (which is implied to be near Goa), the birthplace of her mother, who died when Sonia was very young. Sonia has been brought up by her father (the Austrian Ambassador) since her mother mysteriously abandoned the family to return to Malaga. Although Sonia knows her father will be very angry with her - he hates India and Indians due to his wife leaving him - Sonia wants to see her mother’s grave for the first time. She convinces her father to let her stay in Malaga for a few days in order to fulfil her wish.

Upon arrival in Malaga, Sonia meets Tony and hires him to show her the area and to help her find her mother’s grave. As Sonia and Tony see the sights of Goa and find her mother’s grave, Tony begins to fall in love with Sonia and it appears Sonia is very fond of him. Unbeknownst to Tony, his childhood friend Neena (Namrata Shirodkar) is in love with him and she does not take kindly to him spending all his time with Sonia.

One day when Sonia is travelling with Tony, she sees a man in the distance. Flashbacks show that the man is Prem Arya (Jackie Shroff), an Indian journalist who Sonia met in Austria when he was interviewing her father. Prem and Sonia became friends, fell in love and hoped to marry. When Sonia’s father found out, he forbade them to marry because Prem is Indian, and although they are deeply in love, they agree to separate.

Returning to the present, Sonia is shocked to find Prem is in Malaga. When she sees that Prem has written an article about Tony and that they are good friends, she asks Tony to organise a lunch on the pretence of meeting the author of the article. Prem agrees to the meeting and is startled to see Sonia. When Tony goes to order lunch, Sonia reveals to Prem that she is still in love with him and is sorry about having to leave him in order to keep her father happy. Prem tells her that there is no point in having these feelings as there is nothing either of them can do about it and, overcome by emotion, he leaves. When Tony returns from ordering lunch, Sonia says she wants to leave too, resulting in a very confused Tony.

The next day Sonia calls Prem and admits he still loves her and has not been able to stop thinking about her. They begin to spend time together and after returning from one outing with Prem, Sonia admits to her nanny that she is in madly in love with Prem and that he is a wonderful and kind person. Tony overhears this and believes Sonia is referring to her feelings for him. On another occasion Tony and Neena join Prem and Sonia on their outing. It is obvious to both Prem and Sonia that Neena loves Tony and so Sonia attempts to tell Tony that Neena loves him. Tony mistakes her comments and, in combination with what he has already overhead, believes that Sonia is trying to tell him that she loves him.

As Sonia and Prem spend time together, Sonia realises that her true happiness lies in being with Prem. Unfortunately Sonia’s father travels to Malaga to surprise her and discovers that Sonia has been seeing Prem again. He believes that she intentionally travelled to Malaga to see Prem and does not believe that it was a coincidence. He forbids Prem to see Sonia and orders Sonia to pack, intending to take her back to Austria straight away.

Sonia advises Tony that she will be returning to Austria and he is devastated. Sonia invites Tony to join her in Austria and Tony willingly accepts. Neena is extremely upset but Tony thinks this is because he is leaving her alone in Malaga – he assures her that he will find a job for her once he is settled in Austria and continues happily packing in preparation for his journey.

Sonia makes one last trip to the cemetery and is met by a priest who tells her the true reason of her mother’s return to Malaga. When she gets to the airport she is met by Tony who tells her that he cannot go with her to Austria anymore, he has discovered a message left for him by Neena, revealing her feelings and wishing him happiness in his new life. He tells Sonia that he knows she loves him and although he loves her in return, he realises that Neena relaise on him and will not cope if he leaves. Achieving his dream of being with Sonia will be at the expense of Neena and he is not prepared to do this.

Sonia tries to tell Tony that she does not love him but he leaves quickly, not wanting a sad farewell. Sonia’s father makes derogatory comments Indians and about Tony not joining them, but Sonia defends Tony and tells her father of his sacrifice. After seeing this sacrifice, Sonia realises that she cannot give up Prem just to keep her father happy and begs him to let them marry. Her father still refuses and makes further derogatory comments about Indians and her mother and this is when Sonia reveals the truth – that her mother was diagnosed with a contagious disease and so made the sacrifice to leave the two of them and die alone in India, so that they would not get sick. She gives her father letters written by her mother (but never sent) and he apologises to Sonia and tells her to go to Prem.

Tony and Neena are happily sitting in a restaurant when Tony notices Sonia at another table with Prem. Tony believes Sonia has not left Malaga because she wants to be near to him (Tony). Tony comments that although she looks quite pale and sad, Sonia will eventually get over her feelings for him. At Sonia and Prem’s table, Sonia suggests to Prem that they should thank Tony because it was he who brought them together, and she also wants to clarify with Tony that she never had feelings for him. Prem stops her and advises that some dreams are so beautiful that they should not be destroyed - that it is better for Tony to believe that he gave up a princess for an ordinary girl.

Based on 0 rating
0 user 0 critic
Did you know? This is the first film in which Govinda and Jackie Shroff act together. Read More
0 User Reviews
No reviews available. Click here to add a review.
Cast

This is the first film in which Govinda and Jackie Shroff act together. 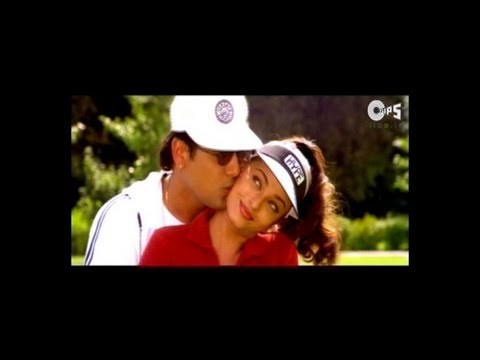 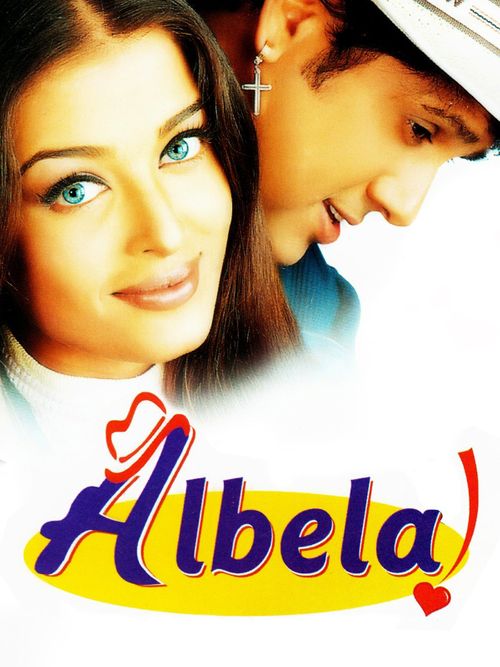 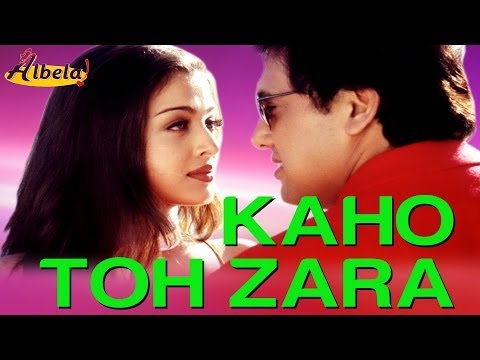 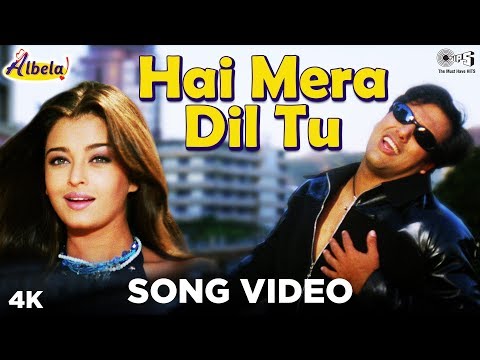 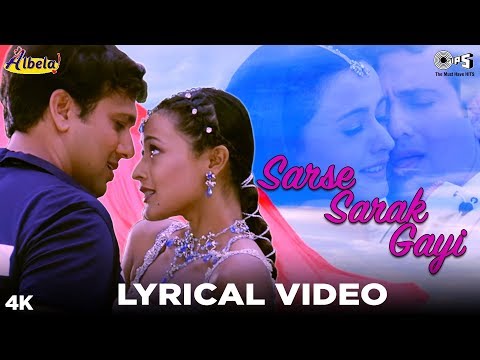 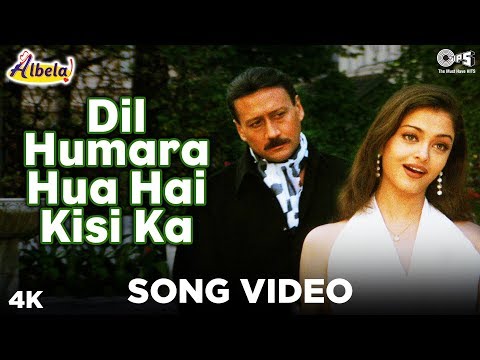 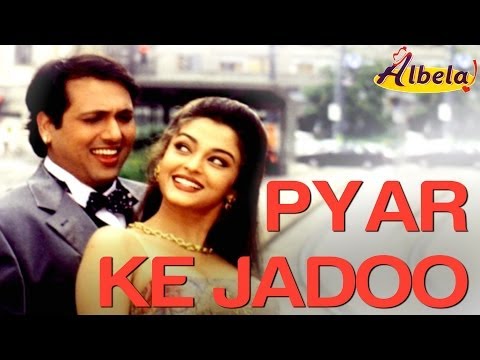 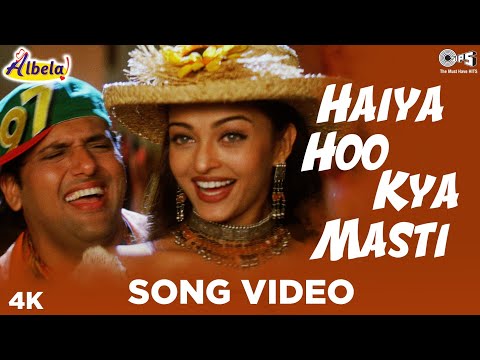