Cancel
Set amidst the psychedelic colours and chaos of the 1980s, this is a youthful, action-oriented and emotionally-charged college love story, that is based on a real-life incident.

Based on 9 ratings
6 user 7 critic

Based on 4 ratings
6 user 7 critic
Did you know? Actor Sathya, who plays the lead role in the film, is the brother of actor Arya, who is the film's producer. Read More
7 Critic Reviews

This is not going to be merely a love story but an immortal one that is poetic as well
M Suganth, The Times of India
0

'Amara Kaaviyam' though fleetingly good, is not the thriller that it should have been, and is not the romance it intended to be
Sudhir Srinivasan, The Hindu
0

Amara Kaaviyam….This would be Jeeva Shankar’s second outing after the stupendous success of “Naan“. That movie made an impact on box office, he totally transformed his work and mellowed down with a soft and sweet love story involving 2 adolescent children who happens to do the same mistake like every child does it in that age…Fall in Love!! , It’s a story set in late 80’s with Ooty convent in the backdrop. Jeeva chose apt characters to play this young love, which was the strong point of the movie, rather forcing a established actor with high value looking like a child. Sathya(Jeeva) and Mia George(Karthika) are the 2 love birds who makes everyone go back to the old 80’s set up of love story.

The movie gets it’s credibility from the art directors who have worked well to give the look and feel of the movie, lush landscapes with old set up of Ooty, gives you a huge relief from the heavy urban masala flicks which have been fed to us off lately. Jeeva kept even the minute details in mind and gave a convincing look to the flick. Love story without whatsapp and Facebook, only traditional love letters and landline phones or popping up at your loved one’s house with false reasons, these cute little things makes Amara Kaaviyam interesting and engaging.

It may not be a debut for Sathya, but I would say this one is a perfect start to his career in the industry. Brother of successful Arya, has the boyish charm, which captivates the ladies, his role as Jeeva was done to perfection. His gentle smile, stern glares and they way he blushes in romantic scenes brings a great feel to the character “Jeeva“. He played the role with utmost dedication, his performance in the emotional scenes were remarkable, love the way he emoted. Sathya should be seen in good roles in future.

Another great find to Tamil Cinema was Mia George as Karthika, she was outstanding, a perfect girl next door who will take a boy’s breath away at first glance, as Karthika she gave a very convincing performance and in the end she makes everyone fall in love with her, her acting skills are more than a school girl, I’m sure she will shine in the industry.

The cinematography by Jeeva himself was delectable, takes you at a serene place with no noise and busy hustle, which was well supported by Suriya’s editing. Ghibran’s score requires a special mention, it was perfectly matched with the story and the background score leaves you humming even after the movie is over.

Amara Kaaviyam is a well made teenage love story with a set up of Romeo&Juliet in the back drop, which packs great performances by the lead. A good escape from the usual commercial pot boilers!!!

Thank you team for giving this wonderful love journey. Amazed with the screenplay and music.

Music is the first temptation to brought me to theatre.
by Hemanth Suryaprakash on 08 Sep, 2014

Today noon I watched this movie . Main reason is I've downloaded the entire songs from the movie and I started listening to that. Such a fantastic come back for Gibran sir. Feeling happy to hear wonderful love melodies after a long time. 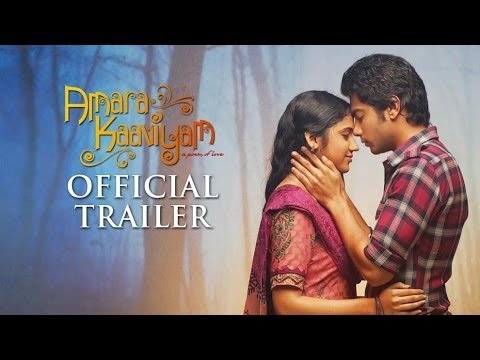 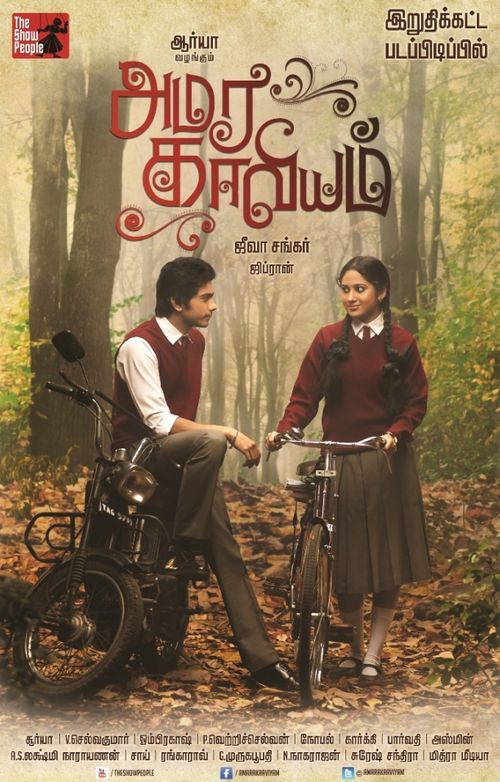 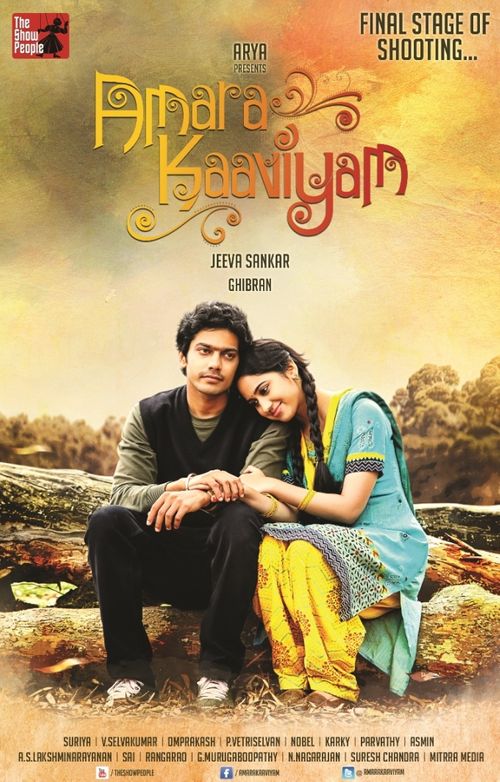 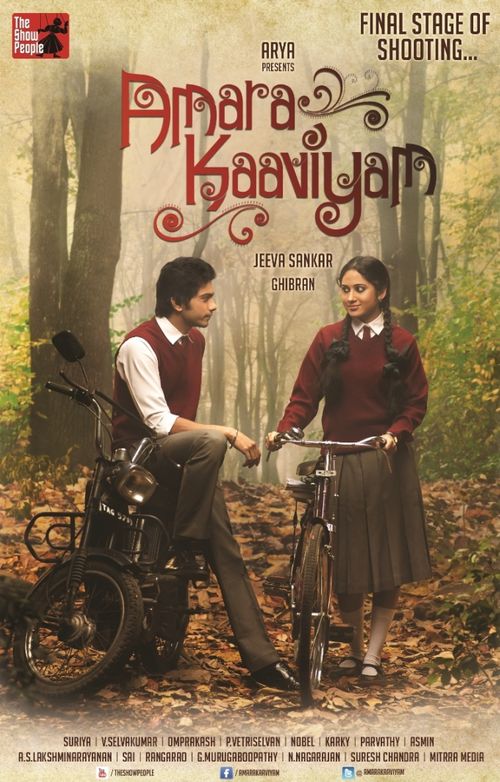 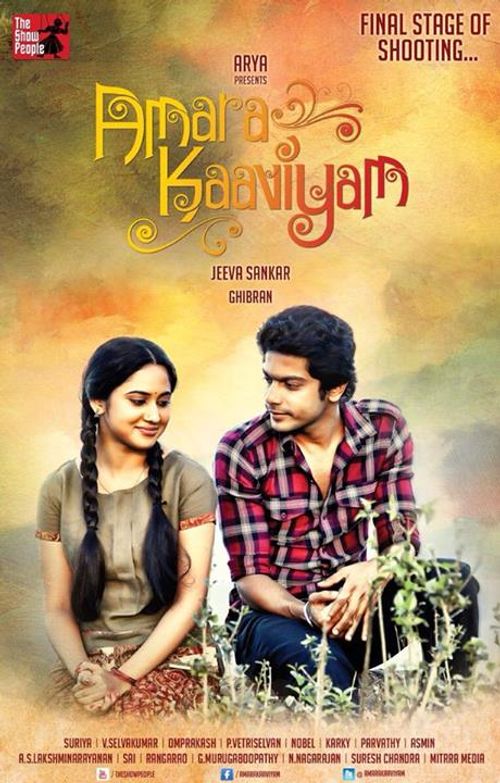 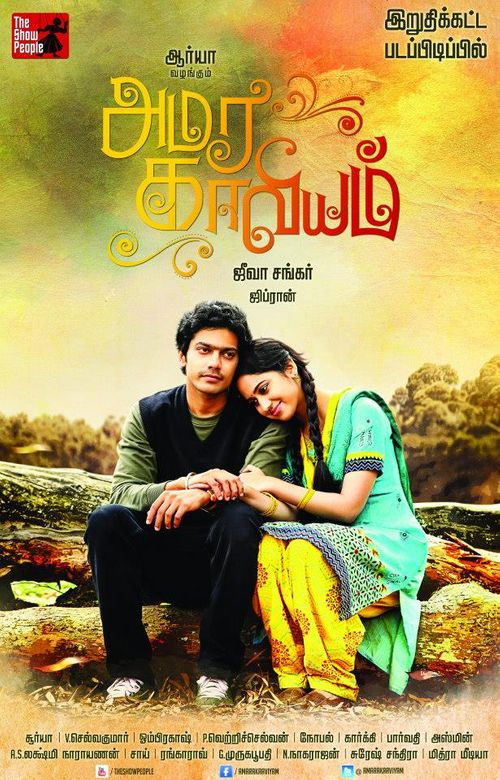 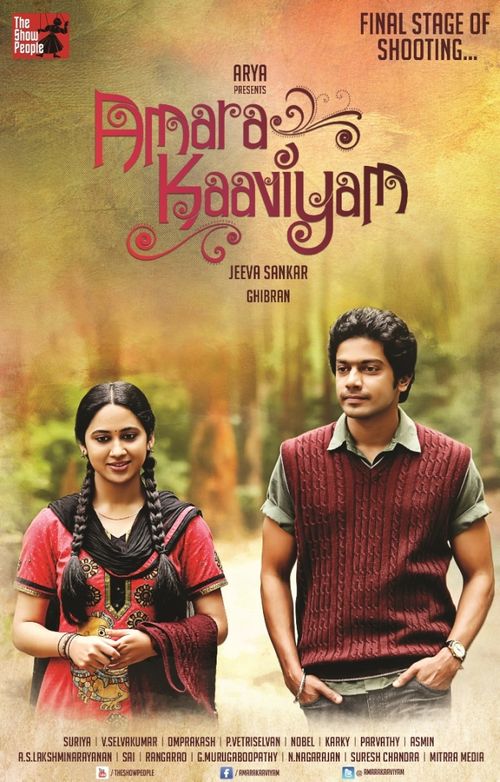 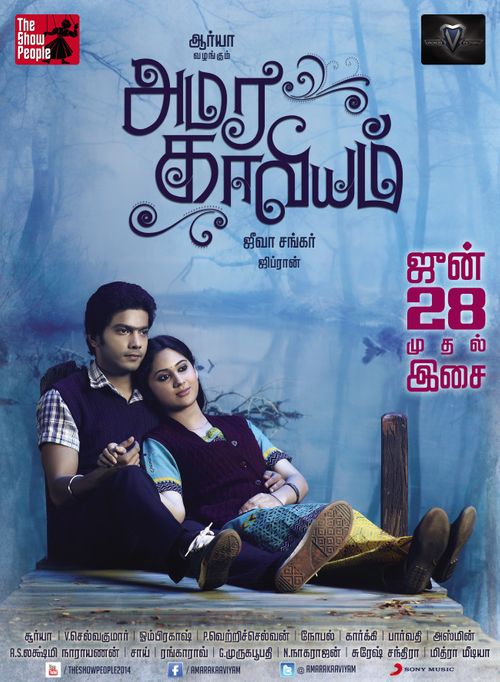 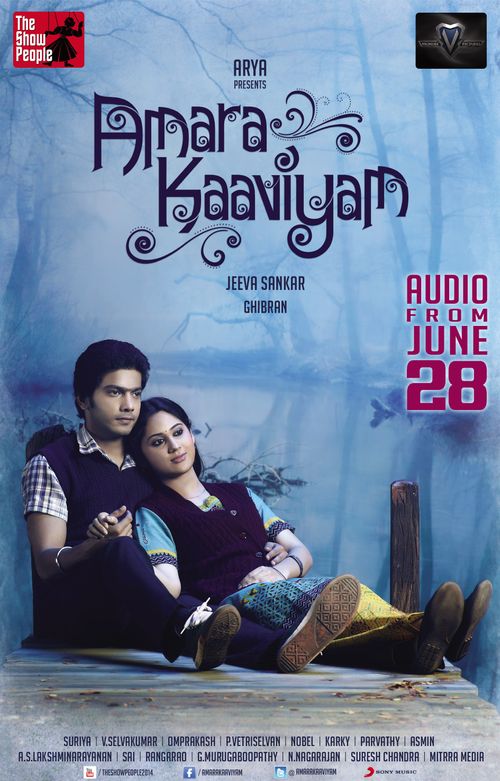 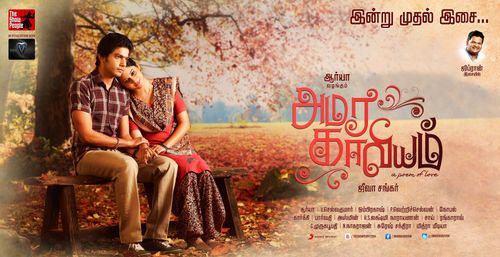 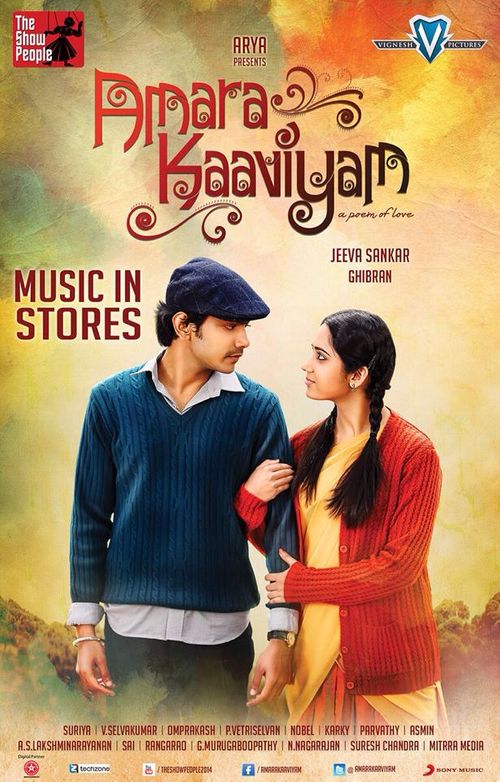 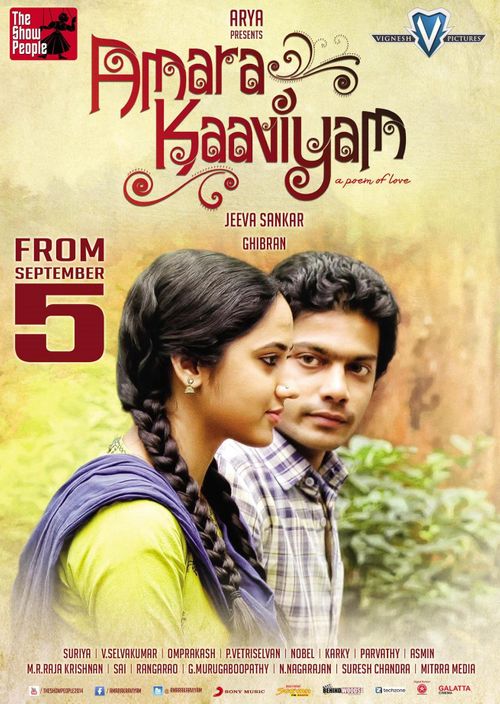 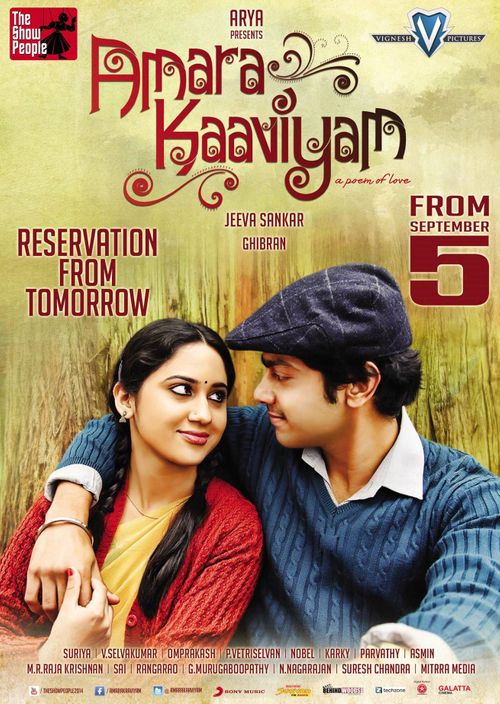 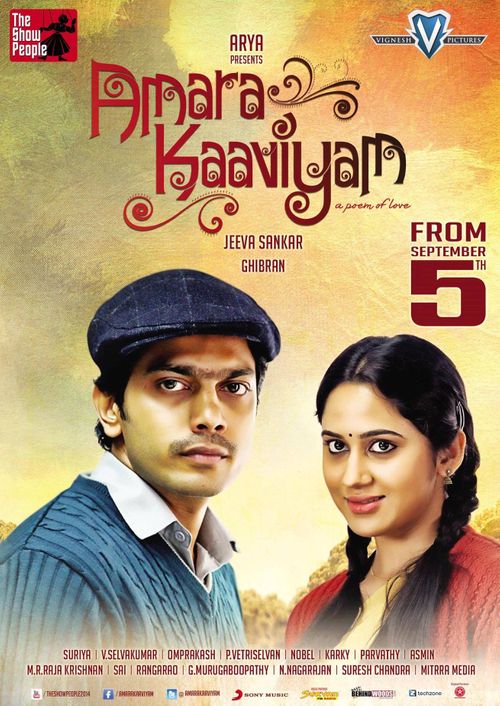 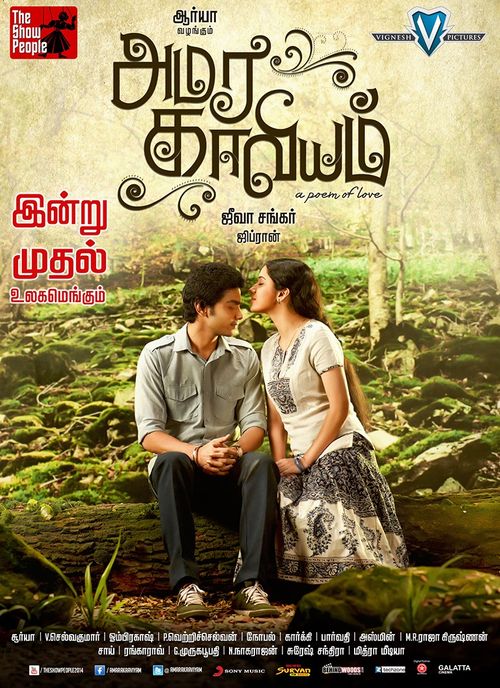 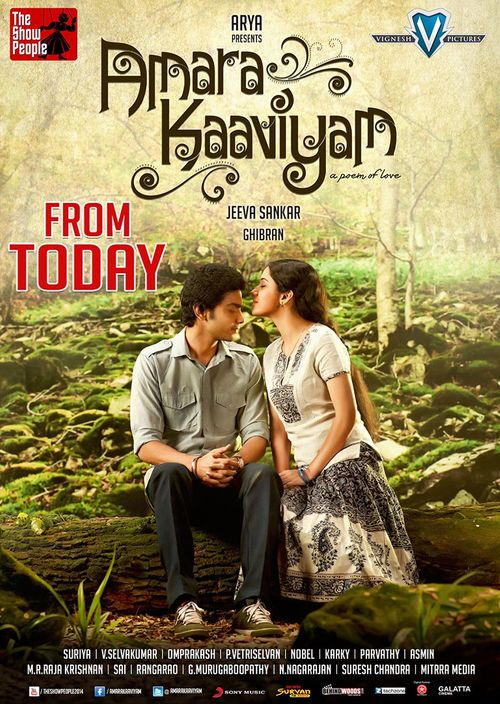 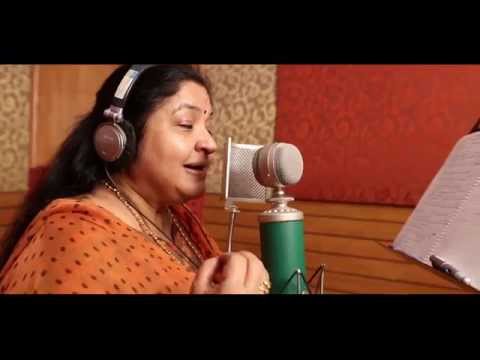 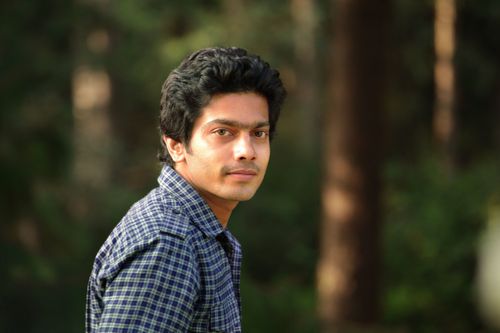 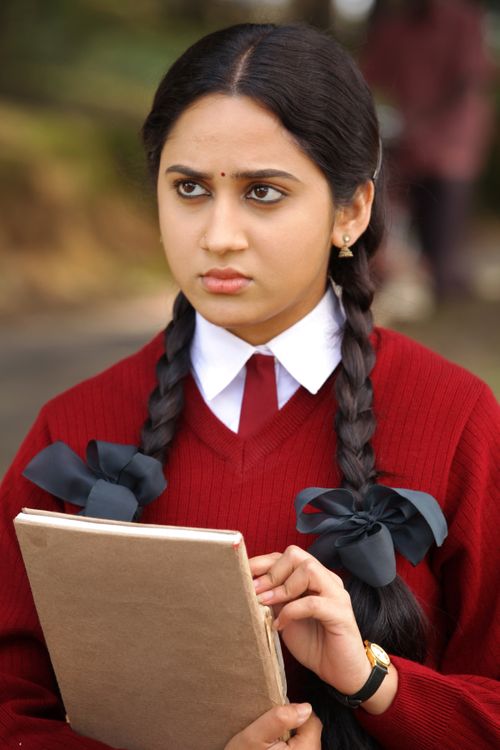 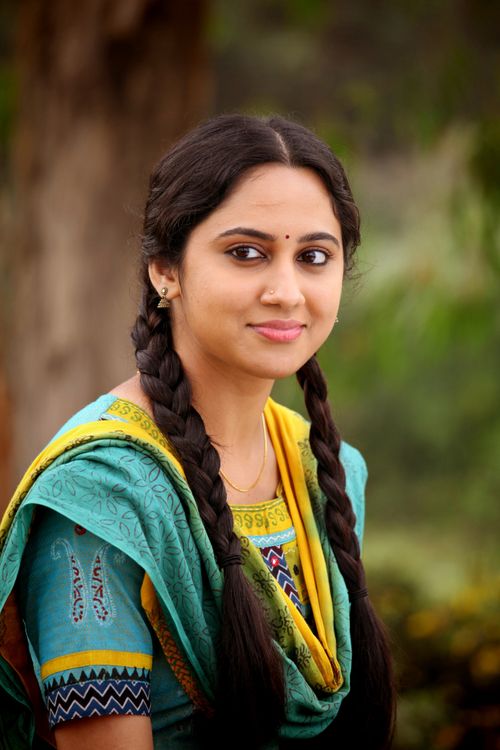 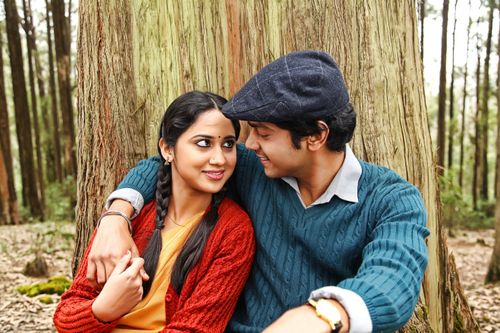