Cancel
Evocative and provocative, this masterfully crafted relationship drama tells the story of a series of comic events that occur when Nalla Sivam (Kamal Haasan) a wise-cracking, handicapped communist and Anbarasu (R. Madhavan), an arrogant young advertisement filmmaker who favors capitalism meet. They get stuck with each other on their problem-filled trip from Bhubaneswar to Chennai, giving them a unique opportunity to explore each other's belief system. Themes such as globalization, financial disparity and compassion in present-day India are explored around the two protagonists, while they also find how deeply interconnected their lives are.
See Storyline (May Contain Spoilers)

Nallasivam (Kamal Haasan) and Anbarasu (Madhavan) are drawn together by the strings of fate after they come into contact at the Bhuvaneshwar airport. Anbarasu is an advertisement director, while Nallasivam is a trade unionist. Fate entwines their travel plans, and they end up travelling to Chennai together.

In the course of their journey, Anbarasu, born with a golden spoon, is touched by the realities of the sufferings of a normal human being when he witnesses the dead and the injured during a train accident, and he volunteers to donate his blood, which is of a very rare group, despite his fear of blood.

The flashback of Nallasivam is recounted during one of their journeys. Nallasivam is a communist trade unionist, who fights for higher wages for his comrades. By chance, he falls in love with the daughter Bala (Kiran) of a rich industrialist, Bala's father, Padaiyacchi (Nasser). Due to the opposition, they plan to elope and get married, but unfortunately, Nallasivam meets with an accident which disfigures him.

He is told by Padaiyacchi that Bala is married, so he pursues his communist agenda, during the course of which he meets Anbarasu. Anbarasu is drawn to Nallasivam in the end, and claims him as his adopted brother, and requests Nallasivam to come to his wedding. At the wedding hall, Nalla discovers the bride to be is none other than his sweetheart, Bala. When Padaiyacchi discovers him at the hall, he is in a panic, and pleads for him to leave. Santhana Bharathy as Padaiyacchi's henchman plays out a sentimental scene in the end.

Based on 1 rating
0 user 0 critic
Did you know? The film is based on Kamal Haasan's personal views on communism, atheism and altruism. Read More
0 User Reviews
No reviews available. Click here to add a review.
Cast

The film is based on Kamal Haasan's personal views on communism, atheism and altruism.

Kamal Haasan wore real powered glasses for the film. To nullify the power, he wore contact lenses of the exact same negative power. 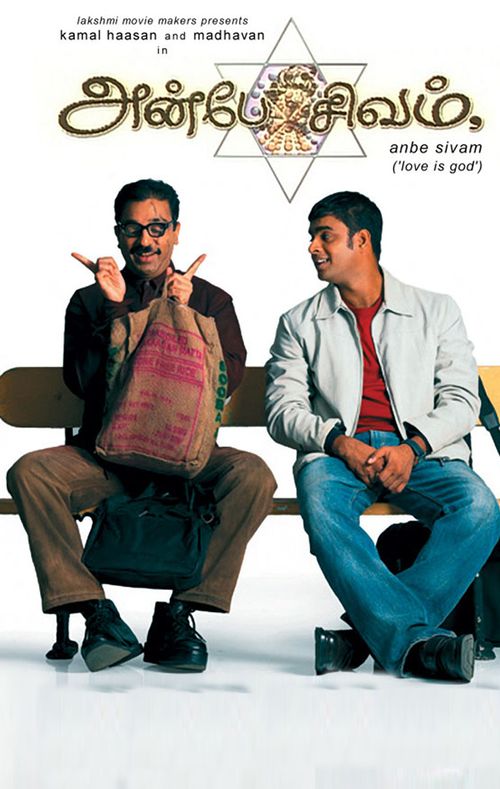