Cancel
A sincere man struggles to fulfill his ambition of becoming a police officer in order to fight crime, but finds himself stuck within a corrupt system where greedy businessmen and politicians reign supreme. How will his future unfold?
See Storyline (May Contain Spoilers)

This gripping investigative thriller revolves around Guna Shekar, a sincere man who works hard to write the competitive civil service examination to become Assistant Commissioner of Police. As an honest and capable police officer, he finds himself battling a corrupt system controlled by powerful businessman and politicians. Can he find a way to put a clever criminal behind bars, and if so, at what personal cost?

Based on 2 ratings
1 user 1 critic

There is sign of spark here, but one cannot expect audiences to put up with such amateurishness just because it's a low-budget film
M Suganth, The Times of India
0

TIRESOME WATCH IN SPITE OF A GOOD LOOKING LEAD PAIR AND A FEW INTERESTING MOMENTS
by Karthik Kamalakar Rao on 11 Oct, 2015

First time director Ramesh Venkatraman's "Andhadhi" is paced like a television serial and the pace of the film could even put a tortoise to shame.The film deals with the aspirations of a young man, the hero Arjun Vijayaraghavan who wants to clear his IPS exams and be a top cop and the unrest that his actions cause towards his lady love (Anjena Kirthi) and family.The entire first half wasted much of time exploring Arjun's outbursts of rage, his banter with his friends and his conscience playing havoc when he is unable to stay put with his monotonous desk job.It is in the 2nd half that we see our protagonist as a police officer realizing the value of his profession and all its ups and downs as he loses his training officer in an accident/ murder.How a team of cops solve the crime related to the kidnap of a doctor's son which involves the police force and politicians is what the rest of the film is all about.
Both Arjun and Anjena are easy on the eyes but sadly their faces don't emote much.Arjun as the cop looks handsome but listless.Anjena at least gets a few moments and its nice to see a heroine projected with a progressive attitude who is willing to support her husband's long cherished ambitions as a single working member of the family throwing away all her dreams and being wonderfully patient with her husband.One really empathizes with her during her outburst post intermission.The supporting actors some recognizable faces and a lot of them fresh do well in their smaller parts.
Music director Shamanth Nag gives us a few refreshing tunes and the first duet between the lead pair is shot with a lot of affection and the colour coordinated costumes and cinematography do help.
Sadly in spite of its elite presentation and a bunch of really good looking fit actors(patricularly the actors and actresses essaying the cop team), Andhadhi is a tedious watch and one would not be surprised to see people dozing way in the cinema halls or playing with their cell phones to escape the giant bore. 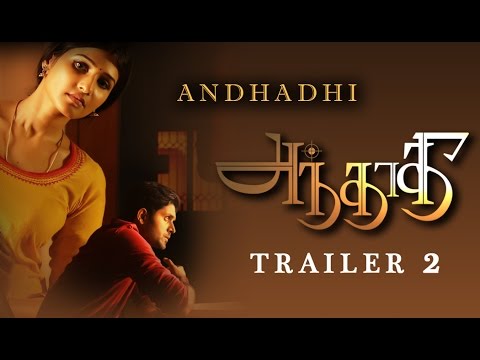 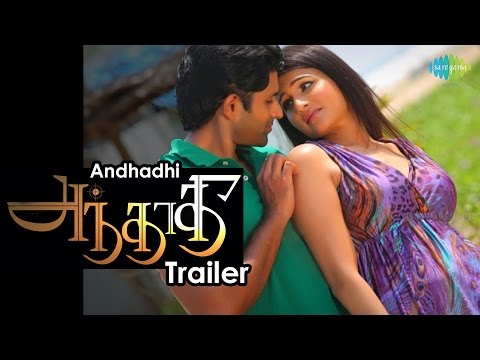 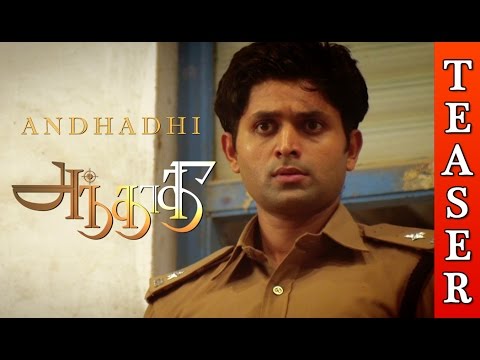 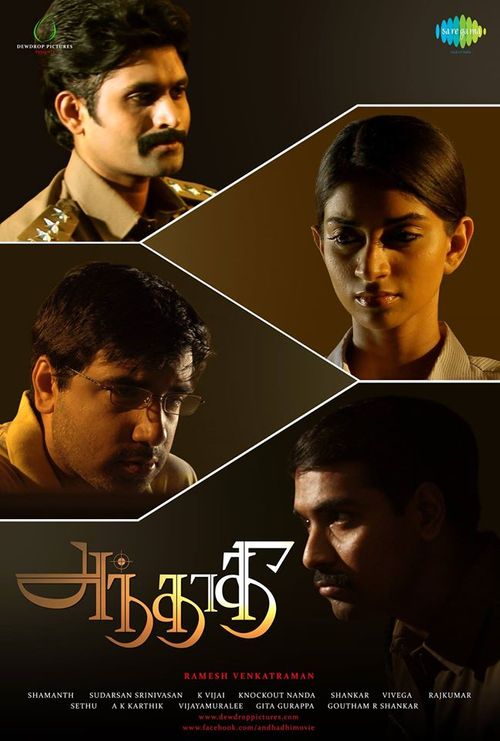 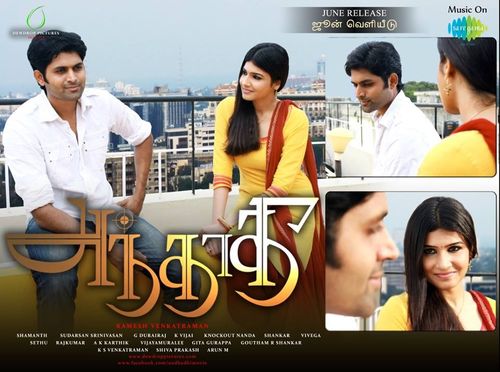 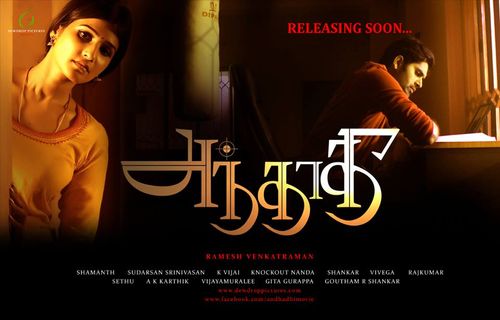 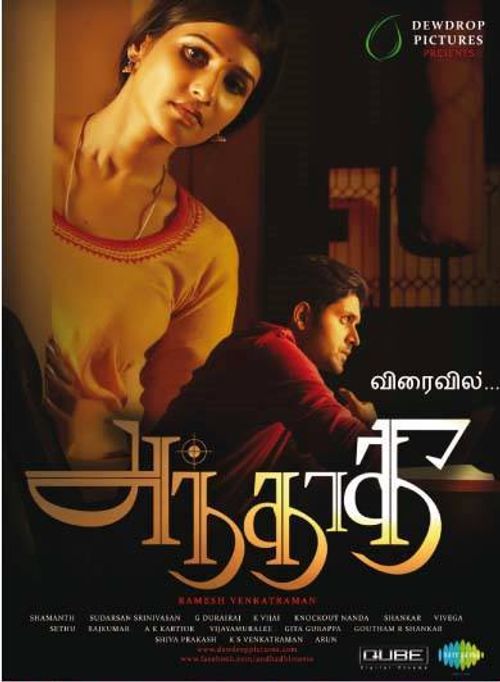 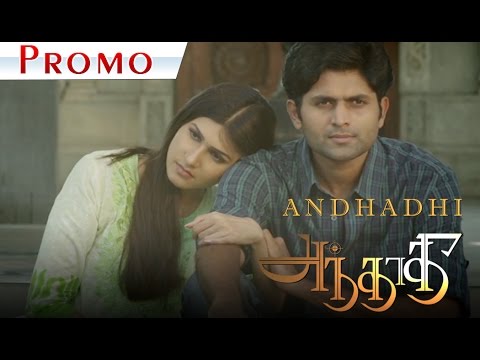 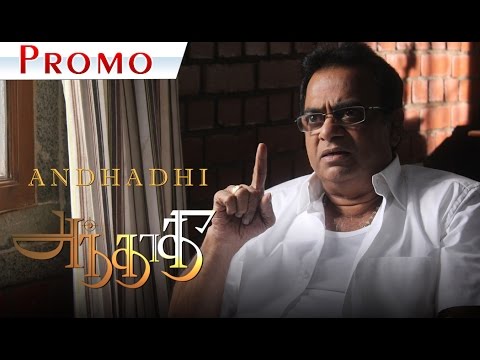 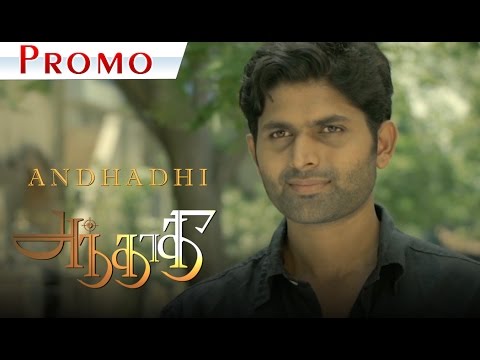 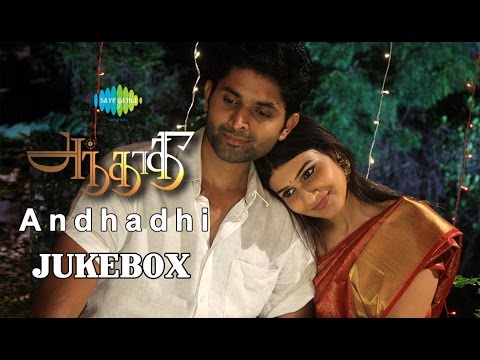 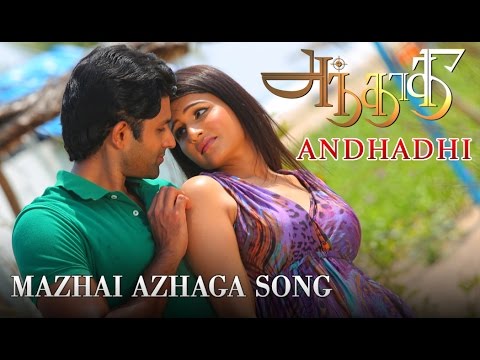 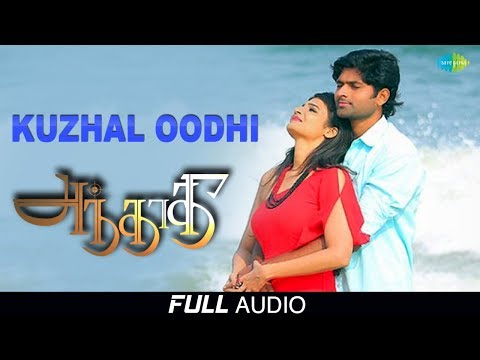 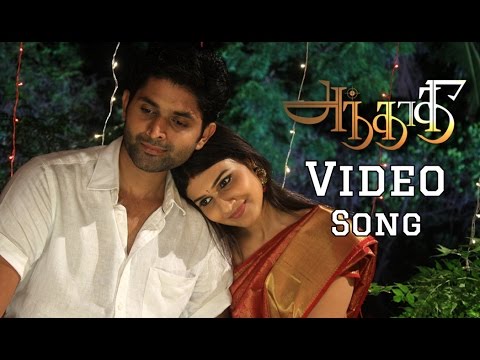 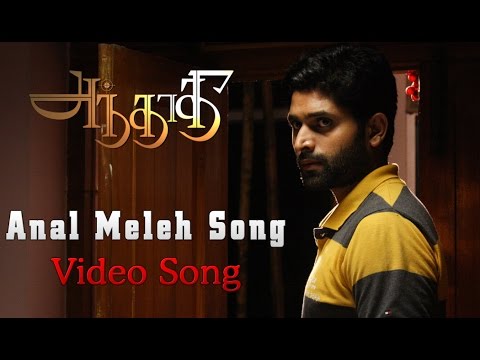 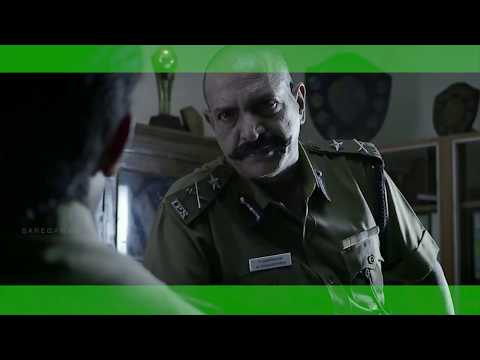 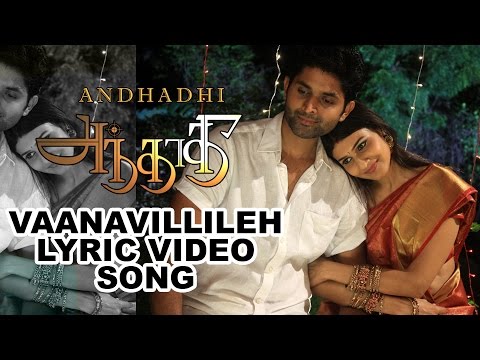