Orphaned Arjun lives a poor lifestyle in an ashram along with his mentor, known simply as Guruji, and several other younger orphans in a forest region, Shivgiri which is accessible via railway station Buddhir Medi. One day while returning home, he comes to the assistance of Sapna, who has journeyed all the way from North America after hearing of the sudden death of her uncle, Gupta. She has an ancient document in her possession that reveals the location of Shiv Ling, and any one who obtains it with proper prayers will enable the flowing of Akash Ganga, and with a sip of this nectar will attain immortality and invincibility. The Shiv Ling becomes visible to mortals only once every 72 years that too on the occasion of Maha Shiv Ratri. She confides about this document with Arjun and Guruji, Arjun secures the Shiv Ling and entrusts it to Guruji. News about this leaks out and 99-year old billionaire Veerendra Bhatia, who had made a vain attempt 72 years ago, travels to India. When his negotiations with Guruji fail, he manages to abduct several orphans and asks Arjun to retrieve the Shiv Ling. Having no choice in this matter, Arjun does so, and after appropriate prayers on Shiv Poornima, Veerendra sips the nectar, becomes a youth, is now ready to proclaim himself Earth's emperor, fully aware that there is no power on Earth that can stop him - ever.

Reema Sen
as Special appearance in the song "Mirapakaya Bajji" 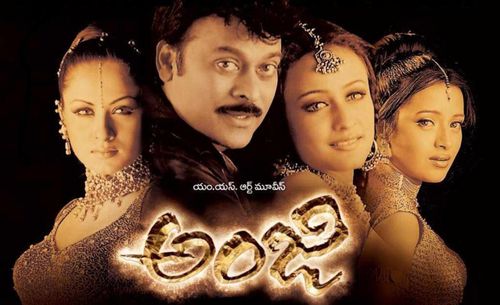