Cancel
A wealthy businessman showers love and care upon his two younger brothers. He forgives all their misdemeanours, until they land up in a badly intoxicated state for their own engagement ceremony. To teach them responsibility, he throws them out of the house and forces them to fend for themselves. Will the brothers ever reunite?
See Storyline (May Contain Spoilers)

This family-oriented action drama revolves around Rajaram (Chiranjeevi), an intelligent and honest businessmen, who owns a fleet of lorries, He meets Devi (Soundarya), a garments factory owner and they are both deeply impressed with each other.

A little while later, she seeks his help in dealing with two street ruffians, who were teasing her sisters, Lata (Chandini) and Geetha (Sishwa), and is shocked when the culprits turn out to be his brothers, Ravi (Ravi Teja) and Gopi (Venkat). Rajaram takes the incident lightly as the pranks of youngsters and is very lenient to them. With more such incidents, the two fall in love, with the brothers and sisters not far behind.

On his brothers' request, Rajaram approaches Devi for her sisters' hands in marriage to his brothers. But she curtly refuses her consent on grounds that the two are wayward drunkards. Rajaram reacts sharply to it and vows to get his brothers married to her sisters.

From then on he is more exacting with his brothers and brings about a transformation in them. Devi agrees to their marriage. But the incorrigible brothers come in an inebriated condition for their engagement and Rajaram faces the brunt of Devi's ire. She insults him and leaves with her sisters. An outraged Rajaram kicks his brothers out of home.

The two brothers being state rank holders in engineering find favor with a businessman, Rangarao (Sarath Babu), who employs them. Rajaram, who is genuinely fond of his brothers, sells away his property and gives money secretly to Rangarao, paving way for a partnership deal between Rangarao and his brothers.

Piqued at being kicked out of home, his brothers, unaware of his hand in securing the partnership for them, nurse a grudge against their brother and insult Rajaram in Devi's presence. She, being in the know, slaps them and opens their eyes by informing them of his sacrifice. This brings about a total change in them and the repentant duo go to Rangarao to restore the property to their brother.

Rangarao has other plans and tries to have them killed with the assistance of violent thugs. The brothers escape death and land in a hospital with injuries. A furious Rajaram goes to Rangarao, who reveals his real identity.

Rangarao is the brother of Chinna Rao (Bhupinder Singh), a criminal who was caught in the police dragnet with Rajaram's help and later died. This is Rangarao's vendetta. In the ensuing melee, Rangarao is killed. Rajaram and his brothers reunite.

The film ends with all the three brothers getting married; Rajaram with Devi, Ravi with Latha, and Gopi with Geetha.

Based on 0 rating
0 user 0 critic
Did you know? This movie turned out to be one of the biggest hits in the illustrious career of actor Chiranjeevi, successfully completing a 100 day run in more than 60 centres. Read More
0 User Reviews
No reviews available. Click here to add a review.
Cast 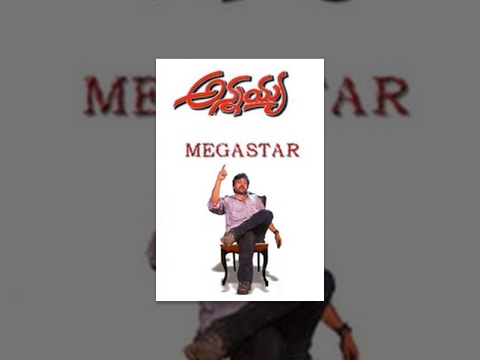