Cancel
A young correctional officer is transferred to a maximum security prison. The chief executioner in the facility develops an unusual friendship with him and wishes to make him his apprentice. How will their relationship evolve?
See Storyline (May Contain Spoilers)

Prisons officer Sergeant Aiman has just been transferred to the state's maximum security prison. Due to his vocational education background, he is assigned to watch the rehabilitating prisoners at the prison's workshop.

Later on, while helping a colleague, Sergeant Joseph, to clear some stores at the prison gallows, he encounters the Chief Executioner, Senior Chief Warder (1) Rahim. He volunteers to help Rahim find suitable rope for the gallows, and the two men soon strike up a friendship.

At home, Aiman informs his older sister, Suhaila, of his encounter with the hangman. This puts a strain on the siblings' relationship; Suhaila is displeased with Aiman's dealings at work, particularly because their father was sentenced to death thirty years ago for murder, while Aiman appears to disapprove of Suhaila's relationship with John, an Australian expat.

At work, Joseph reveals to Aiman that he has stepped down as Rahim's assistant because, when tasked with carrying out an execution, he could not bring himself to pull the lever. Aiman agrees to become Rahim's new apprentice. Suhaila calls Aiman to announce her engagement to John. Aiman does not take it well, and out of spite, tells Suhaila that he is now the hangman's assistant, greatly angering Suhaila. Meanwhile, Rahim teaches Aiman the tricks of the trade and shares his knowledge and experience with him, and their mentor-mentee bond grows stronger.

Aiman finally receives first-hand experience with an execution. He ushers death-row inmate Randy to the gallows, where Rahim offers Randy words of consolation before performing the execution. Distraught with the experience, Aiman tries to call Suhaila to no avail. He rushes home to find the house empty; Suhaila has presumably left for Australia with John.

In the meantime, Rahim checks on Aiman's security clearance and finds out that Aiman's father had been sentenced to death a long time ago. When Aiman returns to work, Rahim tells him that his father's criminal record ought to have precluded him from taking up a role pertaining to execution, and that his failure to disclose such was an offence. Aiman argues that his father's past should not have any bearing on his employment and others' impressions of him. The two men get into a heated argument; Aiman questions Rahim's ethics, and Rahim chides Aiman for speaking out of line. When things cool down, Rahim says Aiman can expect disciplinary actions. When Aiman returns home, he sends a voice message to Suhaila to let her know that he could lose his job.

Rahim is involved in a road traffic accident and is hospitalized. Assistant Superintendent James Tan puts Aiman in charge of an upcoming execution, implying that not only might Aiman not have been charged, his career with the prisons department may have taken a turn for the better. The next morning, Suhaila calls Aiman about her arrival in Australia. She checks with Aiman to confirm if he will be charged; Aiman responds "maybe not". She then reassures him and lets him know that, as his older sister, she will always be there for him.

The day of the execution arrives. The death-row inmate is ushered towards Aiman, with a number of important persons observing. Aiman leads the inmate to the gallows, puts the noose around the inmate's neck and places his hands on the lever that activates the trap doors. The screen goes black, leaving the outcome open-ended.

There is nothing macabre about this drama
Joanne Soh, The New Paper
0

Apprentice is a gritty, realistic look at the ease by which that can become compromised
Michael Abatemarco, The Santa Fe New Mexican
0

A young prison officer’s morals as he becomes a death row hangman.
by Shree on 15 Jan, 2017

A country's complicated relationship with capital punishment is dramatized via a young prison employee in line to become an executioner. The film is a highly compelling, emotional and intense drama of character complexities, moral dilemmas, compassion and family issues with suspenseful narratives, thriller-like scenes and a gripping sense that something or someone's going to explode at any time. 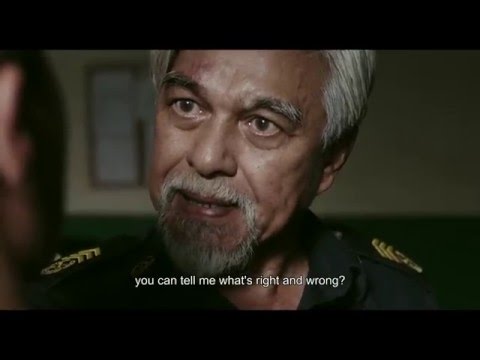 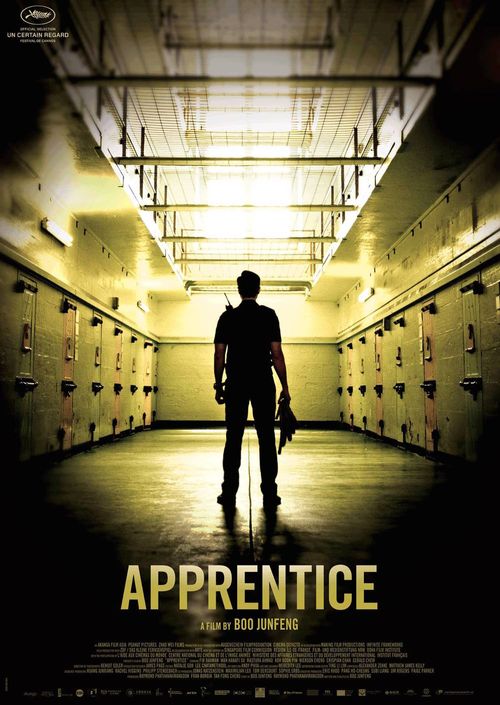