Cancel
The story revolves around two unemployed young men who are struggling to make ends meet. At one situation they blame the God for all their sufferings. In a rare blessing, God appears and decide to stay with them. Realizing the power of God resides in a "Galaxy Box" the youths steal it. By stealing it they become God and God ends up becoming a normal man. While the youths misuse the power, God as a man works hard and progresses up the status ladder. Later he makes them understand that everyone's destiny is in their own hands. Will he manage to inspire integrity in the hearts of the disgruntled young men? Instead of blaming circumstances and seeking excuses, will they take responsibility for their actions, and work to succeed in their lives?
See Storyline (May Contain Spoilers)

Rasu (Santhanam) and Mokkai ('Ganja' Karuppu) are youngsters sharing a hostel with a diverse group of people including a professor (Madan Bob), a staunch atheist (Rajesh), a poet and other unemployed, struggling men. Rasu, who works in a coffee shop, is in love with Mahishasuramardhini (Madhumita), but she seemingly ignores all his advances. Rasu was even attacked by her brother after hanging around her house for extended periods of time. Mokkai, who is unemployed due to his lack of education, and does whatever job he can find, dreams of marrying his uncle's daughter back in his village.

After a particularly bad day where Mokkai is arrested and beaten by female police officers, Rasu's lies of being in a well-paid job are uncovered (to the disgust of Mahishasuramardhini), the two are also kicked out of the hostel by the owner due to the inability to pay rent. On their last night, both vent their frustration at God after heavy drinking. Both are shocked when He (Prakashraj) appears in front of them. Mistaking Him for another unemployed fellow, the two head back to their hostel room only to find God waiting for them in it; waving aside this miracle, all three fall asleep. The next morning, God finally manages to convince Rasu and Mokkai of his true identity after appearing in the forms of Vishnu, Jesus and the Buddha.

Armed with a 'galaxy box'(Access to Super Computer) that is the source of his power, God makes a deal with Rasu and Mokkai. He will spend time with the two (under the name of Arnold), observing their day to day routines while advising them in the process, to see whether it is truly His fault for their poor standard of living, or their own. God also manages to persuade the hostel owner to extend Rasu and Mokkai's stay for seven days, while their bet is undertaken.

During the alloted time, both Rasu and Mokkai learn a great deal through God's own actions and His teachings. In the meantime Prabhu, another hostel inhabitant, accidentally discovers 'Arnold's' true identity, but is persuaded to keep silent. But God is in for a shock when on his last night with them, Rasu and Santhanam steal his 'galaxy box' and use it to improve their lives.

To Prabhu's despair, the true God is forced to lead an ordinary and underprivileged life in the hostel. Rasu and Mokkai meanwhile, find that their families, despite their gifts, remain highly suspicious of their wealth and ungrateful as well. They then start to use the box to inflict suffering on their past employers and those who refused to give them jobs. Ultimately, Rasu is once again rejected by Mahishasuramardhini, who now works as a prostitute, and throws the box into a bin in shock. Prabhu later recovers the box, and hands it back over to God.

Although forgiven, Rasu and Mokkai feel deep regret for their actions, and promise to turn their lives around, which they duly do. Both of them becoming successful people in later life, along with Prabhu and various other characters.

VS Raghavan
as Old Man
Crew 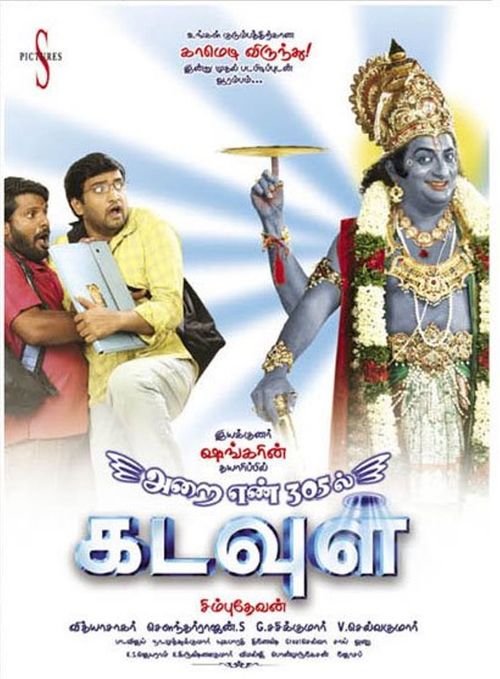 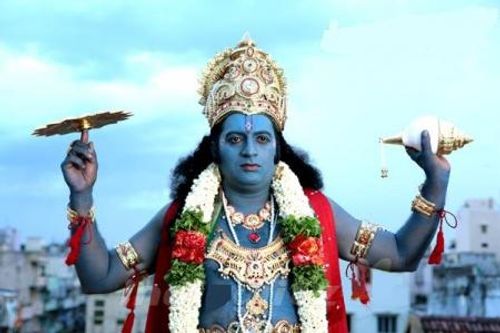 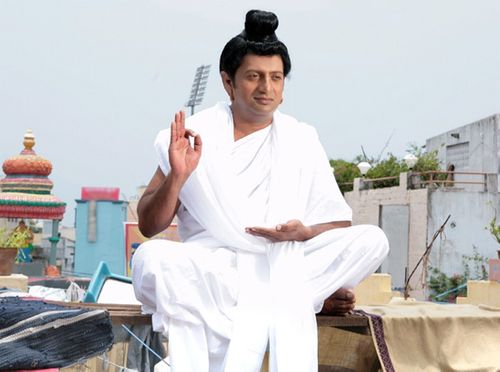