Cancel
Arundhati is a descendant of the Gadwal ruling dynasty and named after her great-grandmother. Just ahead of her upcoming wedding, she comes to the fort of Gadwal. There, she is drawn to an abandoned fort where a powerful source of evil, that caused the death of her great-grandmother, lies in wait. Now, it is the great-granddaughter's turn to face the evil and destroy it once and for all.
See Storyline (May Contain Spoilers)

Embedded with mystery and terror, this multi-layered tale of terror revolves around Arundhati (Anushka Shetty) is the great-granddaughter of the Raja of Gadwal, Mahasamsthan. Arrangements are being made for her marriage. Arundhati is the first female to be born since her great grandmother and is especially revered in the family.

She then goes to Gadwal where her grandfather resides to visit him. Her grandfather, the head of the family, talks to her with respect as if she were older than him. She receives a misleading phone call in her fiance Rahul's (Arjan Bajwa) voice asking her to come to the fort of Gadwal, where she faces a horrible revelation. Learning the story from an aged servant maid, Chandramma (Manorama), Arundhati comes to know that she is a look alike of her great-grandmother Arundhati/Jejjamma.

Jejjama is an expert in painting, dancing and martial arts. Her elder sister is married to her cousin Pasupathi (Sonu Sood). Pasupathi, a womanizer, rapes the women he likes and kills those who object. While Jejjama was still a young girl, he raped and killed her blind dance teacher while a horrified Jejjama watched through the peephole. Jejjama, furious, demands that he be killed but the King tells her that this would ruin her sister's life.

Hearing this, Jejjamma's sister commits suicide. The people of Gadwal furiously thrash Pasupathi and tie him to his horse. Though Gadwal celebrates his death, he is saved by Aghoras (saints who practice the dark arts). Pasupathi masters the Tantric arts and returns to Gadwal many years later to exact his revenge.

He unleashes carnage as he uses his powers to torture innocent people—something the Aghoras don't do. He arrives on Jejjama's marriage day and magically starts removing her clothes but Jejjama seduces him and performs a special dance imbued with martial arts to lull Pasupathi. She then cuts off his tongue (thus ending the incantations) and pins his hands, allowing a chandelier to fall on his body. She spares him from being killed to prevent him from becoming a 'pretatma' (a demonic poltergeist). Pasupathi is buried alive in a tomb and powerful 'yantras' (defensive spells) are put on it to prevent him from coming out.

Though pasupathi's corpse is buried , his soul moves out all around Gadwal destroying peoples' lives by causing famine and diseases. Jejjamma then visits many temples and sages for solution, but no one is able to solve the problem. She finally meets some Agories who tell her that she can only destroy Pasupathi's vengeful spirit on her next birth.

Hence to initiate her re-incarnation, she agrees to give up her life. They instruct her to bid goodbye to everyone before the sacrifice and before leaving she tells everyone that the first girl who will be born in their race will be a replica of her and they all ought to respect the child as they would respect her. She then returns to the aghoras asking for a painful death that will magnify her revenge on Pasupathi. She then undergoes a painful death by having coconuts broken open on her skull. The queen then dies and her skeletal remains are fashioned into a dagger – the one weapon that could destroy Pasupathi forever.

A mad person unknowingly breaks the tomb and releases Pasusathi's spirit - 'pretatma'. Anwar (Sayaji Shinde) who treats patients through sorcery asks her to fight Pasupathi. Arundhati comes to know that her great-grandmother had prepared a 'weapon' with her own bones and had kept it with the sages. Pasupathi stabs Arundhati and she goes to Anwar's palace after recovering. During their attempts to procure the weapon their family are threatened and she loses Chandramma. Later the spirit apparently kills Anwar by throwing him off a cliff.

Arundhati, believing that Anwar is dead, returns to the fort to surrender herself to Pasupathi to prevent the death of her family members. But Anwar, who had survived the fall, hands the weapon to Arundhati. The weapon has to be soaked in Arundhathi's blood before it can be used. Before Anwar can tell her this, Pasupathi kills him.

As a last resort to save herself, Arundhati tries to kill herself with the same weapon. The dagger glows from her blood showing that Jejjamma had come. She kills Pasupathi and the building sets fire and blasts. Then Arundhati is shown walking out of the place as Jejjamma. 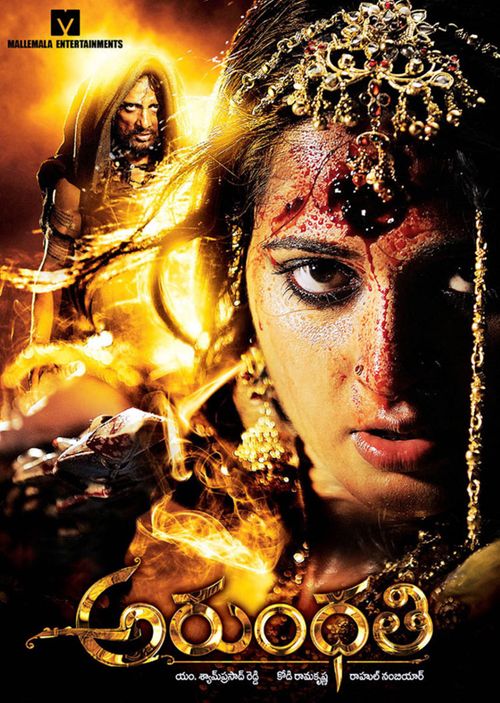 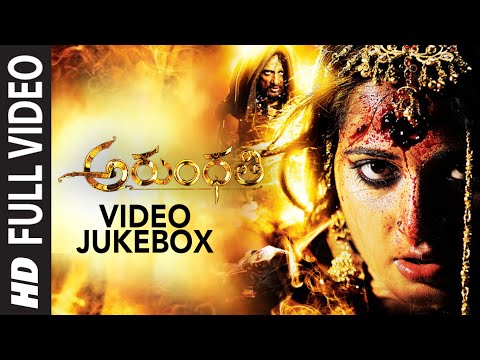 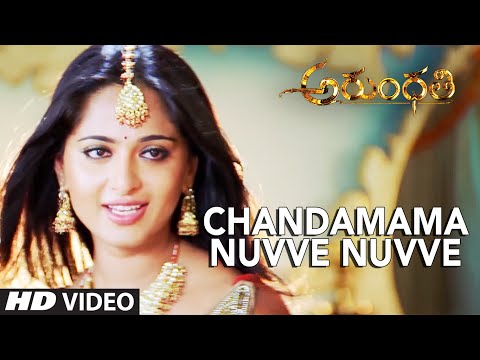 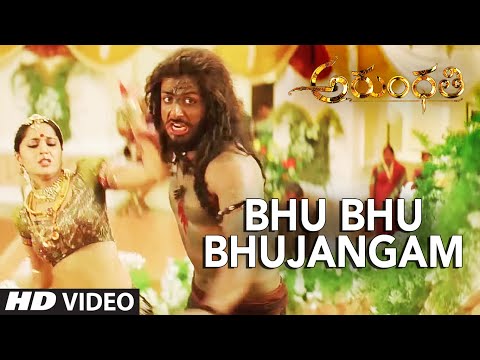 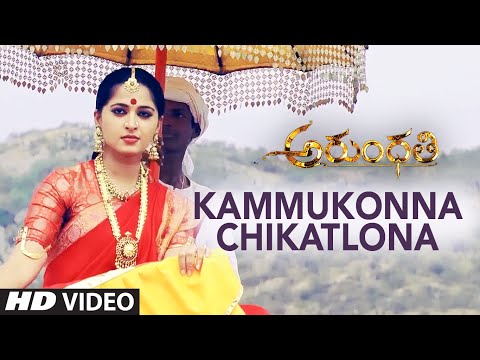 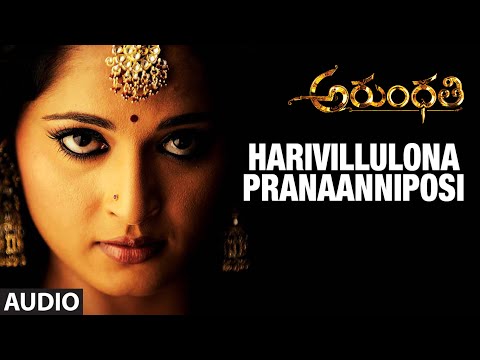 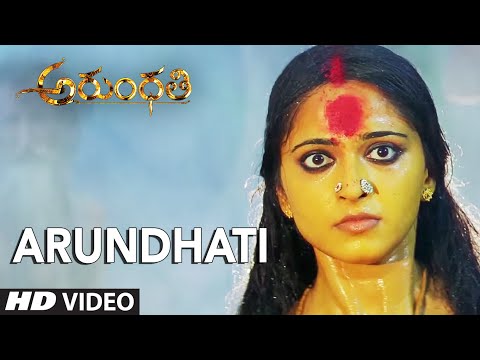