Cancel
The spoiled son of a wealthy politician threatens suicide in order to get a beautiful young woman to date him. She agrees so as to not hurt him and rejects another man who proposes to her out of true love. How will this unique love triangle evolve?
See Storyline (May Contain Spoilers)

Geetanjali a.k.a. Geeta (Anuradha Mehta) goes to Kanyakumari on a trip. She finds a poem in a diary left on a beach and signs in it. Her anklet falls into the ocean and a guy jumps into the water in front of her eyes but no one sees him resurfacing. However, Geeta did not see who jumped in the ocean. She dreams about the incident frequently with the idea that the man who jumped has died but her friends ask her to forget it.

Ajay (Siva Balaji) is a spoiled brat, and is the son of local MP Avataram (Rajan P. Dev). He likes to flirt with beautiful girls and wants them to be his girlfriends. One day he sees Geeta and proposes to her. When she refuses, he threatens to jump from the top of college building. Being a weak-minded girl, Geeta accepts the proposal with the thought that as some guy has already died for her and she doesn't want someone to get hurt because of her and starts dating him.

Arya (Allu Arjun) is a happy-go-lucky guy who enjoys his life with friends and kids. On his first day to the college, he sees Geeta who was just confessing her love to Ajay who was at the top of the college building, threatening her. Charmed by her beauty, Arya falls in love with her and proposes to her. She actually rejects his proposal saying that she is already committed to Ajay.

One day Avataram arranges a party in his house and it so turns out that Ajay introduces Geeta to his father and persuades him to fix their marriage. Ajay's father, who initially pretended to accept his son's marriage with Geeta, turns tables upside down by introducing another girl Lalasa and announces that his son is going to marry Lalasa. He threatens his son not to marry anyone except Lalasa.

Feeling deeply embarrassed by the situation and helpless, Ajay sits down and starts to get frustrated. Arya, who loves Geeta so much that he never hesitated to help her, decides to bring Ajay to Geeta and helps them elope. On their way, they are followed by Avataram's henchmen. The three youngsters find a train and get into it.

When they get down from the train in the night, they are shocked to see the leader of Avataram's henchmen who forces Geeta to come with him, defying his boss' order. On the other hand Ajay remains helpless, while Arya bravely fights all the men and finally defeats them, rescuing Ajay and Geeta. They walk on to the nearby town, Arya's hometown. Feeling dejected and tired, the three go to bed.

The next morning they wake up and realize that Ajay is missing. Arya tries to convince Geeta that Ajay left to win over his father. This leaves private time for Arya and Geeta and they grow close to each other. Geetha starts liking Arya. But when she tries to reveal it to him, Ajay and his father return. Avataram agrees to get Ajay married to Geeta.

On the day of wedding, Geeta finds out that Arya is none other than the daredevil who dove into the sea for her anklet and realizes that he came into her life much before Ajay. She realizes that while Ajay blackmailed her into loving him, Arya just wanted to see her happy. Geeta also realizes that Arya truly loves her, while Ajay was just acting on his impulse of wanting what he couldn't have. She leaves the wedding hall in tears and confesses her love to Arya. 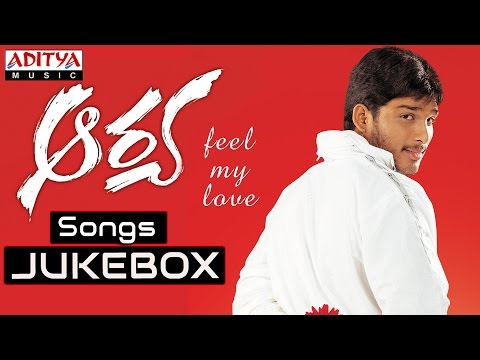 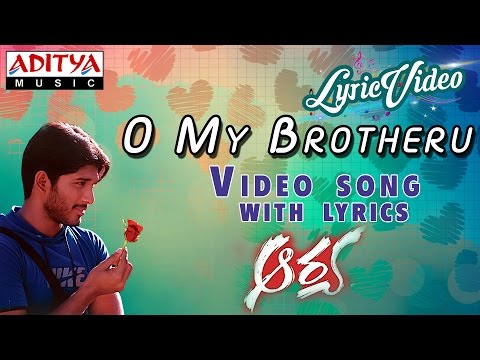 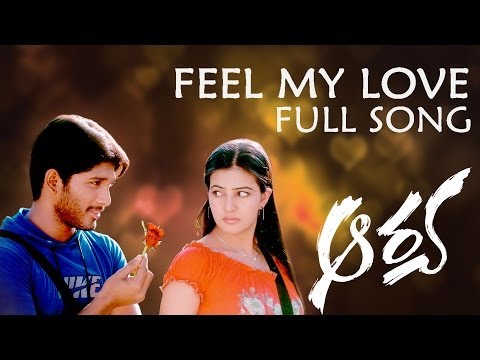 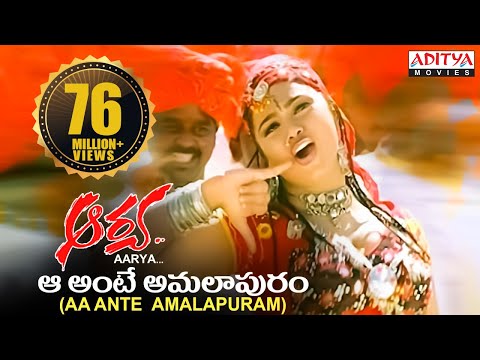