Cancel
An orphan, who works as an auto-rickshaw driver, tries his best to complete his bachelor's degree. He falls in love with a Brahmin girl, who dreams of running a successful business. Can the lovers remain united against her father's wishes and the social taboo placed on inter-religious relationships?
See Storyline (May Contain Spoilers)

Youthful and upbeat, this coming-of-age drama revolves around two individuals from two totally different backgrounds and cultural upbringing. The only similarity between them is the fact that they both belong to the same picturesque, historic town of Devarakonda, a few 100 km outside of Hyderabad city.

Akbar, an orphan Muslim man is a hard-working auto driver, whose days are all about lugging passengers from one town to another on the highway. But driving an auto is not all he wants to do. He wants more in life. His continuous goal is to pass his final year B.com examinations, something he has failed to do now three times in a row.

Lakshmi, a demure woman from a traditional Brahmin family, resettles with them in Devarakonda, aafter having been displaced from Polavaram. Her family used to traditionally run a hotel over there for many years. Her aim now is to be able to open up a hotel on the highway near Devarakonda and make it a success. She also takes a lot of pride in the avakai (mango pickle) she makes and has big plans of selling them in Hyderabad.

While Akbar and Lakshmi work towards the attainment of their goals, the town of Devarakonda itself has a lot of things going on. The village panchayat which seldom takes care of its own people, a thriving 7 seater auto business run corruptly, etc. The conspirators in this case being two influential people in the town.

Akbar and Lakshmi become friends after first being apprehensive about each other's faiths and backgrounds. Their relationship doesn't evolve into love right away, instead there is a good deal of self-respect for each other's dreams and ambitions, which much later turns into a mature loving relationship.

The goings on in the town compel Akbar to take a stand on certain issues. He becomes an accidental hero, but what happens to his relationship with Lakshmi? How much further can it go? Her father is uncompromising in his attitude towards inter-religious relationships. Will the young lovers succeed in staying together against all odds? 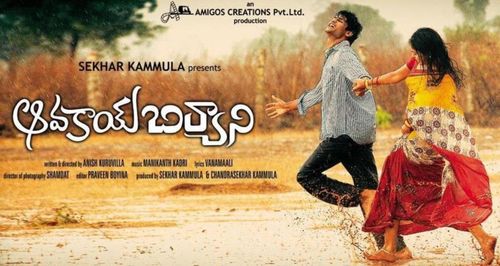