Cancel
When a frustrated journalist creates a fictional character to fight against injustice and be the saviour of the impoverished masses, circumstances emerge for a real man to accept this identity and truly become 'Azad'.
See Storyline (May Contain Spoilers)

This taut socio-political thriller follows the twists and turns in the life of Anjali, a Journalist, who lives a middle-class lifestyle along with her widower father in Hyderabad, Andhra Pradesh. One day while traveling by State Transport bus along with her dad and her camera, their bus meets with an accident. She survives and witnesses a group of armed men killing a government official. She takes photographs and shortly thereafter approaches her Editor and asks him to publish them and expose the killers.

She is prevented by Deva, the owner of the militant right-winged Hindu Seva Samiti, the photographs are destroyed and she is warned. She manages to flee on her motorbike, with her assailants hot on her tail. The assailant's car meets with an accident and they are all killed. She impulsively decides to create a fictional character, names him Azaad, and writes a note taking credit for their deaths.

As a consequence, a number of gangsters are killed and the police begin the hunt for Azaad. Shortly thereafter she meets a young man, Chandrashekhar, who is ironically on the run from the police, as they suspect him to be Azaad. With his help, she apprehends Deva, who poisons himself before being arrested.

In love with Chandrashekhar, she goes with him to his village in Allahabad to attend the marriage of his sister, Gauri, little knowing that Deva is still alive, has assumed his real identity, that of Harkat Ul Ansari Dawood, and is hellbent on destroying Azaad, his family, and whosoever dares to stand in his way.

Based on 0 rating
0 user 0 critic
Did you know? This movie was a super hit, completing a 100 day run in theatres. It also won many awards and accolades, including the Nandi Award for Best Feature Film - Silver - 2000. Read More
0 User Reviews
No reviews available. Click here to add a review.
Cast

This movie was a super hit, completing a 100 day run in theatres. It also won many awards and accolades, including the Nandi Award for Best Feature Film - Silver - 2000.

This movie was later remade in to Tamil as Velayudham (2011), starring Vijay, Genialia, and Hansika Motwani. 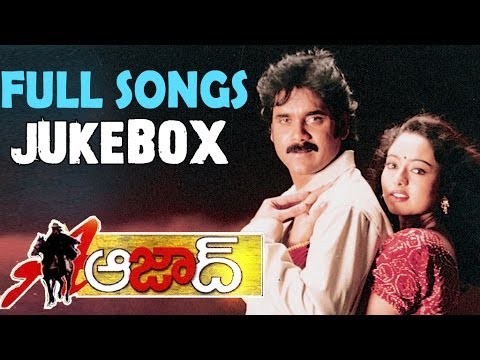