Ruralist frontier melodrama in which hero Rajiv (Rajkumar) abandons his urban career to help his widowed sister and her impoverished family reestablish themselves. Overcoming the ingratitude of his elder brother (Loknath) and the self-serving opposition of several villagers, he builds a garish home symbolising his family’s success. However, his wife (Bharati), wearing her red wedding sari, is chased by a bull, falls into a well and drowns. His two nephews, Sethuram and Chakrapani (introduced as a comedy duo), accuse him of bigamy with the woman (Arathi) who later is revealed to be the illegitimate daughter of his late brother-in-law whom Rajiv secretly protected. In the end, Rajiv leaves and renounces all his worldly possessions. The film recalls the upwardly-mobile and gaudy neo- traditionalism associated with Rajkumar as well as Rajesh Khanna (cf. Bandhan, 1969, and Dushman, 1971). From the opening, as Rajkumar steps out of the train dressed in red and black singing the homecoming song Nagunaguta nali nali to the bizarre sequence showing his decision to abandon his family (camera tilting down to his uneaten meal), the film constructs a fantasy village as the authentic underpinning of urban values, echoing the formally more sophisticated ruralist realism of the contemporary New Indian Cinema. Rajkumar’s biggest 70s hit and one of the top grossers of Kannada cinema.

Based on 1 rating
1 user 0 critic
Did you know? The film ran for over two years at the States Theatre (Now Bhoomika, in K.G.Road, Majestic) in Bangalore. Read More
1 User Review

Bangaarada Manushya is an Evergreen Masterpiece, and easily the best movie I ever saw and my all-time favorite. Dr. Rajkumar has combined the techniques of Classical acting and method acting to bring life to the character of Rajeeva and gave his career-best performance. T. N. Balakrishna has managed to do the same while bringing life into the character of Rachutappa. All other actors were outstanding in their given roles.

Bangaarada Manushya is a modern-day Bhagavad Gita as there are philosophical solutions to problems that man faces for instance in one dialogue Dr. Rajkumar says to Bharathi about the importance of duty over desire. The song Nagunagutha Nali teaches about being happy always. Both Philosophically and scientifically staying happy creates positive vibrations around you! The song Aagadhu Yendu teaches the importance of never giving up. We should work hard and find satisfaction in it is also the message conveyed to the audience.

Bangaarada Manushya also has economical solutions to problems people face today. Work-Life Balance in India is just 60% which is a low number. Less work-life balance will eventually lead to higher stress among people. Such people can go back to villages and start farming like the character Rajeeva did in the film 'Bangaarada Manushya' so Bangaarada Manushya does not apply just to farmers, it is a Universal Content. In Bangaarada Manushya, Rajeeva buys a huge piece of land with a Cooperative Farming scheme where he brought new land at a lesser cost with the help of taking a loan from Rachutappa effectively using economies of scale to earn a higher income. These are the reasons why Bangaarada Manushya is my favorite movie of All-Time! I have lost count of the number of times I have seen this epic cult film.

The film had a tremendous impact on moviegoers. Some city youth were even inspired to leave their jobs and come back to their respective villages to take up agriculture. 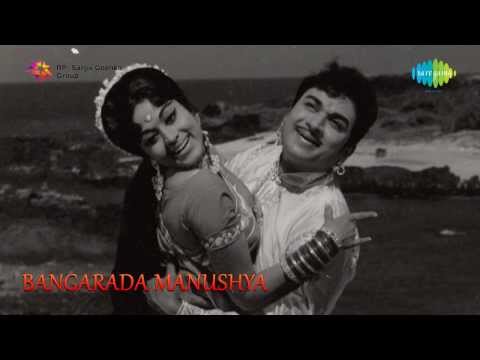 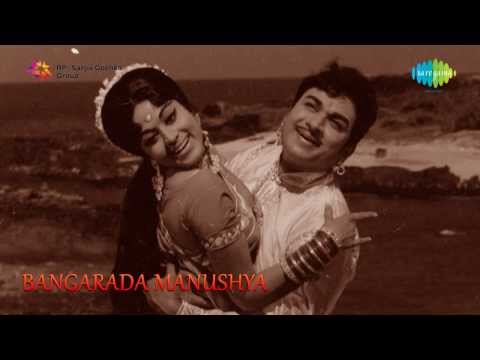