Cancel
After Barbara and Adam Maitland were killed in a car crash, they find themselves trapped as ghosts in their beautiful New England farmhouse. Their peace is disrupted when a yuppie family, the Deetzs, buy their house. The Maitlands are too nice and harmless as ghosts and all their efforts to scare the Deetzs away were unsuccessful. They eventually turn to another ghost 'Beetlejuice' for help..
See Storyline (May Contain Spoilers)

In a sleepy little town in New England, we meet Barbara (Geena Davis) and Adam (Alec Baldwin) Maitland, a couple who have chosen to take a vacation by staying at home. However, the realtor who sold them the house, Jane (Annie McEnroe), tries to entice them to sell the house, since it seems too big for just a couple. The Maitlands reject her pleas and head to town. On the way home they swerve to avoid a dog, which sends them into a river where they drown.
Unaware that they are dead, the Maitlands return to the house, unsure how they got back so quickly. Adam decides to go back outside to 'retrace their steps,' but finds himself on a strange desert planet inhabited by striped sandworms. When he returns to the house, Barbara says he was gone for two hours and shows him a book that she found on a table, Handbook for the Recently Deceased.

Time passes relatively quickly, and soon, the Maitlands' house is sold again (under Jane's watchful eye) to the Deetzes, a New York family composed of Charles (Jeffrey Jones), Delia (Catherine O'Hara), and their daughter Lydia (Winona Ryder). While Charles wishes for a quiet respite from the hustle and bustle of New York, Delia can't stand the simple life, and hires a decorator named Otho (Glenn Shadix) to make the house more 'livable' and more to her tastes.

Adam and Barbara try to scare the Deetzes, but all their efforts are for naught, as it seems that the living can't see the dead. They take refuge in the attic, where Adam locks the door. However, Lydia finds a skeleton key and tries to open the door. As Adam and Barbara foil her attempts, a TV in the attic comes to life, advertising the services of someone named Beetlejuice (Michael Keaton), who claims to be able to scare the living.

Consulting the handbook, Adam creates a door that takes him and Barbara to a waiting room in the afterlife, filled with others who have met rather gruesome fates. They are shown to a special room, which reveals their home after it has been redecorated by Delia and Otho. It is here that they are introduced to their case worker Juno (Sylvia Sidney), who chastises them for their haunting methods and cautions them not to take the advice of the person they saw on the television.

Returning to the house, Adam and Barbara dress up in sheets to try and scare Charles and Delia, but their attempt fails again. Annoyed with the spooky noises, Lydia finds them, and the two are amazed when they remove the bedsheets and realize she can see them! Lydia reveals that she found their handbook, and found a passage that explains how 'live people ignore the strange and unusual,' something she considered herself to be.

The Maitlands enlist Lydia to help get the Deetzes out of their house, but no one believes her. Not sure what to do, Barbara notices something in the model of the town in the attic: a glowing light around a small grave that appears to belong to Beetlejuice. She says his name three times, and she and Adam are whisked into the model, where they unearth Beetlejuice's body. Once they've done so they regret it, as Beetlejuice is a rather crazy, uncouth and insane ghoul. Turned off by his personality, they resolve to scare the Deetzes themselves.

At a dinner party Delia throws to show her sculptures and other art pieces, the entire group ends up singing 'The Banana Boat Song,' and the shrimp dish in front of them turns into grasping hands. The Maitlands think they've finally succeeded, only to find that their antics have actually amused the Deetzes. The Deetzes send Lydia to bring them down, and when they refuse, everyone clambers to the attic, demanding that the Maitlands show themselves. They find no one there, but Charles is entranced by the miniature of the town, and Otho finds and takes the handbook.

Leaving the attic, Charles feels that there is a lucrative business venture just waiting to happen. However, his cheerfulness turns to horror as Beetlejuice transforms into a large snake, freaking out the family by knocking Otho down the stairs and dropping Charles to the floor below. Barbara manages to call the snake off by uttering Beetlejuice's name three times. Lydia is distraught, thinking that the snake was the Maitlands intending to do more than just scare them.

The Maitlands are brought before Juno again, who takes them to task for breaking a number of rules: having photos taken of themselves, letting Beetlejuice out, and letting Otho get hold of the handbook. Juno encourages the Maitlands to work harder to scare the Deetzes, and Barbara and Adam contort their features into grotesque forms. However, Barbara has some apprehensions, as she likes Lydia.

Meanwhile, Lydia grows so upset that she writes a suicide letter. Going to the attic to say goodbye to the Maitlands, she encounters Beetlejuice in the model. Beetlejuice tries to convince her that he can help her find the Maitlands if she says his name three times. Lydia is almost tricked into saying this, until she realizes that Beetlejuice was the snake, and doubts if he really can help her find the Maitlands. Just then, Adam and Barbara appear, and Lydia explains what was about to happen. Lydia, feeling distraught to be living, tells them of her wish to be dead. Barbara talks her out of these thoughts, and tells her that they've decided to not scare the family, and allow them to stay.

Just then, Otho and Charles appear in the attic; Lydia and the Maitlands hide. Otho and Charles carry Adam's model of the town downstairs, where they give Charles' business associate Maxie Deen (Robert Goulet) an overview of Charles' plan to turn the town into a paranormal-themed attraction. Charles also requests that Lydia produce the Maitlands for their guests, but when she refuses, Otho explains that he has a way.

Using the handbook and the Maitlands' wedding clothes, Otho performs a seance that forces the couple to appear before them. However, this causes the Maitlands to deteriorate, their forms reverting to their decaying corpses.

Frantic, Lydia rushes to the model and sees Beetlejuice in the graveyard. She begs him to help her. Beetlejuice agrees on the condition that Lydia marries him. She agrees to this, and the Maitlands are saved. However, Beetlejuice then holds Lydia to her word, and holds Charles and Delia hostage as 'witnesses,' as Otho escapes.

Both Adam and Barbara struggle to stop Beetlejuice, who sends Adam into the model and Barbara to the sandworm planet. Through a joint effort, they do away with Beetlejuice and save Lydia.

In the aftermath, the Maitlands and the Deetzes co-occupy the house, and Lydia is much more cheerful in her new environment.

Tagline: The Name In Laughter From The Hereafter.

Based on 0 rating
0 user 1 critic
Did you know? Out of all the film's he's acted in, this is Michael Keaton's favourite. Read More
1 Critic Review

The movie is crammed with visual invention and snappy comedy.
Steve Rose, The Guardian
0

Transportation Coordinator
Don Newton
Technical Details
Film Type:
Feature
Language:
English
Colour Info:
Color
Frame Rate:
24 fps
Aspect Ratio:
1.85:1 (Flat)
Stereoscopy:
No
Fun Stuff
Taglines:
The Name In Laughter From The Hereafter.
Say it once... Say it twice... But we dare you to say it THREE TIMES
He's guaranteed to put some life, in your afterlife
spinning head
In This House... If You've Seen One Ghost... You Haven't Seen Them All.
Movie Connection(s):
Reference: The Wizard of Oz (English)
Followed by: Beetlejuice 2 (English)
Trivia:
Michael Keaton improvised 90 percent of his lines.

Out of all the film's he's acted in, this is Michael Keaton's favourite.

The studio was initially going to call the film "House Ghosts." As a joke, Tim Burton suggested the name "Scared Sheetless" and was horrified when the studio actually considered using it. 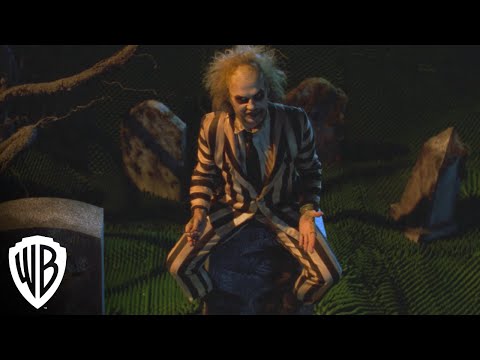 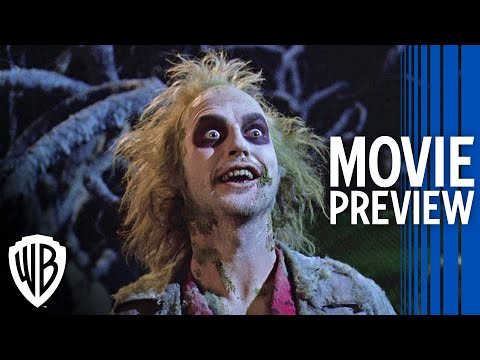