Cancel
A English spice baron settles in South India during the waning years of the Raj, and ends up falling in love with a marriage woman in the village.
See Storyline (May Contain Spoilers)

Before the Rains is set in 1930s Malabar District of the Madras Presidency of British India, against the backdrop of a growing nationalist movement. An idealistic young Indian man, T.K. (Rahul Bose) finds himself torn between his ambitions for the future and his loyalty to tradition when people in his village learn of an affair between his British boss and close friend Henry Moores (Linus Roache) and a married village woman Sajani (Nandita Das).

Henry and T.K. are working on building a road in rural Kerala. The start of the film focuses on the affair between Henry and his house maid Sajani. They make love near a waterfall, witnessed by two children who flee. Both Henry and Sajani are married to different partners and both know of each other's marriages. Henry's wife and son return from their vacation in England. Sajani is distraught but Henry assures Sajani that she is the one he loves. Sajani's violent husband finds out about her infidelity and brutally beats her. Sajani flees to Henry's house; Henry instructs T.K. to take her away into hiding. T.K tells Sajani never to come back as she is now disgraced and her presence in the village will endanger Henry's life. Sajani does not believe T.K but leaves nonetheless. During this time, resentment towards the British grows stronger; news about an adulterous act between an Indian woman and a British man would be inflammatory.

Sajani's love for Henry drives her back to Henry's house. Henry tells her to leave and admits that he does not love her. A distraught Sajani finds T.K's handgun (a gift from Henry), shoots herself in the chest, and dies. T.K. and Henry throw her body in the river to conceal her death.

Sajani's disappearance garners interest in the village. Sajani's brother and husband gather the men of the village to search the jungle. The same two children who discovered Sajani and Henry near the waterfall then discover her body. It is established that a bullet from an English pistol killed her. A mob led by Sajani's husband attacks T.K., the only Indian man around with a handgun. The bullet and the handgun match and T.K is tried by the village council for murder. T.K is forced to tell the truth to the council, while Henry's wife discovers her husband's affair and his involvement in Sajani's death and leaves her husband to return to England.

T.K proves his innocence to the council in a test by fire. The council elders tell T.K. that he has to kill Henry to get his honour back since he aided and abetted in covering up a killing. Sajani's brother and T.K. go to kill Henry. When it comes to the moment for T.K to kill Henry, he cannot pull the trigger but instead tells Henry that no man owns anything, it belongs to everyone. The film ends with the onset of the monsoon. Henry and T.K's road holds and does not yield to the pouring rains.

Tagline: Passion has its price.

Based on 0 rating
0 user 0 critic
Did you know? This film is adapted from a story from the anthology Israeli movie Asphalt Zahov (2001). Read More
0 User Reviews
No reviews available. Click here to add a review.
Cast 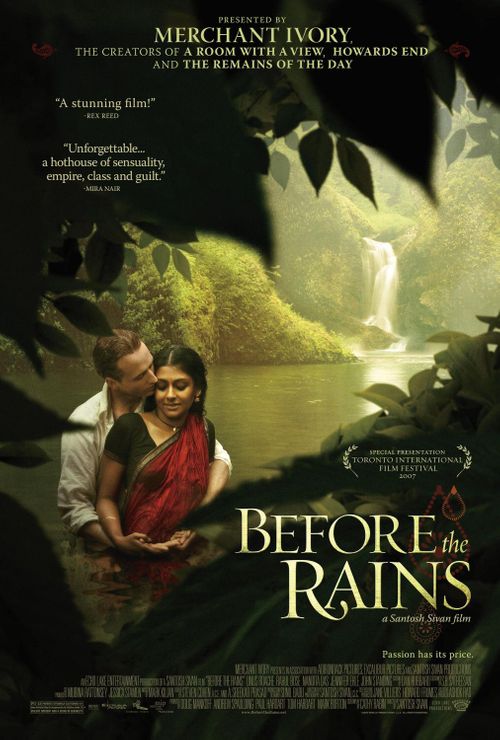