Cancel
Manjeet Khosla lives with her widowed mom in Bombay, India. She gets married, gives birth to a son, and separates from her spouse. She goes to live on the 12th floor of an apartment building. Thereafter, she has an affair with Sanjay Thakkar, who is the son of the building Secretary. Shortly thereafter, she and her son fall down from their balcony and die. The building watchman testifies that Manjeet was depressed and suicidal. The apartment remains vacant for sometime, and then eventually new tenants, Vishal and his wife, Swati, move in. Vishal finds out about Manjeet's untimely death but keeps this information from Swati. When Swati finds out she is displeased with Vishal, but her anger dissolves quickly. Then Swati starts sleep-walking, leading Vishal to have her medically examined. After she recovers, she claims to see Manjeet in her apartment, as well as behaves strangely. Then the building watchman gets killed by having his neck and head turned backwards. Police Inspector Liyaqat Quereshi is assigned this case and initially questions Thakkar and Vishal. He keeps vigil on the apartment and finds out about Swati's sleep-walking habits and starts to suspect her. He also finds out that Swati is suffering from multiple personality disorder. Then Vishal asks Sarita, a psychic, for help - to which she agrees - and it is through her assistance that Vishal will find out that Manjeet did not kill herself, but she and her young son were killed and then thrown from the 12th floor of the building. The question remains: Who killed Manjeet, and what is the dead woman's connection with Swati and her ailments.
See Storyline (May Contain Spoilers)

The story is about Vishal (Ajay Devgn) who is married to Swati (Urmila Matondkar). The couple buy a high rise apartment at a ridiculously low price. The caretaker of the apartment, Mr Thakkar (Amar Talwar) explains to Vishal that a widow named Manjeet Khosla(Barkha Madan), the previous resident, committed suicide after killing her own son. Vishal hides this fact from Swati, as she will object to buying such a residence. But Mr.Thakkar accidentally slips in the secret.

Swati is livid at Vishal, although he disbelieves the notions of ghosts and bad luck. Then, Swati starts behaving strangely. Vishal consults Dr Rajan (Victor Banerjee). But soon enough, Vishal and Mr Thakkar's son Sanjay (Fardeen Khan) witnesses Swati killing the watchman of the apartment in a supernatural way, and his skepticism is rudely challenged. Sanjay came to visit his father, and has started to suspect Vishal since he saw Swati murder the watchman. He informs Inspector Qureshi(Nana Patekar), who reaches the apartment to investigate the death, however he becomes suspicious of the duo and their strange behaviour.

Finally, Vishal's maid calls an exorcist named Sarita (Rekha). Sarita sees the ghosts of Manjeet and her son. She advises Vishal to meet Manjeet's mother (Tanuja), since she can placate her daughter's spirit. Vishal complies and meets Manjeet's mother. He learns from Manjeet's mother that Manjeet was not the type of woman who would commit suicide. He explains the situation to her and asks her help. She comes with him and somehow placates Manjeet's spirit. Meanwhile, Sanjay, is seen behaving erratically since the watchman has been brutally killed. His father Mr Thakkar calls him to the apartment.

The exorcist sees Sanjay entering the building and confronts him. It is then revealed that many years ago, Sanjay came to visit his father and got his heart on Manjeet as he saw her in the apartment. He broke into her house, and had developed a lust for her, but when she rejected him, he pushed her and she accidentally fell off the balcony and died. But Manjeet's son saw the murder, upon which Sanjay hired the watchman to kill him. Manjeet, who has still occupied Swati's body, sees Sanjay and chases him. Qureshi tries to stop her, having no idea of the real story. Qureshi then catches Sanjay, but is unaware that he had murdered Manjeet, and lets him leave.

Sanjay escapes, only to find himself surrounded by Vishal, Sarita, Manjeet and Qureshi who now knows the truth. A terrified Sanjay confesses the crimes, upon which Manjeet's mother urges her to stop. Sanjay is arrested by Inspector Qureshi, and thrown into jail. Manjeet leaves Swati's body, and Vishal and Swati live a good life in the apartment. Meanwhile, in the lockup, Qureshi tells Sanjay that death sentences are light penalties for a criminal like him. He wishes that Sanjay gets a bigger punishment. After Qureshi leaves the darkened cell, Sanjay finds himself face to face with Manjeet. He starts begging for mercy, but his voice soon fades out.

Based on 1 rating
0 user 0 critic
Did you know? Despite having no songs, the film had a separate soundtrack album released for promotion. Read More
0 User Reviews
No reviews available. Click here to add a review.
Cast

Despite having no songs, the film had a separate soundtrack album released for promotion.

The film's background music had a chilling and memorable effect on audiences in theatres. 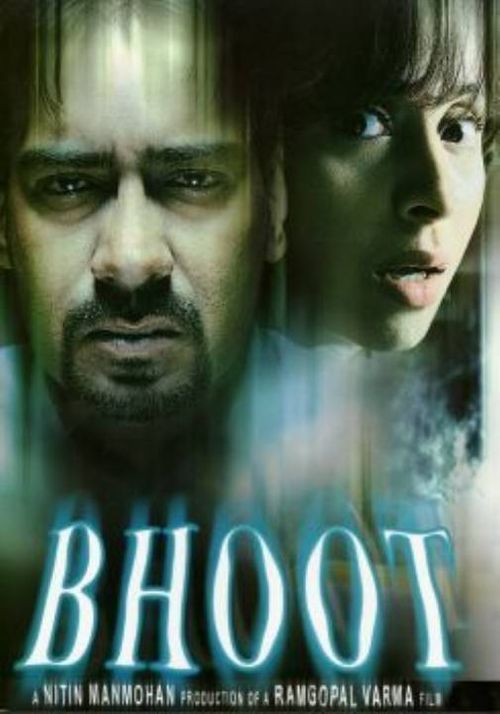