Cancel
David Billa a refugee comes to Rameswaram in Tamil Nadu and his journey begins into crime. Initially he starts as a local diamond smuggler. He eventually meets Abbasi, an underworld don in Goa and helps him out in a deal and wins his favor. For one of Abbasi's deals Billa goes to Georgia where he meets a ruthless international don Demitri. They get acquainted that creates a rift between Abbasi and Billa. A challenge is thrown by Billa to Abbasi and he starts building his own empire, which eventually results in Billa crossing swords with Demitri himself. The bloody battle begins in Goa and ends in Georgia.

Tagline: Every man has a past, every don a history

Based on 0 rating
0 user 0 critic
Did you know? Though he was urged by the stunt master to use a double for one of the difficult stunt scenes, Ajith insisted he do the scene himself. Read More
0 User Reviews
No reviews available. Click here to add a review.
Cast

Visual Effects Supervisor
Mohammed Abrez
Ramesh Karthikeyan
Shangeeth Sathyanathan
Technical Details
Film Type:
Feature
Language:
Malayalam
Colour Info:
Color
Camera:
Red Epic
Frame Rate:
24 fps
Aspect Ratio:
2.39:1 (Scope)
Stereoscopy:
No
Archival Source:
QubeVault
Fun Stuff
Taglines:
Every man has a past, every don a history
The beginning
Movie Connection(s):
Dubbed from: Billa II (Tamil)
Filming Locations:
Chennai, Tamil Nadu
Goa
Goofs:
Continuity
The blood stain on David's shirt is spread out when he is fighting inside a building. When he comes out, the stain is not spread out and appears dark. And in the next shot, there is a new blood stain on his belly over the shirt.

Miscellaneous
The antagonist shows a view of his arms factory in an LCD monitor. This is a contradiction as the film was set in a period where LCD monitors and cameras didn't exist.
Trivia:
One of the film's action scenes was shot in Georgia at a temperature of -5 degrees Celsius.

A one-minute teaser of this film got over 500,000 views on YouTube within the first three days of its release, setting a new record for Tamil films.

Though he was urged by the stunt master to use a double for one of the difficult stunt scenes, Ajith insisted he do the scene himself.

Since this film is a prequel, director Chakri Toleti made use of the kind of apparel that was used in the year 2000.

While shooting in Georgia, a group of 20 to 25 Tamil students unfailingly followed the Billa 2 team at every location, just to catch the cast and crew in action. Overwhelmed by this, on the last day of the shoot, Ajith Kumar invited them over to his hotel lobby to spend quality time with them.

This is the first ever film of Ajith Kumar to be released in more than 1000 screens.

This is the first Indian movie to be shot with the Red Epic camera. 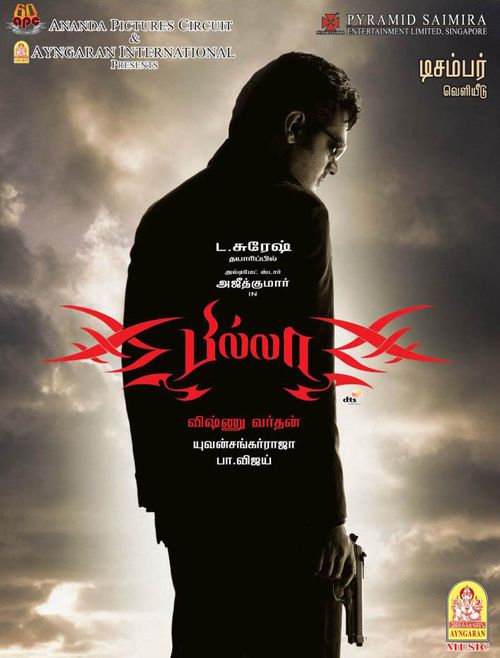 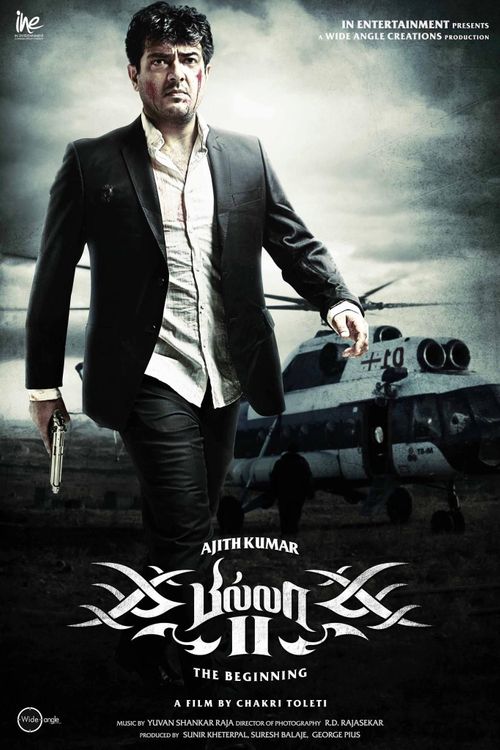