Cancel
Bangkok-based bike-racer Sameer Singh gets in debt with Gulshan, and flees to the Bahamas to live with his brother, Sagar, and his live-in girlfriend, Mona. But Gulshan catches up with him, allegedly kills Nikki, who Sameer loves, and forcibly abducts Mona. In order to return the money, the duo, along with Aarav Malhotra, decide to scour the bottom of the ocean for a ship 'Lady in Blue' that was sunk on purpose in July 1949. This ship contains treasure that was being returned by the tyrannical British as a goodwill gesture. The trio will soon find that unknown dangers await them and that one of them has a hidden agenda of his own.
See Storyline (May Contain Spoilers)

The story follows three men on an underwater treasure hunt. In the Bahamas, Aarav (Akshay Kumar) runs a successful fishing company under the title of Blue. He works with Sagar (Sanjay Dutt) who works as a diver for Aarav's fishing company. Sagar is in a relationship with Mona (Lara Dutta) and wants to propose to her soon. Sagar is under a financial crisis, and to help him, Aarav advises Sagar to retrieve the lost treasure of a sunken ship called Lady in Blue. However, Sagar refuses to go to the ship due to an unknown reason.
Meanwhile, Sagar's younger brother Sam (Zayed Khan) is in Bangkok. Sam is a bike rider, and meets Nikki (Katrina Kaif), a female biker who works for an underworld gangster named Gulshan (Rahul Dev). Sam is challenged by Gulshan to a bike race, and after Sam wins, he asks Nikki out for dinner. Before leaving, Gulshan asks Sam to work for him, but Sam refuses unless there's a large sum of money involved.
During Sam's date with Nikki, Nikki explains to Sam that the job Gulshan proposed would pay with $50 million. Gulshan hires Sam to work for him, but Sam is setup by Gulshan in failing to deliver a package costing Gulshan the $50 million. Sam must either pay his money back or die. Sam does not have the money so he explains to Nicki, whom he now loves, that he is going on holiday to the Bahamas to visit his brother Sagar and doesn't think Gulshan will find him there. Sam arrives at Aarav's company and Sagar welcomes him happily. In the Bahamas, Sam receives a call from Gulshan on Nikki's phone, explaining that he has killed Nikki, and knows where Sam is.
Soon enough, Gulshan and his crew arrive in the Bahamas and surround Sam. Aarav enters and beats everyone up, saving Sam's life. For now. Sam tells Aarav what he did wrong, and Aarav decides he needs to tell Sagar about the situation. When Sagar learns how much trouble Sam is in, Sam tries to convince Sagar to retrieve the treasure from Lady in Blue. Sagar refuses. The next day, Gulshan bombs Sagar's home, and kidnaps Mona, with a ransom of $50 million or Sam for her return. When Sagar tells Sam and Aarav, Sam decides that they need to go and rescue Mona as they already killed Nikki and will kill Mona too. But Aarav speaks up and says they don't know how far Gulshan is connected and they may all die, meaning the only option is to find the treasure, pay off Gulshan and use the rest of the money to live comfortably. Sagar is still hesitant and it is revealed that Sagar has a haunted and shocking past with Lady in Blue. Years ago, Sagar had to abandon his father at the ship to save his own life. However, after Aarav convinces Sagar that the treasure will save the lives of both Mona and Sam, Sagar finally agrees. The three of them bring the treasure up and find Gulshan sitting on the top of his ship that him and his gang have steered up next to the ship belonging to Sam, Sagar, and Aarav. He tells Sam and Sagar that Aarav hired Gulshan to do all of this. Soon there is a fight between Sagar and Aarav, and Aarav jumps into the ocean. Mona, Sam, and Sagar are forced to leave him there, and Sagar agrees never to come back to the Lady in Blue, after losing two kin there. His father and friend, Aarav.
Three months later Sagar gets a call from Aarav. Talking to them, Aarav reveals that he survived his leap into the ocean, and tells them that his grandfather was the traitorous captain of the ship, Lady in Blue. Aarav never admitted to Sagar who his grandfather was, beause he didn't want to dishonor his family. Aarav explains that finding the treasure of the Lady in Blue would help bring honor back to his family name, and he befriended Sagar, knowing he was the only one who could take him to the treasure. Throughout the phone call, a woman's arm is seen around Aarav, and later, the woman asks to speak to Sam. It is revealed that the woman is Nikki, and she is Aarav's wife. She asks Sam to forgive her for deceiving him, but it isn't revealed if Sam said yes or no. However, while Sam answers there is a smile on Nikki's face. The film ends with Aarav and Nikki cuddling on one of Aarav's boats, and the end credits begin.

Based on 0 rating
0 user 0 critic
Did you know? The film is loosely based on the American movie Into the Blue (2005). Read More
0 User Reviews
No reviews available. Click here to add a review.
Cast

The film's script was written with Sanjay Dutt and Akshay Kumar in mind for the lead roles.

Lara Dutta didn't know how to swim when she was cast, and had to take lessons. She had almost drowned while filming the movie Andaaz (2003), but was rescued Akshay Kumar. Coincidentally, Akshay was the one who recommended her name for this underwater exploration adventure movie.

Lara Dutta initially turned down her role because she didn't know how to swim. When she found out Akshay Kumar recommended her, she called him and said that she coulndn't accept the role. But Akshay encouraged her and suggested she take swimming lessons. 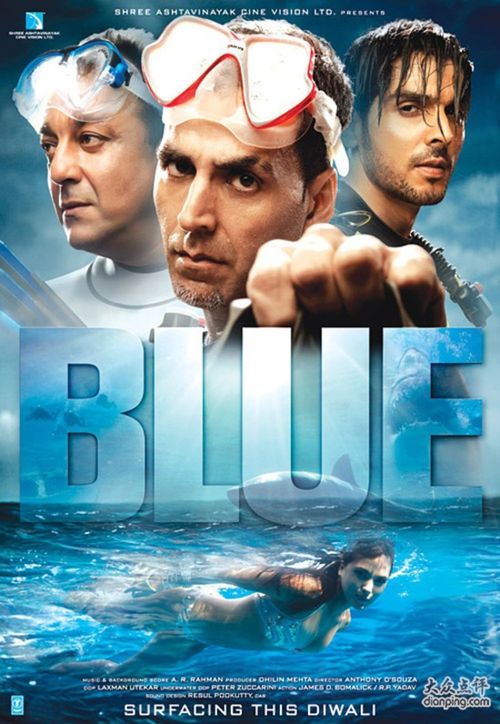 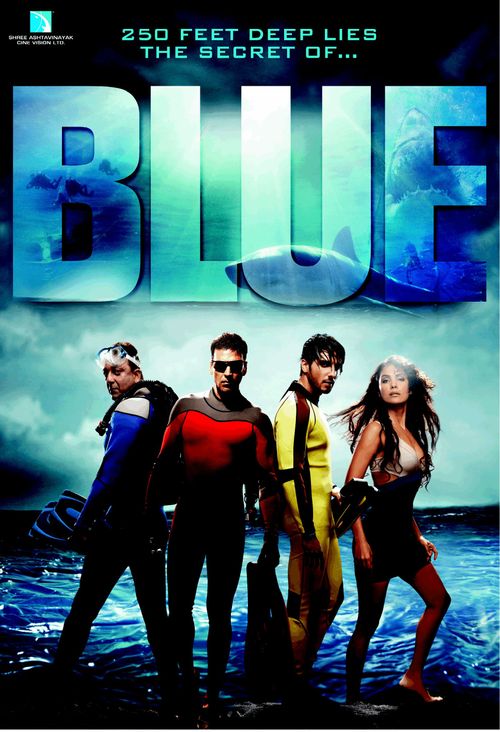 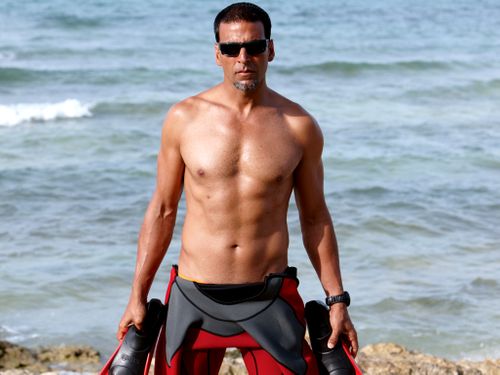 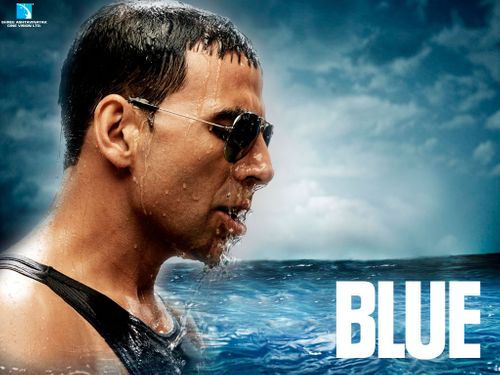 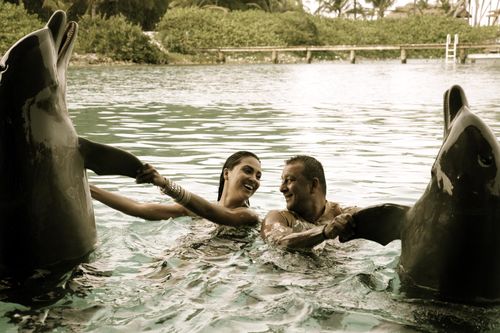 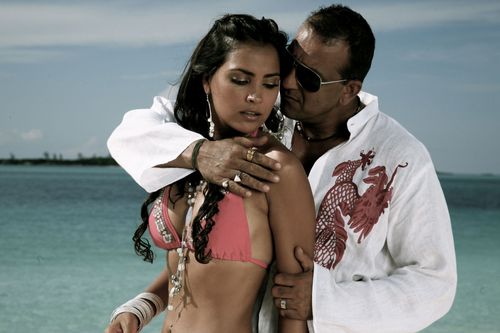 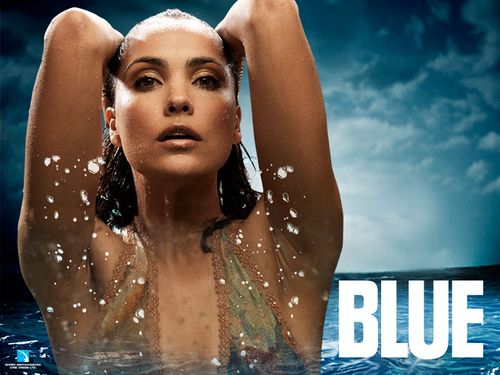 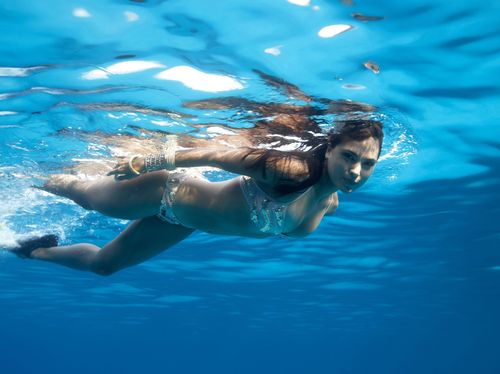 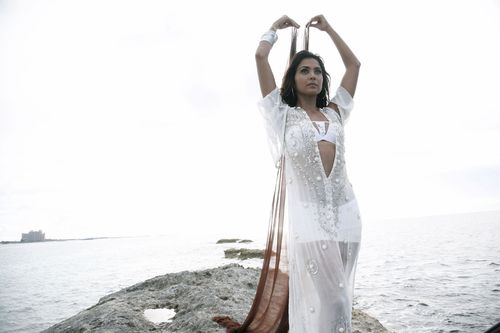 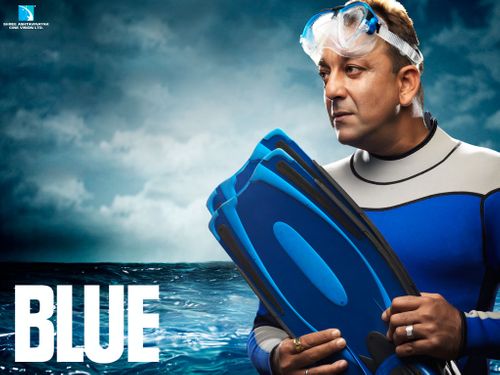 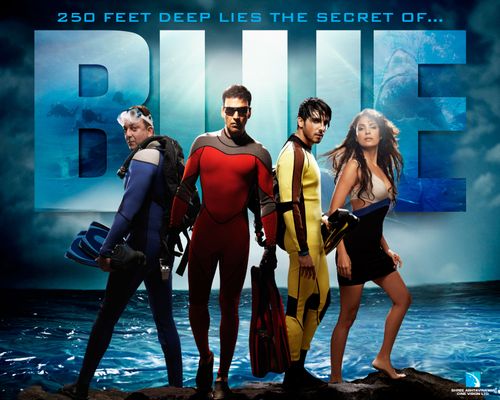