Cancel
'Bobby' is a bold and evocative teenage love story deploying the urban ‘pop’ iconography of mid- 60s middle-class teenage fashions and exploring the drastically changing social concepts about romantic relationships, love and marriage in that era. The 18-year-old Raj Nath (Rishi Kapoor), son of a wealthy businessman (Pran) and a rough but prosperous Goan fisherman’s (Premnath) 16- year-old daughter, Bobby Braganza (Kapadia), have a romance despite their respective fathers feuding over class status. Will the lovers be able to unite in the sacred bond of matrimony? Can their respective families and society at large accept a relationship between two people coming from a vastly different socio-economic strata of society?
See Storyline (May Contain Spoilers)

The couple first sees each other during Raj's birthday party, and meet when Raj goes to see his old governess, Mrs. Braganza. There, he sees her granddaughter Bobby, and it is love at first sight for him. Raj and Bobby go to see a movie but find out it is closed. Then Raj gets an idea to go to a party. At the party Bobby sees Raj talking to another girl and thinks he is using her.

As the story progresses, Raj realises that his relationship with the daughter of a poor fisherman is not taken kindly by his eccentric father. Upon Raj's insistence, Mr. Nath visits Jack to initiate talks of Raj and Bobby's wedding. But instead, Mr. Nath accuses Jack of using his daughter's beauty and charm to trap Raja for his money. He even offers Jack cash to have Bobby stop seeing Raj. Jack feels highly humiliated by this accusation and reciprocates by insulting Mr. Nath. Their talk enters a deadlock and spells doom for Raja and Bobby's tender love. Mr. Nath engages Raj to a mentally challenged girl, Alka (Farida Jalal), in order to establish business ties with her rich father. But Raj runs away from home, to unite with Bobby.

They both run away together. Mr. Nath advertises a reward for anyone who can help find his son. Prem Chopra (Prem Chopra) decides that he wants the money, and he and his goons kidnap Raj and Bobby. When they try to escape, Prem starts beating Raj. Mr. Nath and the police come to help, and they find Jack already there attempting to help Raj. Raj and Bobby run away from their fathers and jump over a waterfall. Both Mr. Nath and Jack jump into the water after them. Mr. Nath rescues Bobby, while Jack rescues Raj. They realize that they love their children very much, and don't want to stand in the way of their happiness. They accept each other's kids as their own and give their blessings to the union.

Based on 0 rating
0 user 0 critic
Did you know? Dimple Kapadia was reportedly chosen to play the role of 'Bobby' due to her resemblance to Nargis. Read More
0 User Reviews
No reviews available. Click here to add a review.
Cast

The movie is widely regarded as the cult classic, and was a blockbuster hit becoming the top grossing hit of 1973, and the second top grossing hit of the 1970's decade. It has also been ranked among-st the Top 25 Must See Bollywood Films of all time.

The movie is credited as being a trend-setter that introduced to Hindi cinema, the genre of teenage romance with a rich-vs-poor clash as a backdrop. Numerous movies in the following years were inspired by this plot.

A major fight broke out between Shammi Kapoor and Feroz Khan during the soundtrack audio launch party of this film. 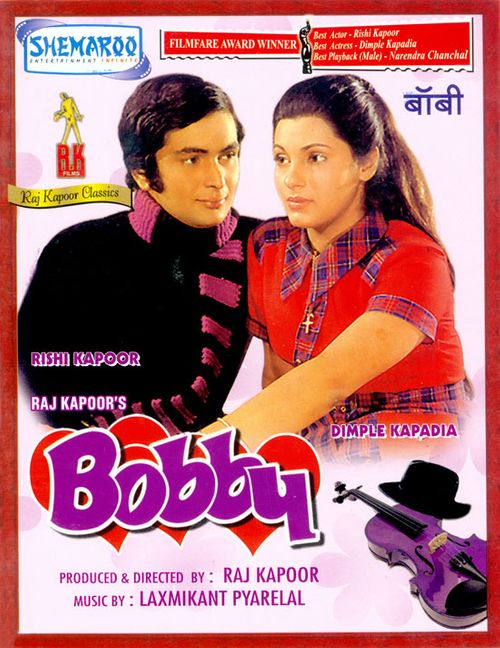 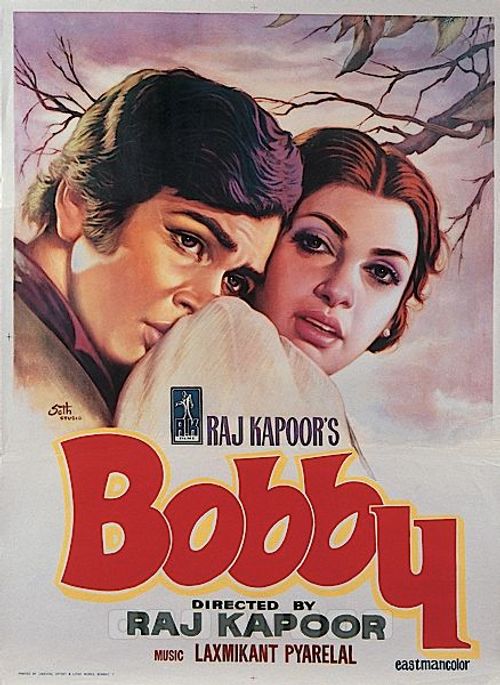