Cancel
A fearless and skilled bodyguard is assigned to protect the daughter of a powerful man. In order to divert his attention and escape his constant scrutiny, she calls him from a private number, teases him, and slowly develops a relationship with him. He falls in love with his caller, without ever knowing her true identity. How will their unique love story unfold?
See Storyline (May Contain Spoilers)

This offbeat romantic drama revolves around Venkatadri (Venkatesh), a tough bodyguard who is assigned to protect the family of Varadarajula Naidu (Prakash Raj). Keerthi (Trisha Krishnan) is the college going daughter of Naidu and Venkatadri accompanies her to the college to keep a watch.

Fed up with the close scrutiny maintained by Venkatadri, Keerthi hatches a plan with her friend Swathi (Saloni Aswani) to divert Venkatadri’s attention. Keerthi tries to get away from Venkatedri by calling him from a private number. Venkatadri falls in love with the girl without knowing that it is Keerthi herself.

At one point, Keerthi too feels herself becoming attracted to Venkatadri and expresses her desire to meet him in person. She tells Venkatadri to meet at a railway station and elope with her. Venkatadri agrees, unaware it is Keerthi.

Naidu comes to think that Venkatadri and Keerthi are going to run away. In order to save Venkatadri from Naidu's anger, Keerthi lies that Venkatadri is meeting another girl at the train station. Naidu lets Venkatadri leave as he is desperate but tells his henchmen to kill Venkatadri if a girl does not come there at the station (which implies that Keerthi loves Venkatadri).

Many years later, after Venkatadri and Swathi's marriage, they have a son. Swathi passes away shortly after. However, before her death, she leaves a diary for her son that outlines the whole story between the phone calls of Venkatadri and Keerthi and their love.

The son later goes to Keerthi's house with Venkatadri to visit an elderly Naidu. Venkatadri is shocked that Keerthi has remained unmarried. The son asks Keerthi to come with him and become his mother and Venkatadri is angry at his son for saying something so blunt and rude. But Naidu begs Venkatadri to take Keerthi as his wife. So they go on to the train together but the son runs away before leaving and throws the diary into a trashcan nearby.

Venkatadri finds the diary and realizes soon that his real lover, the girl who had waited for him for so many years faithfully, was Keerthi. He calls Keerthi on her cell phone and addresses her as Bangaram. Keerthi is overwhelmed with joy and happiness, realizing that Venkatadri has come to know the truth and her identity. She runs toward Venkatadri and they both hug each other while his son is happily watching them.

Based on 0 rating
0 user 0 critic
Did you know? For her powerful performance in this movie, Saloni Aswani won the award for Best Actress in a Supporting Role, at the 2nd South Indian International Movie Awards. Read More
0 User Reviews
No reviews available. Click here to add a review.
Cast

This movie is a remake of the successful Malayalam film 'Bodyguard' directed by Siddique, starring Dileep and Nayantara in the lead roles. Owing to its universal success, the original was also remade in other languages like Tamil and Hindi. 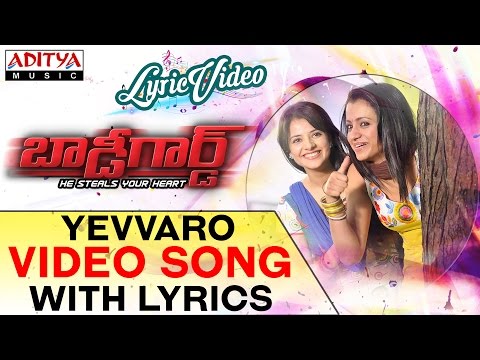