Cancel
When Meghalaya-based Gogai attempts to molest his subordinate, Kalyani, her husband, Khogiram Maheshwar Gwala, also an employee, intervenes, a scuffle ensues, people gather and separate the duo, and an enraged Gogai fires them. Khogiram is unable to find a job; Kalyani does not make enough money weaving baskets; while their two children, Pinaki and Rimzim, have not only to deal with their respective Catholic schools, but also assist their parents, and share a pair of shoes. Things get even worse after Gogai gets killed, and Inspector Vishwajeet Khatonyar detains and interrogates Khogiram - suspecting him of not only killing Gogai but also having connections with terrorists.
See Storyline (May Contain Spoilers)

Character development is very important in this film. Khogiram (Atul Kulkarni), his wife (Rituparna Sengupta) and their children Pinu (Darsheel) and Rimzim (Zia) belong to a terrorist dominated region. Khogiram and Ritu have a hand-to-mouth income working for a tea plantation and can barely manage things. The kids are affected by this as well. They go to a respectable school as it is Khogiram's ambition to give them the educational opportunities he missed. But the financial crunch makes it difficult for kids to match the standards of the school. They don't have enough money for uniform or shoes. Things become worse when Pinu misplaces Rimzim's only pair of shoes in the vegetable shop. Pinu tells Rimzim about the shoes and begs her not to tell their mother; she agrees.

Rimzim can't go to school without her shoes. They work out a scheme where both of them share the same shoes. Rimzim will wear them to school in the morning and hand them off to Pinu at midday so he can attend afternoon classes. However, Pinu always gets into trouble at school waiting for Rimzim to give him the shoes. Meanwhile, Pinu's father, desperate for money, borrows some gardening equipment and heads off with Pinu to the rich suburbs of the town to find some gardening work. They try many mansions until a mansion belonging to a 6-year old girl and her grandmother agree. While Pinu plays with the 6-year old girl, his father works. They make a lot of money and decide to work at the mansion. One day rimzim see a girl wearing her lost shoes at her school and she follow the girl. She takes pinu to their house to show the place and they find out that family is more poor than them. One day Rimzim is attracted to a new shiny pair of shoes that the same poor girl is wearing. She asks her about what she did with her previous pair of shoes and when she learns that the girl had thrown away her old pair of shoes, she is greatly disappointed.

Meanwhile, Pinu comes to know of the Interschool Marathon where one of the prizes is a pair of shoes. Pinu enters the marathon race in the hope of receiving the third prize of a new pair of sneakers (the first prize being free education to the winner till he completes high school), which he could exchange for girl sneakers and give to Rimzim. He accidentally wins the race and is placed first. He is shocked and cries on the podium as he watches in despair at the new pair of sneakers being awarded to the third placed runner. The film ends with Rimzim finding out that she will not get a new pair of shoes, but there is a quick shot of their father's bicycle at the end of the movie that shows what appears to be red shoes with red trimming for Rimzim and another pair of white basketball shoes, presumably for Pinu, whose old shoes were torn from so much use.

Based on 0 rating
0 user 0 critic
Did you know? The film is a remake of the Iranian movie Children of Heaven (1997). Read More
0 User Reviews
No reviews available. Click here to add a review.
Cast 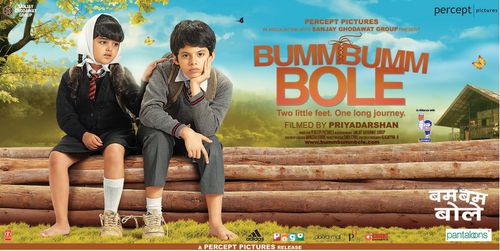 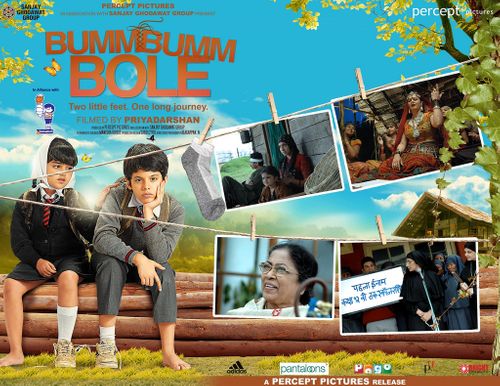 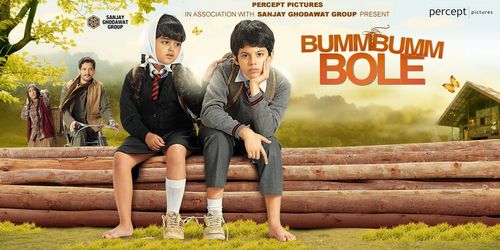 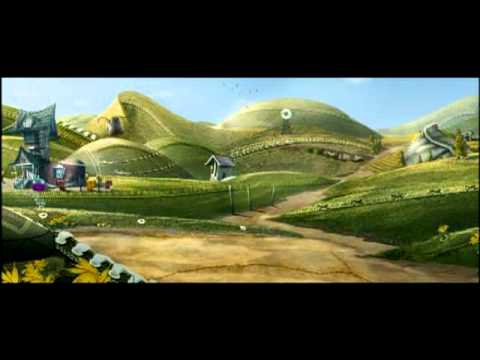