Nathaniel Mayweather (Chris Elliott) is a snobbish, self-centered, virginal man. After graduation, he is invited by his father to sail to Hawaii aboard the Queen Catherine. After annoying the limo driver who is taking him to board the boat, he is forced to walk the rest of the way.

Nathaniel makes a wrong turn into a small fishing village where he meets the imbecilic cabin boy/first mate Kenny (Andy Richter). He thinks the ship, The Filthy Whore, is a theme boat. It is not until the next morning that Captain Greybar (Ritch Brinkley) finds Nathaniel in his room and explains that the boat will not return to dry land for three months.

Nathaniel unsuccessfully tries to convince each fisherman to set sail to Hawaii, but convinces Kenny into doing so. However, the crew reaches Hell's Bucket, a Bermuda Triangle-like area where weird events occur. The ship is caught in a fierce storm and Kenny is knocked overboard and drowns. Without a cabin boy, Greybar forces Nathaniel do the chores in return for taking him to Hawaii. And with only one island in the entire area, the crew decide to sail to fix up the boat there.

The fishermen decide to give Nathaniel another chore that involves dragging him on a floating raft for a week. Nathaniel has little to eat or drink, begins consuming salt water and suffers extreme sunburn after confusing cooking oil as lotion. He also realizes he might be going insane after sighting Kenny's ghost and seeing a floating cupcake that spits tobacco. After falling into the water he is saved by a "shark-man." After nine days, Nathaniel is pulled back in and tells what happened. It is revealed by Skunk (Brian Doyle-Murray) and Big Teddy (Brion James) that the shark-man is known as Chocki (Russ Tamblyn), who can be trouble because he can like one person one way, but then hate them in the other.

Nathaniel spots a beautiful young woman named Trina (Melora Walters) swimming in the ocean. After she is pulled up in a net, Nathaniel becomes smitten with her. Not pleased with another passenger on board, the fishermen decide to strand Trina and Nathaniel on the island they're sailing toward.

Finally reaching the island, the crew searches for components to fix their boat. Nathaniel tries to get closer to Trina, who constantly rejects him. Greybar and Skunk suggest to Nathaniel that a woman named Calli (Ann Magnuson) can help build his confidence. After an encounter with her, Nathaniel again meets Trina, who becomes attracted to him immediately. Calli's husband Mulligan (Mike Starr), a giant, comes home to find a man's bag. Realizing what Calli has done, Mulligan decides to find her lover and kill him.

Nathaniel tries to save everyone by confessing to the giant he's the one who slept with Calli. Mulligan is about to kill Nathaniel with a giant nail clipper when Chocki saves him. Nathaniel then kills Mulligan by choking him with his own belt.

Finally reaching Hawaii, Nathaniel offers his newfound companions a job at the hotel where his father is the owner. They refuse because all they know how to do is fish and stink. They tell Nathaniel he's a fancy lad who should stay in Hawaii with his dad where he belongs. Nathaniel and the fishermen part ways, including Trina. His father, William Mayweather (Bob Elliott, Chris Elliott's real-life father), expresses disappointment of his son's actions. Not wanting to live the fancy-lad life, Nathaniel leaves to find Trina, and then both join the crew on the The Filthy Whore.

Tagline: He's Setting Sail On The High Seas... Without A Rudder, A Compass, Or A Clue!

Based on 0 rating
0 user 0 critic
Did you know? David Letterman makes an appearance as the "Old Salt in the Fishing Village", but the credits list him as "Earl Hofert". This is an inside joke for Letterman fans, as he also referred to himself as "Hofert" in some skits back at his old program Late Night with David Letterman (1982) on NBC. In real life, Hofert is an uncle of Letterman's on his mother's side. Read More
0 User Reviews
No reviews available. Click here to add a review.
Cast

David Letterman makes an appearance as the "Old Salt in the Fishing Village", but the credits list him as "Earl Hofert". This is an inside joke for Letterman fans, as he also referred to himself as "Hofert" in some skits back at his old program Late Night with David Letterman (1982) on NBC. In real life, Hofert is an uncle of Letterman's on his mother's side. 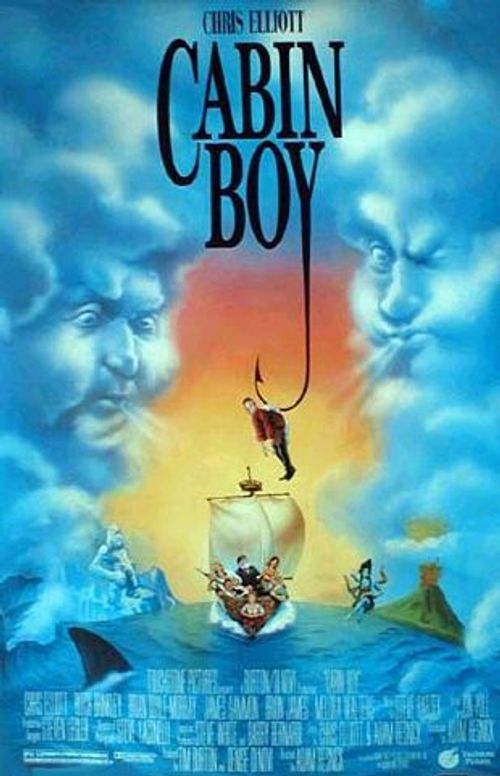