Cancel
When her husband is abducted and imprisoned within the confines of a cult during the Chilean military coup in 1973, a brave woman sets off on a mission to locate and help him escape to freedom.
See Storyline (May Contain Spoilers)

Based on true events, this intense political thriller traces the twists and turns in the life of Lena and Daniel, a young couple who lead a happy life.

Their troubles begin when Daniel is abducted by Pinochet's secret police and they soon find themselves deeply embroiled in the dangers of the Chilean military coup of 1973.

Bold and brave, Lena leads a mission to track Daniel's whereabouts and locates him at a sealed off area in the south of the country, called Colonia Dignidad. The Colonia presents itself as a charitable mission run by lay preacher Paul Schäfer but, in fact, is a place nobody ever escaped from. Lena decides to join the cult in order to find Daniel. Will she be successful in her mission? Can Lena and Daniel break through the confines of the cult and escape to freedom?

Tagline: Escape is the only option

Based on 0 rating
0 user 2 critic
Did you know? Emma Watson visited Villa Baviera (former Colonia Dignidad) in September 2014. Though the media initially thought she was on vacation, they later found she was doing research for her role Read More
2 Critic Reviews

Very silly stuff: but of some value as a quasi-historical footnote
Peter Bradshaw, The Guardian
0

It's hard to make a movie that can examine the great injustices of the world, while remaining entertaining at the same time
Mike Reyes, Cinema Blend
0

Revealing Mistakes
Lena and Daniel sit down on auxiliary seats facing the rear of the plane. They don't fasten their seat belts. However after take-off, when the plane goes to a steep climb, they sit comfortably on their seats when they actually should fall off due to the ascent.
Trivia:
Emma Watson visited Villa Baviera (former Colonia Dignidad) in September 2014. Though the media initially thought she was on vacation, they later found she was doing research for her role

One of the reasons that Emma Watson was interested in the film was because the woman that she plays saves her husband as opposed to the usual, where the girl is saved by a knight in shining armour.
Filming Start Date:
02 Oct 2014 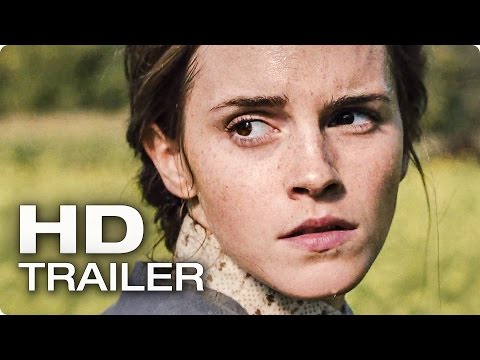 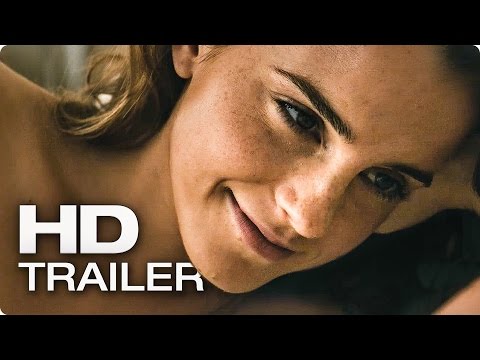 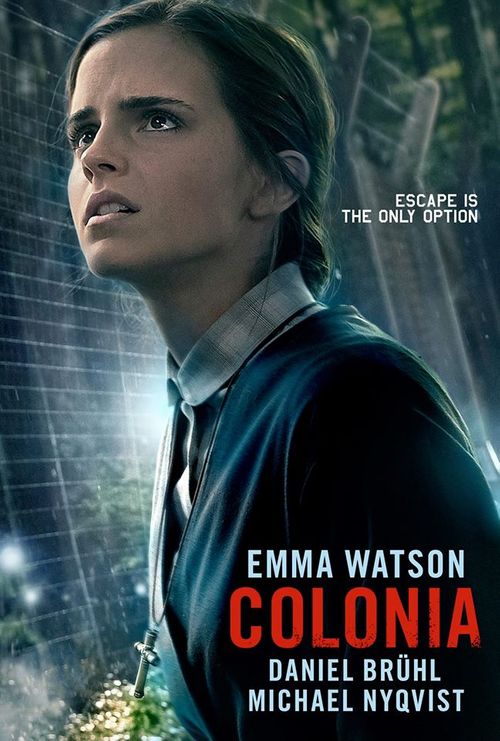 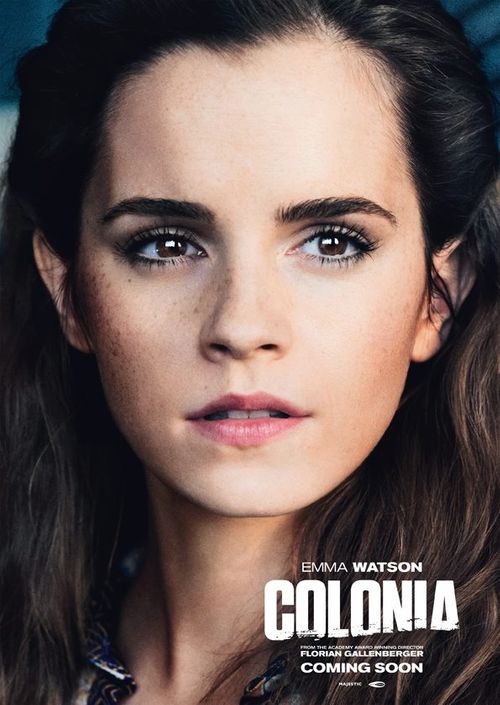 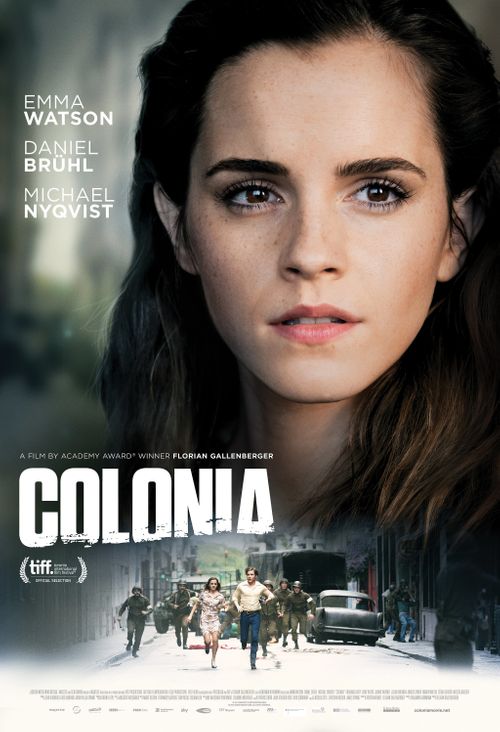 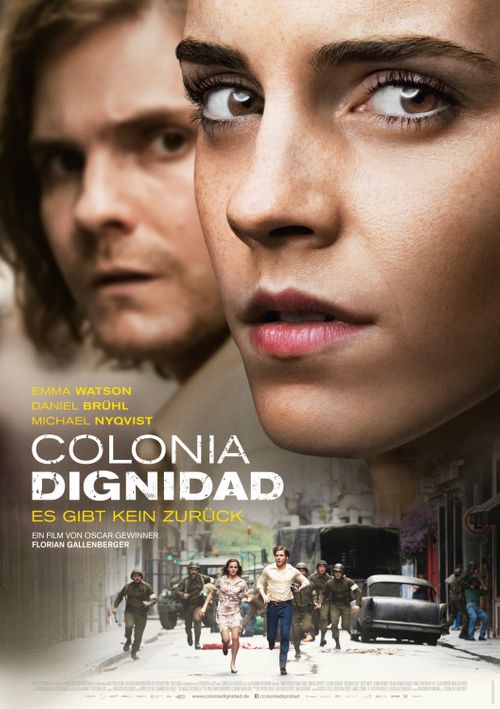 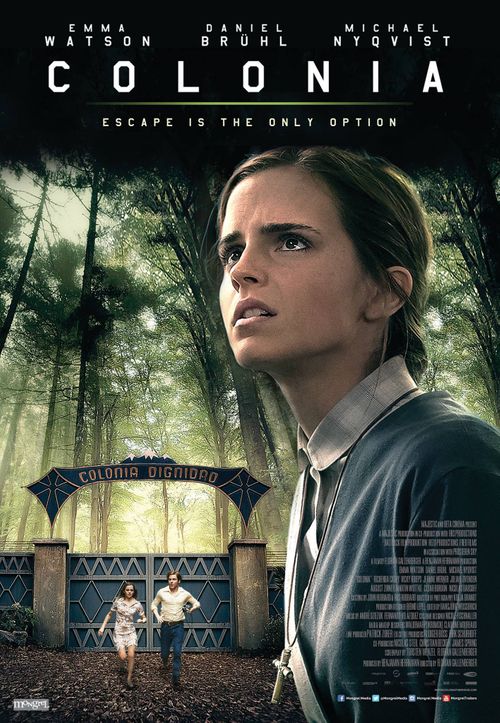 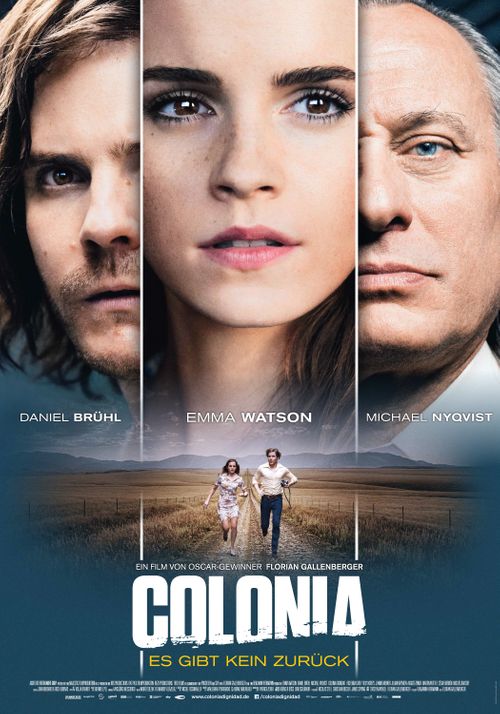