Cancel
Asian Hawk (Jackie Chan) leads a mercenary team to recover several lost artifacts from the Old Summer Palace, the bronze heads of the 12 Chinese Zodiac animals which was looted by foreigners in the 1800s. Assisted by a Chinese student and a Parisian lady, Hawk stops at nothing to accomplish the mission.
See Storyline (May Contain Spoilers)

The movie begins by Jackie Chan telling the story of the Old Summer Palace and its looting and destruction by British and French soldiers in the Second Opium War. Among the treasures stolen are twelve bronze heads of the animals of the Chinese zodiac.

In the present day, the bronze heads are auctioned for millions of euros each. The main company supplying the bronze heads and other stolen relics is MP Corporation. JC (Jackie Chan), is tasked by MP Corp to find the remaining lost bronze heads, with a promise of a 10 times bonus if he can recover all of them. JC visits a man named Professor Guan, who had created 12 identical replicas for study purposes with his team of researchers, under the pretense that he is a reporter named Martin from National Geographic. When left alone, JC scans the multiple bronze Zodiac animal heads using special gloves so that his secret organisation can replicate an extremely realistic model of them. After scanning, he goes to Paris to find a woman named Coco, recommended by Professor Guan, for more information on the whereabouts of two bronze heads.

JC, along with his partners Simon (Kwon Sang-woo), David, and Bonnie, infiltrate a mansion to find two of the bronze heads. JC manages to decode the password to a top secret vault and finds two bronze heads, a painting called "The Roses", along with many other valuable national treasures thought to be lost inside. JC's cover is soon busted but he manages to evade capture with all the valuables. However, he is spotted by Coco. Having no time to explain himself, he tells Coco to meet him at a boat house while fleeing from the mansion's security. At the boat house, Martin tells Coco that he is working for a secret corporation that is trying to recover all the lost relics for China. The guards from the mansion storm the boat house and try to attack JC. However, the police is called in and they are all arrested. JC, Coco and Simon are cleared of any wrongdoing and are released.

Coco, JC and his team are invited to a castle owned by a lady named Katherine (Laura Weissbecker). Unknown to them, the guards from the mansion continue to tail them out of suspicion. It turns out that the captain of the "Indestructible", one of the ships involved in the destruction of the Old Summer Palace and taking away the treasures, is Katherine's great-great-grandfather. This upsets Coco, who confronts Katherine on the issue. JC and his team find many valuable treasures in the castle, including the Bronze head of the Rooster, and hatch a series of plans to ferry them out. JC promises Katherine that he will help her locate her great-great-grandfather's remains.

The next day, they venture out in search of the Indestructible's treasures, located on a seemingly uninhabited island. JC instructs Coco and Katherine to stay behind while his team explore the island. However, Coco and Katherine disobey JC's orders to look for Katherine's great-great-grandfather's corpse on their own. They get entangled among the vines and this forces JC to rescue them. The group accidentally discovers the remains of the Indestructible, several more bronze heads and a large quantity of gold (plus the remains of Katherine's great-great-grandfather.) As they prepare to leave with all the artifacts, they are confronted by the guards from the mansion. In turn, the island's local inhabitants, a group of pirates, appear and promptly capture all of them. JC and his team fight their way through to escape the island via a log set up with a pulley system, leaving the five guards with the pirates.

Back on the yacht, Coco accidentally discovers the real motive of JC's ventures and confronts him. Subsequently, the log carrying approximately eight tonnes of gold sinks. Nevertheless, JC and his team still get rewarded for recovering some of the lost bronze heads. The group are enraged when they find out that the supposedly-missing dragon bronze head was already at the hands of MP Corp all along, thereby making it impossible to claim the large bonus. Meanwhile, Coco and her fellow students' protests over the sale of the national treasures escalated quickly and captured attention worldwide. As Coco's students try to find out more about MP Corp, three of them, including Coco's younger brother, are captured. Coco approaches JC for help but JC seems nonchalant.

JC contacts MP Corp on the availability of "The Roses" artifact and is allowed into the secret premises. Having toured the entire factory where almost exact duplicates of the relics are made to be sold as real relics in auctions, JC deduces the location of the captives. He challenges a long time rival who happens to be there as well – the unscrupulous treasure hunter, Vulture, to a fight but it ends in a stalemate. JC bargains with MP Corp to sell "The Roses" painting at a reduced price and secure the release of the three hostages. When MP Corp refuses, JC fights his way to the chamber. During the ensuing fight, a furnace explodes due to a guard's baton rupturing one of the pipes. The explosion destroys most of the facility. JC later settles for the release of the three hostages in exchange for the painting and not paying damages done to the premises.

Meanwhile, the dragon bronze head is expected to fetch the highest price in the auction but no one bids for it due to increasing pressure from activist groups. MP Corp, in a bid to teach these groups a lesson, threatens to throw the relic into an active volcano, calling the mission "Let the Dragon Fly," if no bids are received by 12:00 noon the next day. The deadline passes without a single bid and Vulture leads a group of three sky divers to throw the relic into the volcano. JC intervenes and, in the ensuing airborne struggle, seemingly dies in order to save the relic from dropping into the volcano. As a mark of respect, Vulture hands over the relic to a sprawled JC. MP Corp's owners are arrested on possession of "The Roses" painting. JC survives and is seen recovering in a hospital and on good terms with everyone, including Vulture. The movie ends with JC kissing his wife.

Based on 0 rating
0 user 0 critic
Did you know? There is an end of film cameo appearance by Lin Feng-jiao, Jackie Chan's wife and Jaycee Chan, Jackie Chan's son. Read More
0 User Reviews
No reviews available. Click here to add a review.
Cast

Continuity
When Chan catches the pepper shaker it is right side up. In the next shot it is now upside down.
Trivia:
Jackie Chan set a Guinness World Record in the film for "Most Credits in One Movie". Chan carried out 15 of the major creative movie-making roles for the film, including Director, Producer, Actor, Fight Choreographer and Composer, breaking the previous record of 11 credits held by Robert Rodriguez.

A major fight scene of the action movie cost 70 million yuan (at the 2012 rate more than 10 million US dollars).

Between April 18 and May 2 2012, some scenes will be filmed at the "Aerodium" vertical wind tunnel in Jelgava, Latvia.

"Jackie Chan" filmed a four minute stunt sequence for the film on Mt. Yasur, the volcano on Tanna Island in Vanuatu. 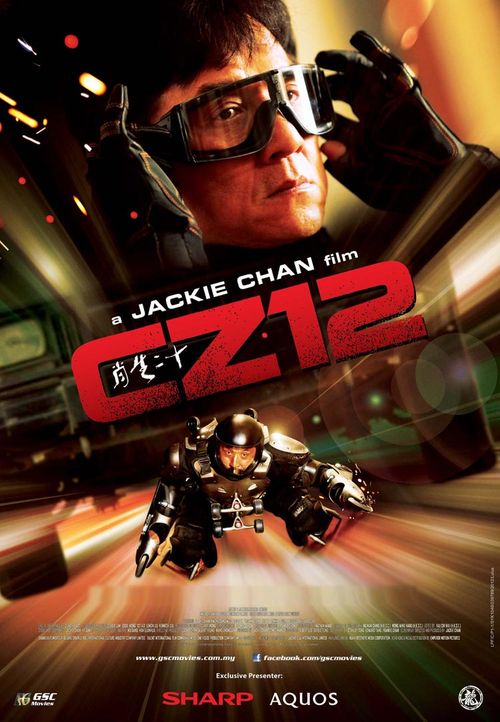 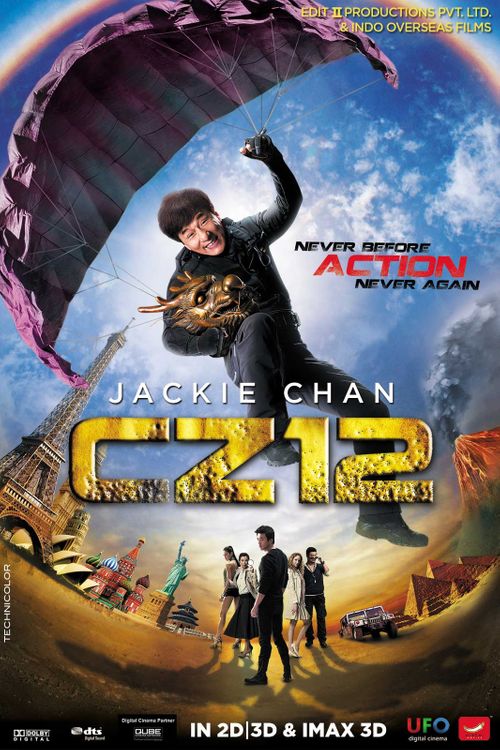 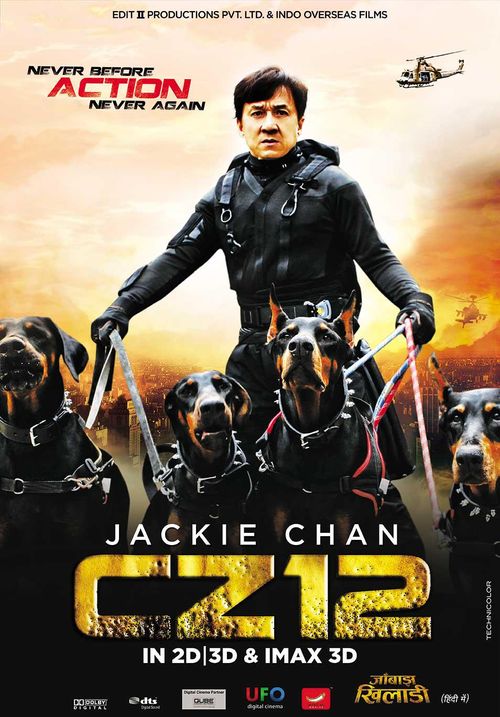 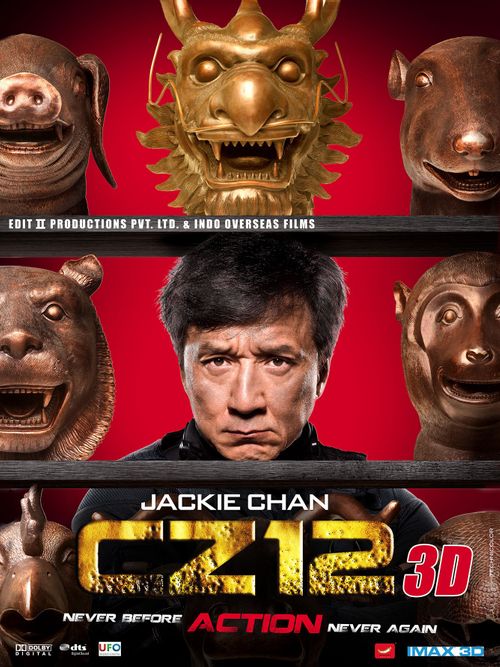 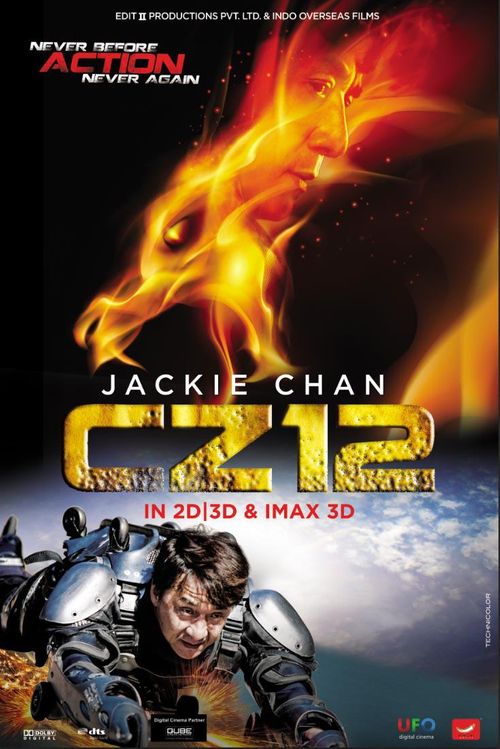