Cancel
Based on the Korean legend, unknown creatures will return and devastate the planet. Reporter Ethan Kendrick is called in to investigate the matter, and he arrives at the conclusion that a girl, stricken with a mysterious illness, named Sarah is suppose to help him. The Imoogi makes its way to Los Angeles, wreaking havoc and destruction. With the entire city under arms, will Ethan and Sarah make it in time to save the people of Los Angeles?
See Storyline (May Contain Spoilers)

The story follows the adventures of Ethan Kendrick, charged in his childhood by Jack to protect the Yeouiju, an individual born able to change an Imugi into a Celestial Dragon. To this end, Jack gives Ethan a medallion formerly belonging to Haram and reveals that the Yeouiju is Sarah, whom Ethan will find in Los Angeles.

15 years after this revelation, a corrupt Imugi identified as "Buraki" invades the city, bent on capturing Sarah; whereupon Ethan, now a televised-news anchor, rescues her, conveys the knowledge of her purpose, and attempts to save her from Buraki. During the resulting chase, Buraki's "Artox Army" enters the city and engages the United States Army, the United States Air Force, and the Los Angeles Police Department in battle. Here, the Atrox Army is shown to consist of black-armored, humanoid warriors; theropod-like cavalry called "Shaconnes"; small, winged Western dragons called "Bulcos"; and immense, slow-moving reptiles carrying rocket-launchers on their backs, identified in the dialogue as "Dawdlers". Despite losses, this army overwhelms the human forces, while Ethan and Sarah escape. They are subsequently captured by the Bulcos and taken to a menacing fortress in the midst of a darkened desert landscape. There, Ethan's medallion destroys the Artox Army; but Buraki attempts to consume Sarah, whereupon he is attacked by the Good Imugi. The two Imugi, good and evil, engage each other in a duel that Buraki appears to win after seemingly snapping the Good Imugi's neck. Having won the fight, Buraki again approaches Sarah; but having offered herself to him, she instead gives her power to the Good Imugi who had just revived, who thereupon becomes the Celestial Dragon, continuing the duel until it finally destroys Buraki.

After Buraki is destroyed, Sarah dissolves into a spirit form, and the Celestial Dragon permits Sarah to speak to Ethan, whom she promises to "love...for all eternity"; then withdraws Sarah into his body and ascends to the heavens. Immediately Jack appears behind Ethan, reminds him that the two of them "have been given a great honor" to take part in this transformation, and vanishes; presumably never to be seen again. After whispering "Goodbye old man", Ethan walks away into the desert.

Tagline: They've made our world their battleground

Based on 0 rating
0 user 0 critic
Did you know? The music associated with Muraki and his army makes extensive use of the "Dies irae" melody, a medieval chant traditionally used in ceremonies for the dead and, since the nineteenth century, in contexts evoking the macabre and supernatural. Read More
0 User Reviews
No reviews available. Click here to add a review.
Cast

Factual Mistake
During the modern day battle with the Dragon forces, one police officer is seen firing on them from his car. The car is a Daewoo, which isn't used by any police forces in the US.

Factual Mistake
A character incorrectly refers to the US Bank building in downtown LA as the "Liberty" Tower, when in fact the Tower is actually known as the Library Tower. The LA Public Library is across the street and gave up the air rights for the Tower to be built (which helped to rebuild the Library after two devastating fires). This was possibly a deliberate error, as the building is occasionally incorrectly referred to as the Liberty Tower (most notably by President George W. Bush identifying it as a possible terrorist target). However, a local resident of Los Angeles would most likely not make this mistake.

Factual Mistake
Apaches are designed to be survivable against 23mm cannon fire. It is highly unlikely they would explode from the damage they suffered in the movie (crashing into a building and the street), especially not in a delayed manner (as the fuel tanks are armored.)

Continuity
"Older" Ethan's eyes are brown, or perhaps dark green. In the scene where Ethan as a young boy is looking into the light from the magical chest, you can clearly see that his eyes are blue-green. This is most evident later in the same scene during the transformation from young Ethan to older Ethan.

Audio/Video Mismatch
When the leader of the soldiers is speaking, his mouth movements don't match what he's saying in Korean, and if you look closely, you can tell that he's actually speaking the English dialog given in the subtitles.

Continuity
As Ethan and Sarah are on the beach after Ethan gets her out of the Hospital, Sarah is dressed in hospital gown and slippers, she slips off her slippers and than walks down the beach. In the long shot she is wearing her slippers and than the next shot is a close up of both of them and in the lower left corner you see her slippers sitting on the beach where she took them off.
Trivia:
This film was the most expensive South Korean film of all time at the time of its release.

Wilhelm Scream is used when the dragon steps over the villager during the flashback sequence, and also later when a dragon throws a policeman into a car windshield.

This marked the first Korean production in nearly three decades to receive wide theatrical release in the United States.

The music associated with Muraki and his army makes extensive use of the "Dies irae" melody, a medieval chant traditionally used in ceremonies for the dead and, since the nineteenth century, in contexts evoking the macabre and supernatural. 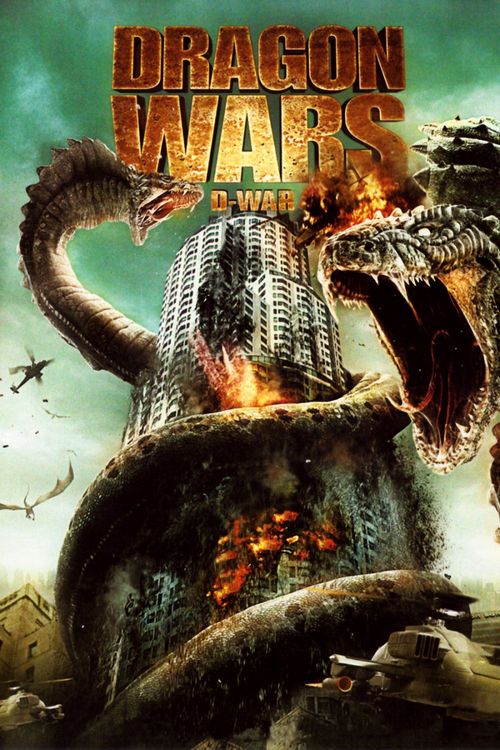 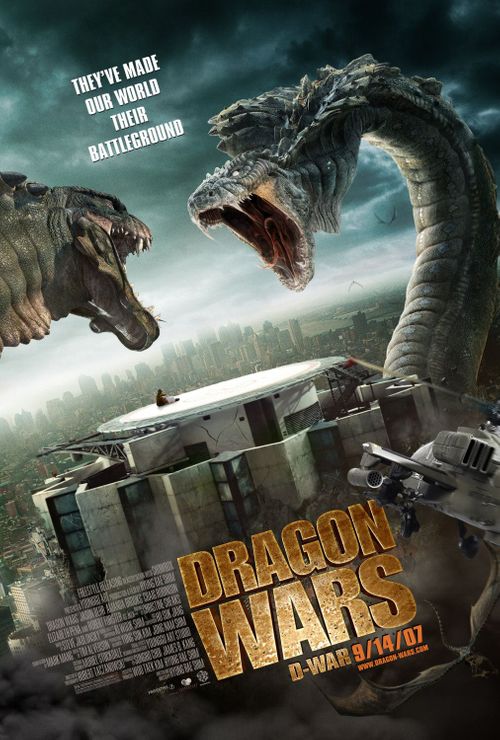 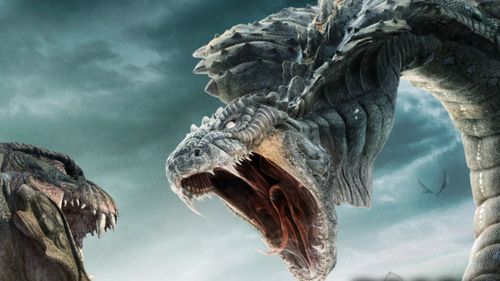 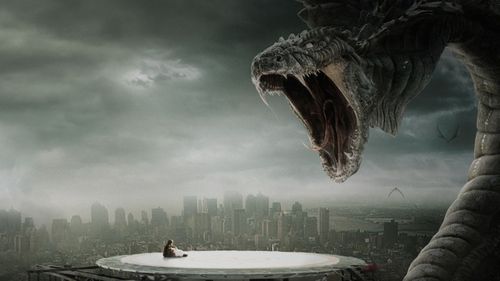 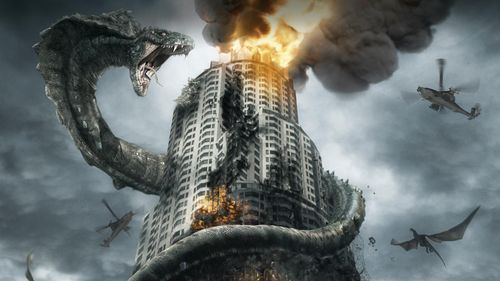