Cancel
An offbeat and fast-paced crime thriller that revolves around the tape of a video accidentally capturing the murder of a minister, and its influence on the lives of those who get their hands on it.
See Storyline (May Contain Spoilers)

Anand (Jai) is a young carefree boy from Salem, who comes to Chennai to stay along with his friend Chandru (Santhanam), to pursue his dream to become an actor. Anand uses the help from his friend Chandru, a television journalist, and his newly found girlfriend, Divya (Priya Anand) to gain entry into the difficult world of cinema.

Meanwhile, minister Viduthalai, who was touted to become the next chief minister, is killed by minister Anbu Chezhiyan (Sampath Raj), which accidentally gets recorded on tape by an Ad film director Vinoth. He and his close friend, famous actress Pooja (Lakshmi Rai), are shocked by the video, and immediately inform the joint commissioner of police, Kailasam, in the faith that he would take appropriate action. However, he is a corrupt police officer who is also a hand-in-glove in the murder. Kailasam sends some goons to get the tape, but Vinoth manages to evade them.

After a long chase, they get him killed in a train, where Anand and Divya were travelling. Anand, having witnessed the murder places the tape into Divya's bag, which she misses in the train. Anand develops a friendship with her after this. Always interested in observing the behaviour and unique mannerisms of people, as a technique to improve his acting skills, he focuses on John Vijay. Anand joins him and John promises to make him an actor.

He would take Anand to a stranger's home, break into a random house, and conduct a mock burglary of the place. On one occasion, they enter the house of Pooja, with the intent to gain critical information about her. On that eve, Anand befriends Pooja, when he saves her after she was brutally attacked by some criminals. In return, she helps him in becoming an actor and asks for some photos of his, to get him a breaking the industry. When Anand goes to the Pooja's home, he finds her dead and Anand is put to blame (as he was the one present).

Anand goes underground, suspected to be a murderer by everyone including Divya and her mother. Eventually, it is known that John has merely used him and it was he (John) who committed this cold-blooded murder, at the behest of the minister. Joint Commissioner Kailasam is after Anand and the tape and finally, Anand yes reminded of the fact that the tape was accidentally placed in Divya's handbag. The tape goes to the right hands, to that of Gopi (Pooja's media friend) who gets it and distributes it for public viewing. In the end, all the criminals are defeated and Anand has become a real life hero instead of real-life hero.

Based on 0 rating
0 user 0 critic
Did you know? Ahmed picked Jai for the lead role because he felt that Jai had the image of a 'Boy next door' and felt he looked ordinary yet had the skills of an actor. Read More
0 User Reviews
No reviews available. Click here to add a review.
Cast

Stunt Director
Stunt Shiva
Technical Details
Film Type:
Feature
Language:
Hindi
Colour Info:
Color
Frame Rate:
24 fps
Aspect Ratio:
2.35:1, 2.39:1 (Scope)
Stereoscopy:
No
Fun Stuff
Movie Connection(s):
Dubbed from: Vaamanan (Tamil)
Trivia:
Ahmed picked Jai for the lead role because he felt that Jai had the image of a 'Boy next door' and felt he looked ordinary yet had the skills of an actor. 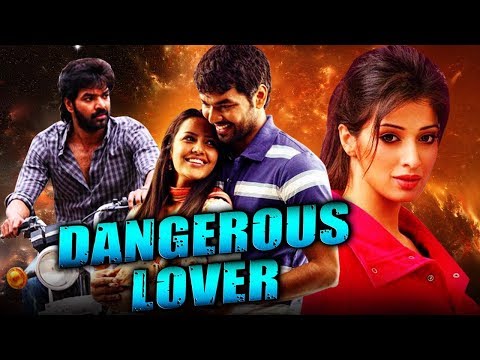