Cancel
There are six supernatural notebooks that have the power to kill anybody whose name is written on their pages. After a series of deaths, a team is formed to find and safeguard the books. Will they be successful in their mission?
See Storyline (May Contain Spoilers)

In 2006, Light Yagami (aka 'Kira') battled the detective L in his attempt to rid the world of crime, aided by the power of a Death Note - a supernatural notebook that kills anyone whose name is written inside. Ten years later, in a world afflicted with cyber-terrorism, a chain of unexplained deaths suggests that Death Notes are being used once more.

Interpol quickly assigns L's biological successor, Ryuzaki, to the newly established 'Death Note Task Force', led by Detective Tsukuru Mishima. They quickly secure a notebook during a murder spree in Shibuya, after its owner, Sakura Aoi, is killed by another Death Note. Upon touching Aoi's notebook, the Task Force meets and questions its original owner - a Shinigami ('god of death') named Beppo - who reveals that there are six Death Notes currently in the human world; this is the maximum number that can exist there at any one time. The Task Force resolves to find the remaining five Death Notes.

Similarly, Aoi's killer - cyber-terrorist Yuki Shien - vows to acquire all the notebooks, believing he is on a mission from Light via his Shinigami, Ryuk. Inciting global panic with a virus featuring a video of Light as Kira, Shien then makes contact with Light's girlfriend and former ally, Misa Amane. After restoring her memories of Death Notes and gifting her with his, Shien asks Misa to disclose information which he believes will reveal where Light is hiding; she refuses, having watched Light seemingly die ten years ago.

Undaunted, Shien uses his exceptional hacking abilities to locate three Death Notes, killing their owners in the process. He then impersonates Kira via another virus, threatening a killing spree unless L's successor reveals his name and face. In response, Ryuzaki spreads a CGI video of the original L, inviting Kira to a website intended to trick him into revealing his location. Anticipating this, Shien escapes before killing one of the original Kira investigators - Touta Matsuda. Fearing that the investigation is compromised, the Japanese government dissolves the Death Note Task Force.

Refusing to give up, Mishima finds a hidden message in Ryuzaki's video: 'I own the last Death Note'. Enraged, Mishima confronts Ryuzaki in his home and discovers the latter's unconventional relationship with his Shinigami, Arma. However, Ryuzaki reveals that his Death Note is blank, having promised L before his death that he would never use one. Upon leaving, Mishima is arrested on suspicion of compromising the investigation. A year prior, Mishima was tasked with locating Hikari Yagami, Light's secret successor who was placed in the care of prosecutor Teru Mikami. However, both Yagami and Mikami subsequently vanished, leading the police to suspect Mishima of conspiring with Kira. After Mishima is interrogated, Ryuzaki frees him so that he can access the Task Force's Death Note and confront the new Kira. Agreeing to meet Ryuzaki at the National Arts Centre, Shien again asks Misa for her help, which she reluctantly gives.

After three Task Force members return to the case, they head with Ryuzaki to meet Shien, who has been lured with the promise that Ryuzaki will reveal his face and the team's Death Notes. Mishima remains at headquarters to instruct them - however, contact is cut by a jamming signal made by Shien. Forced to reveal their faces, Ryuzaki and two Task Force members are killed by Misa, who has acquired "Shinigami Eyes" which display a person's real name above their head. Misa then gives Shien the information he needs but warns him that Light is definitely dead; his name did not appear when she looked at her picture of him. Finally, Misa kills herself with a Death Note page.

Realising that the Kira who gave him his task is an imposter, Shien arrives at the secret location and sacrifices half of his life span to obtain Shinigami Eyes - deciding to kill the imposter and take his place as Neo Kira. Shien is then shocked to be confronted by Mishima and Ryuzaki; the latter suspects Neo Kira wrote his name much earlier and specified a later time of death.

Ryuzaki then reveals that he believes Mishima is Neo Kira - and upon touching Shien's Death Note, Mishima remembers everything. Having witnessed Teru Mikami turn insane and murder Hikari Yagami, Mishima killed Mikami and replaced Yagami as Neo Kira. Mishima later gave up ownership of his notebook and instructed Ryuk to give it to Shien, confident that the cyber-terrorist would find the remaining Death Notes. With this new information, Shien attempts to kill Mishima, but the police arrive with orders to kill all three of them.

Mortally wounded in the initial crossfire, Shien dies after giving Mishima the Death Notes, allowing him and Ryuzaki to escape through an abandoned subway. They are then confronted by the last remaining Task Force member, who realises that Mishima is Kira and thus the one who killed a member of her family. However, Arma kills her when she attempts to shoot Mishima - at the cost of her own life, much to Ryuzaki's despair.

Mishima and Ryuzaki's execution order is annulled by Interpol and Mishima is taken into custody. Ryuk then explains why the six Death Notes were dropped down to earth - the dying Shinigami King, intrigued by Light Yagami, has promised to give his throne to the Shinigami who finds the next Kira. When Mishima points out that all six Death Notes have been secured, Ryuk suggests that human greed will result in their use once again, and leaves.

Shortly after being led to his cell, Mishima is greeted by Ryuzaki, who informs him that the vehicle containing the notebooks was attacked by a terrorist group, destroying four and leaving the other two missing. Revealing that today is his appointed date of death, Ryuzaki suggests trading places with Mishima, as he believes that the latter is the only one who can retrieve the missing Death Notes. Accepting his new role, Mishima reveals his real name - Ryo Nakagami - and leaves Ryuzaki to die peacefully in the cell.

Moving at a breakneck pace through its mildly compelling plot of demons and death books, this anime adaptation might still be worth a watch
Tyler Trudeau, Niner Times
0 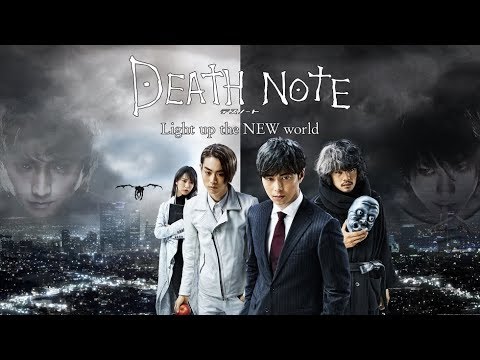 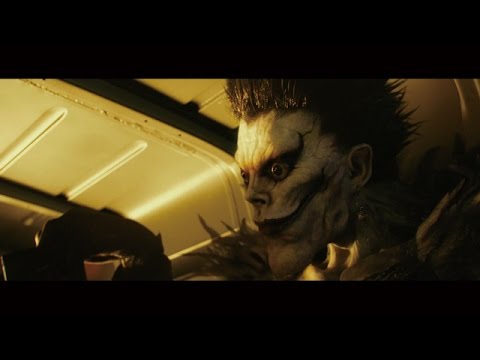 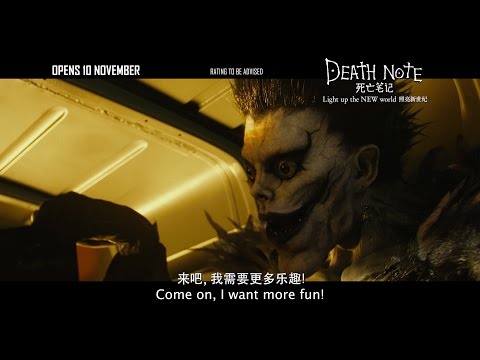 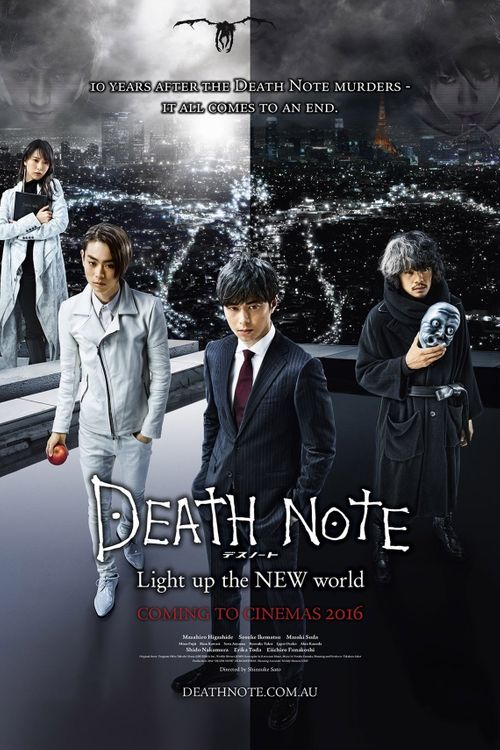 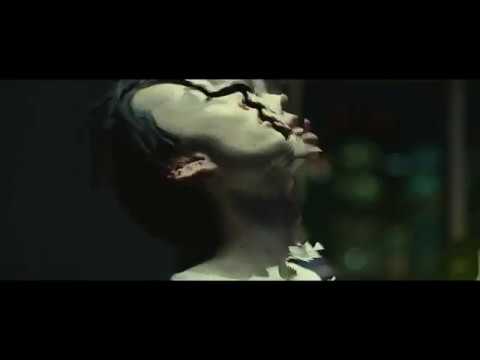 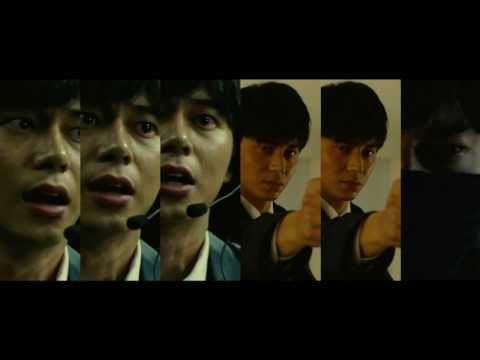 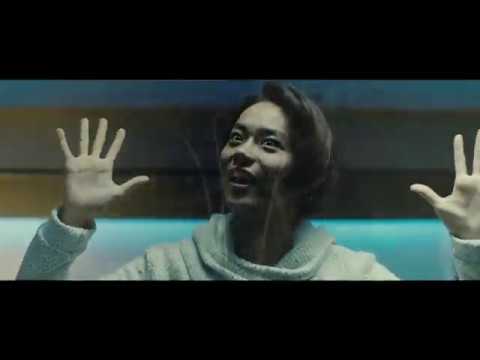 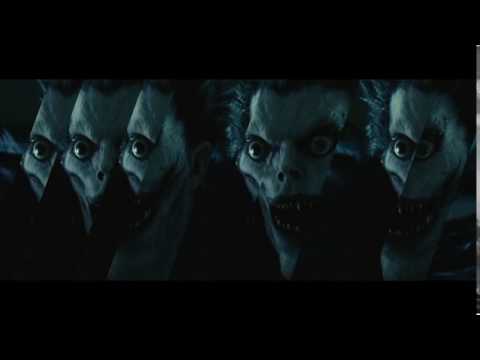 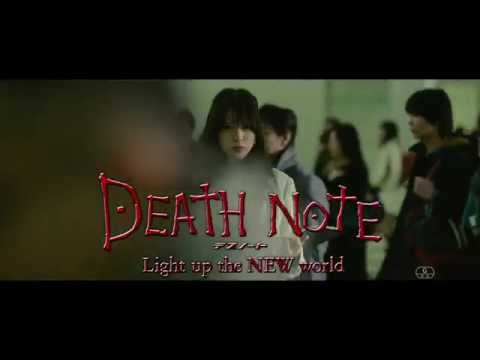