Cancel
Moises is a Mexican who had to leave behind his family in the USA, when he was deported. Now, he joins Adela and a group of others in an attempt to illegally cross over the border into the USA. Will he succeed in his mission?
See Storyline (May Contain Spoilers)

Evocative and provocative, this thrilling social drama revolves around a group of Mexican migrant workers, who seek a better life by crossing the US border illegally. When the truck carrying them breaks down in the middle of nowhere, the driver points the migrants and his partner Mechas in the direction of the United States and wishes them luck. Moises (Gael Garcia Bernal) is also a member of the migrants and follows as the group splits in two while trying to pass the border.

Sam (Jeffrey Dean Morgan) is a merciless, rifle-toting vigilante who, with his faithful but vicious Malinois dog, Tracker, hunts for rabbits near the border and notices the group trespassing; with the help of Tracker and the use of his M1 Garand rifle, Sam kills most of the group, including Mechas and leaves Moises and Adela (Alondra Hidalgo) as the sole survivors after a long chase. Unable to follow the last two, Sam decides to continue his hunt the next day and leaves with Tracker.

Adela and Moises find a spot to rest, with Adela confessing to Moises that her companion, who was one of victims of Sam and Tracker, was sent by her parents to protect her and even though he molested her during their journey, he didn't deserve to die that way. Moises confesses to Adela that he had already been to the USA and that he has a family waiting for him in Oakland, showing a talking teddy bear which his son gave to him before being deported, and that Moises promised him he would bring it back. Meanwhile, Sam rests by a campfire with Tracker, describing to his loyal dog how he used to love the desert but now the heat is playing with his mind and he wants to escape from it.

The next morning Adela and Moises steal Sam's truck, using the teddy bear to distract Sam and Tracker. The duo manage to start the truck and seem to have finally escaped when Sam shoots Adela in the shoulder, causing Moises to crash the truck. They continue on foot, followed by Sam and Tracker. Moises stops to take care of Adela's wound, then tells her he has to leave her and takes Sam's jacket and flare gun with him. Moises has a change of heart and uses a round of the flare gun to distract Sam from Adela; Tracker closely pursues Moises in a cactus field where Moises is forced to use the flare gun on Tracker and shoot him in the mouth before escaping; Sam finds a mortally wounded Tracker and reluctantly shoots him to end his suffering before swearing vengeance on Moises.

After a long time chasing Moises as they are climbing on a rock structure, Sam is dehydrated and tired; Moises hides between the rocks and pushes Sam as he is standing on the edge, causing both of them to fall and breaking Sam's leg in the process. Both try to reach the rifle, but Moises takes it and menaces Sam with the rifle for murdering so many people and trying to kill Moises and Adela as Sam begs for his life, for forgiveness, and for water. Instead, Moises leaves with the rifle, telling Sam that the desert will kill him and leaves Sam to die despite his pleas for Moises to come back.

Moises returns for Adela; he finds her alive, but unconscious, and carries her until they arrive at a highway.

Tagline: From the Visionary Filmmakes That Brought You GRAVITY

Cuarón has provided us with a visually impressive film
M Suganth, The Times of India
0

Desierto has an interesting premise in its hands, and the perfect location for that story to grow and expand in, but it instead shrinks more and more as time goes on
Alex Welch, IGN
0

What should have been a solid B-movie thriller with a premise torn from today’s headlines is instead as arid and desolate as the land between the United States and Mexico in which it is set
Peter Sobczynski, Roger Ebert
0

With the credence of two compelling performances and a whole lot of unclotted bloodshed, and yeah, Desierto is a worthy a place to visit
Jake Dee, JoBlo.com
0

Deiserto definitely works and is an interesting genre effort, but filmmakers make it quite clear that their ambitions are aimed higher and the movie can’t quite match them
Phil Brown, Collider
0

William A Rodriguez
as Ramiro
Crew 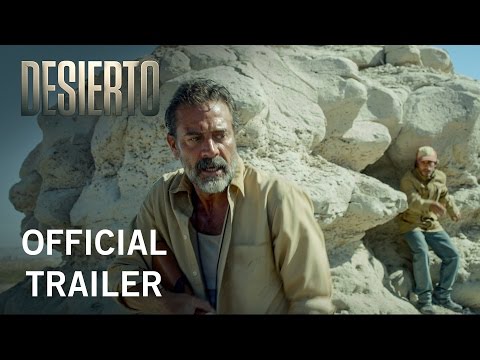 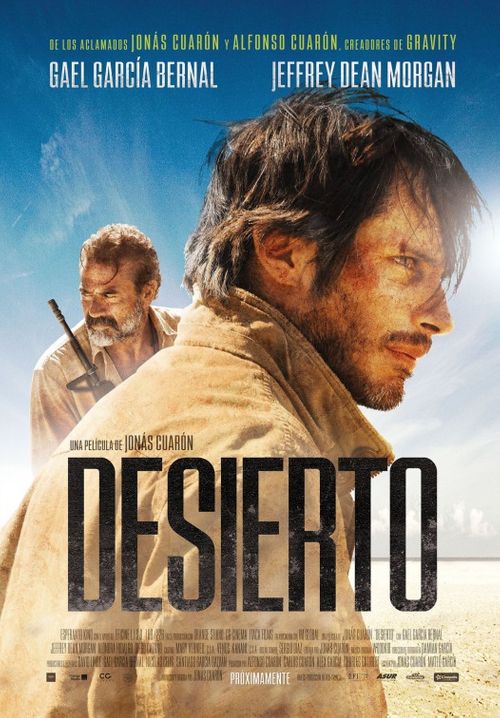 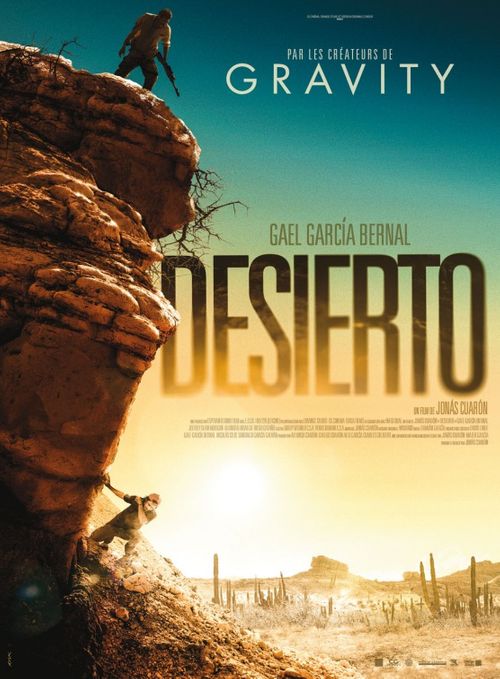 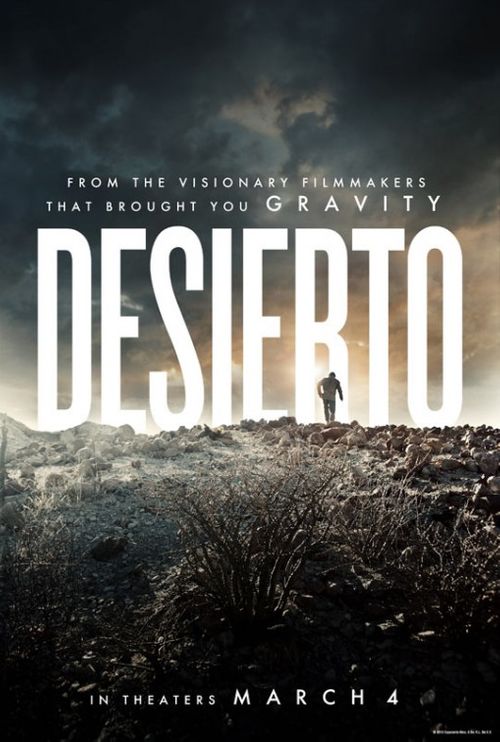 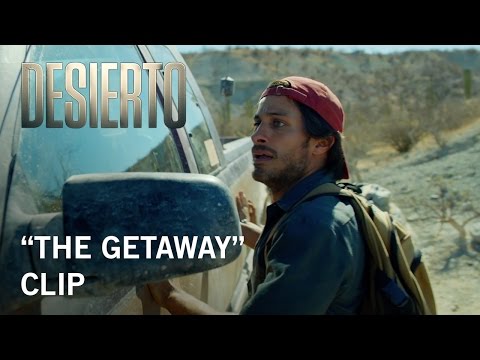 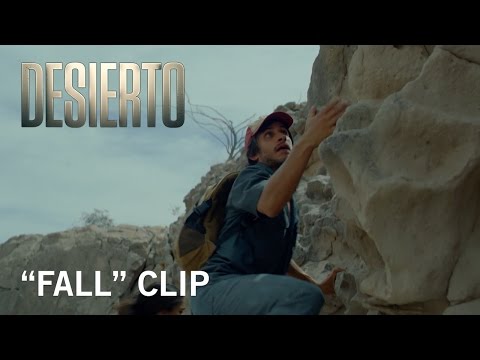 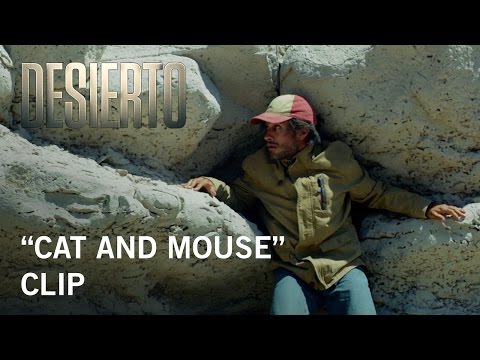 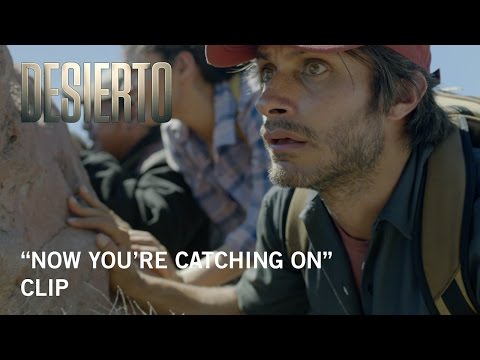 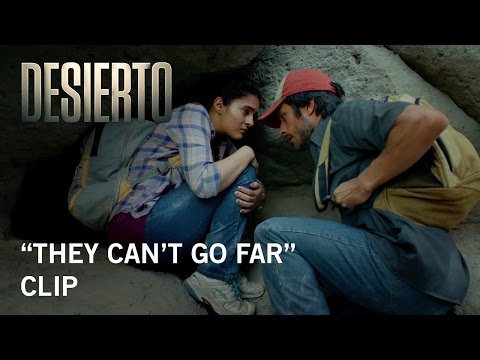 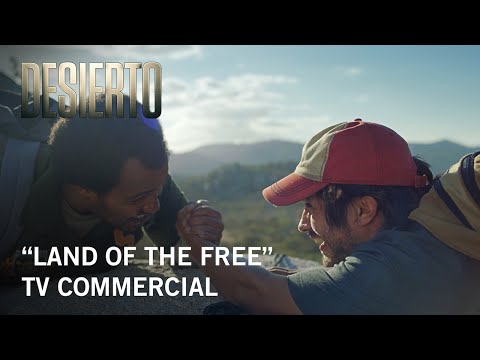 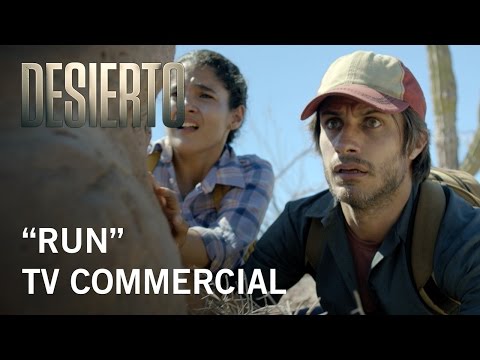 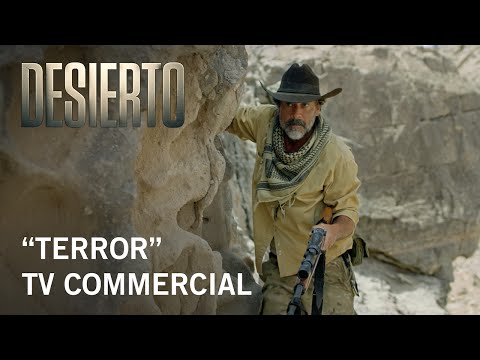