Cancel
A team of Japanese secret police is assigned a mission to identify and capture a spy, whose goal is to steal classified data about spies around the world. Will the team succeed in keeping the world safe?
See Storyline (May Contain Spoilers)

Suspenseful and thrilling, this mysterious crime drama sparks off with a spree of mysterious assassinations, that happen around the world. The suspect is a spy accessing classified files.

In Japan, a spy breaks into police headquarters and accesses secret files on spies planted in the Black Organization by many intelligence agencies: the Britain's MI6, the Canadian CSIS, the Germany's BND, and the America's CIA and FBI. Before this spy can steal the files, Rei Furuya arrives with a cadre of his secret police officers.

The spy makes a getaway in a stolen car, but Rei soon catches up in his Mazda FD RX-7. The two jockey for position on the highway and are about to cause a huge wreck. Before they can crash, Shuichi Akai snipes the spy's car from the hood of his red and white striped Ford Mustang. The spy's car tumbles off the highway and explodes.

The next day, Conan, Professor Agasa, Haibara, and the Detective Boys meet up at the newly renovated 'Tohto Aquarium'. Under the centerpiece of the park, a massive ferris wheel, they find an injured woman with 'odd eyes' (heterochromia). The woman is suffering memory loss, she doesn't know her own name and even her cellphone is broken. Conan and his friends decide to stay together with her and help her to recover her memory.

Unknown to Conan and his friends, Vermouth had been lurking nearby with a silenced pistol and had overheard everything. She pulls back and contacts her comrades: 'It's as planned, Gin'. The woman in question is in fact a new member of the Black Organization.

Based on 0 rating
0 user 0 critic
Did you know? Detective Conan :The Darkest Nightmare is the 20th movie of the Detective Conan franchise Read More
0 User Reviews
No reviews available. Click here to add a review.
Cast 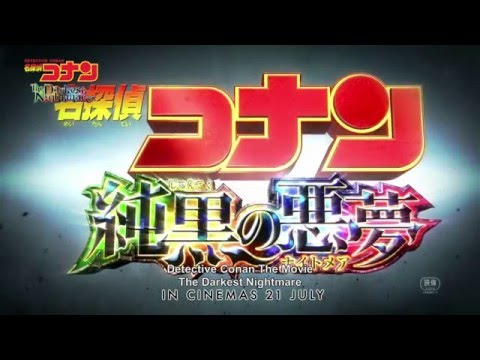 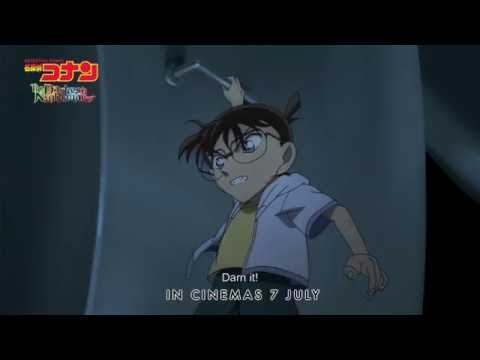