Cancel
This evocative tale is the story of family and love, betrayal and sacrifice that is vividly depicted through the trials and triumphs in the life of Dharmadorai, and innocent, simple, hard-working young man. Brought up in a rural farming community and uneducated, he ensures that his two younger brothers Rajadorai and Ramadorai, are sent to the city for higher education. While Dharmadorai takes heavy loans and makes many sacrifices for the welfare of his younger brothers, they are of an evil mindset. Due to their misdeeds, they keep getting into trouble and take advantage of their elder brother's innocence and helpful nature to entrap him into taking the blame for their crimes. Dharmadorai keeps cleaning up their disasters until he finds himself imprisoned on false charges with his family left in destitution. How will Dharmadorai and his family bring themselves out of their tragic condition? Will his brothers ever reform and regret their crimes? Will Dharmadorai take revenge on his brothers for destroying his life or will he forgive them once more?
See Storyline (May Contain Spoilers)

This evocative family-oriented drama begins with a young couple, Balu and Ishwarya, being chased by some goons. Ishwarya is the daughter of Rajadorai (Charan Raj) and had eloped and run away with Balu against the wishes of Rajadorai. Rajadorai sends his goons to track down the couple.

When the goons finally track down the couple in a forest and start beating up Balu, a man (Rajinikanth) comes to the couple's rescue. When Rajadorai and his brother Ramadorai (Nizhalgal Ravi) find out about this man, they rush over to the man's hideout in the forest, only to escape in fear when they see him. The couple is scared and puzzled as to how such a man could induce so much fear in the brothers.

The man's wife Parvathi (Gouthami) then tells the couple the story of the man, whose name is Dharmadorai.

Dharmadorai was a farmer in a village named Valliyur. He was the elder brother of Rajadorai and Ramadorai. He had showered so much love and affection on his younger brothers and even borrowed money for their "education", much against his father's (Madhu) wishes, who was convinced of the scheming and evil nature of his younger sons. He even got Rajadorai married to Vaibhavi (Vaishnavi), a girl whom Rajadorai had raped, to save him from a jail term.

The brothers however, showed no sort of affection for Dharmadorai and used his innocence for their sinister desires. They convinced Dharmadorai to borrow INR 6 lakhs so that they could start a "business". Using this money, Rajadorai and Ramadorai moved to Madras (now Chennai) and went into smuggling. They later double-crossed their smuggler boss Jose by lodging a police complaint against his son Ajay (Ajay Rathnam) for their own benefit and soon became rich due to their illegal activities.

One day, Dharmadorai went to Madras when he heard that Ramadorai was going to get engaged to a rich girl and leave with her for the USA. The brothers did not receive him warmly and humiliated him that evening at a farewell party organised for Ramadorai.

Later that night, Ajay, who had been released from jail, entered their house to kill Ramadorai in retaliation for having double-crossed Jose. Ramadorai eventually killed Ajay and convinced Dharmadorai to take the blame for the murder. Dharmadorai was sentenced to 7 years imprisonment as a result. The brothers then got Jose and his henchmen also arrested. While Dharmadorai was in jail, Parvathi gave birth to a baby boy.

A few years later, Rajadorai and Ramadorai decided to sell off their father's house and property to repay the INR 6 lakhs. When their father opposed this, the brothers killed him and drove Parvathi and her son out of the house. With nowhere else to go, Parvathi and her son moved to Madras. The small boy was also eventually killed by Ramadorai when he recognised him as the murderer of his grandfather. With no home, her husband imprisoned and her son dead, a grieving Parvathi took up the job of a housemaid in Madras.

Soon, Dharmadorai completed his jail sentence. When he found out about Parvathi's plight and how his brothers had betrayed him, he rushed over to the brothers' house and mercilessly beat them. Following this, he disowned them and moved to the forest with Parvathi.

In the present day, Jose and his henchmen get released from jail and kidnap Rajadorai and Ramadorai in retaliation for putting them in jail. On Parvathi's advice, a reluctant Dharmadorai goes to rescue his brothers. He rescues them, following which they seek his forgiveness, which he accepts.

Based on 1 rating
0 user 0 critic
Did you know? This film is a remake of the Kannada movie Deva (1989). Read More
0 User Reviews
No reviews available. Click here to add a review.
Cast

The storyline of this movie is similar to other films that Rajinikanth has acted in, like 'Aarilirunthu Arubathu Varai' and 'Padikkadavan'.

This movie was the last film of Director Rajasekhar, who died in the year of release. He directed 'Mappillai', 'Maaveeran', 'Thambikku Entha Ooru' with Rajini, 'Vikram' with Kamal Haasan and 'Punnami Naagu' with Chiranjeevi.

The film was later remade in Hindi as 'Tyaagi' with Rajinikanth enacting the same role and Jayaprada as the female lead.

It was a block-buster movie and completed a 175 day run at the box office.

This film was dubbed into Telugu as 'Khaidi Annayya'. 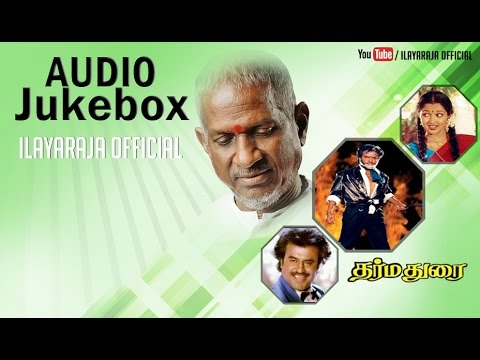