Cancel
Muthiah (Raj Kiran) and Sarada (Saranya), a honest and hard working village couple, who bring up their two sons Ramanathan (Senthil) and Ramalingam (Cheran) the hard way. Muthiah being an illiterate wants his sons to be well educated. Naturally, he goes out of the way to provide them quality education. But problem arises with the arrival of a daughter-in-law. Ramanathan gets married to Latha (Meena),and the new comer to the family is hardly empathetic to the emotions and beliefs of her in-laws. Meanwhile, Ramalingam too elopes with a college mate (Padmapriya). The aged parents are left clutching at the straws of life. Eventually, Ramalingam understands the folly of his ways and he comes back and tries to piece back the shattered shreds of their family lives.
See Storyline (May Contain Spoilers)

The movie begins with Muthiah (Raj Kiran) being admitted into the hospital due to a serious head injury. The incident that led to the injury is kept in suspense for the audience. The story is narrated by the man's second son, Ramalingam (Cheran),when he comes to visit his father in the hospital. Overcome by emotions, he recollects, along his trip, bits and pieces of memories from his younger days with his father. The first part the story is about how a father in a lower-middle-class family struggles to raise his children. The father is running a printing press and he works really hard to make ends meet but still has to borrow money from the exploitive local money-lenders to give his sons a good education. There is a scene where the children are eagerly expecting their father to return home with gifts during festive season and the father encounters a setback in the cash flow in his business and yet seizes an opportunity to make some money by working throughout the night. This scene encapsulates the sacrifices the father makes for the happiness of his sons.
Then the story moves to the teenage years of the children where they find it hard to resist the temptations of the adolescent stage of life. Ramalingam is a good student and gets admitted to an engineering college where he gradually falls in love with his classmate. Ramalingam finds freedom when he moves from his home to his college residence. When Ramalingam is madly in love with the girl, there is an opportunity for them to have moments of privacy, and they succumb to temptation. This leads to an accidental pregnancy and raises questions about their future.
Meanwhile Ramalingam's brother Ramanathan (played by Mirchi Senthil) was married and just had a child. Ramanathan has a mis-understanding with his father and walks out of his parent's home. The main cause of friction within the family is the lack of privacy for Ramanathan and his wife and a lack of freedom for the young couple to run the day-to-day affairs of their family.
Alas, the father expects the sons to help him repay the loans that he had to borrowed for their education. During this chaos, Ramalingam is not able find an opportunity to confess his mistake to his parents. As time runs out, Ramalingam and his lover (played by debutante Padmapriya) elope to Chennai, unable to reveal the truth about the pregnancy to their respective parents and face a very uncertain future. They decide to get married and search for jobs. He is unable to find a well-paying job and takes up a job in a printing press as a stop-gap arrangement. Ramalingam has to console his wife in a few situations when he himself is facing a lot of trials and tribulations. They are a loving couple in spite of being in a poor financial situation. His wife eventually gives birth to a daughter, but Ramalingam struggles to pay for the medical expenses. He calls his former classmate and borrows money from his friend. The friend informs Ramalingam's father about Ramalingam's situation. Muthiah comes to meet Ramalingam and gives his some cash for the sake of the new born child. He also recalls how he himself faced a cash crunch when Ramalingam was born. Ramalingam and his wife are touched by Muthiah's gesture and decide to move back to Ramalingam's village to get the support from his family in raising the child. They find acceptance from their parents and are relieved by the acceptance. Slowly Ramalingam finds a good job and moves up in his career. The family becomes more comfortable and they move to a city (Madurai). They become very close-knit. Ramalingam is a very responsible son who really cares for his parents.
Ramalingam facilitates a family re-union with his brother's family and they reconcile with each other. Ramalingam and his wife create the perfect family with their love and care. Ramalingam's mother passes away after many years of happy and satisfying family life with Ramalingam's family. After the final rites of his wife, Muthiah decides to stay in the village to re-live the days he spent with his deceased wife. Ramanathan (Ramalingam's brother) comes to his father to ask for some financial help by selling their family home in the village and Muthiah gets upset. While upset, the father slips and falls into a well. He is treated in the hospital, but the father succumbs to his injuries and passes away.
The movie briefly touches upon other relationships too, such as the relationship of married couples and of two brothers. The main story however revolves around the important role a father plays in today's society. It sensitively portrays the struggles of a father whose main priority in life is the well-being of his children, and who is determined to see his children grow up to become decent, successful people.
It also conveys how love and affection can immensely help a family tide over all the highs and lows of life. This movie is really special in the sense that there are many Indian films that touch upon maternity and the central role of a mother in the well-being of a family, but this is one of the few films that focuses on the important role played by the father in a family.
It is a very touching portrayal of the parental roles—the father by actor Rajkiran and role of the mother by actress Saranya Ponvannan. The director, Cheran, has excelled in his role as a confused youth unable to resist the temptations of an adolescent life and later as the head of the family who takes care of his parents, wife, and children. The modern viewer can appreciate the life lessons witnessed in Cheran's Thavamai Thavamirundhu. 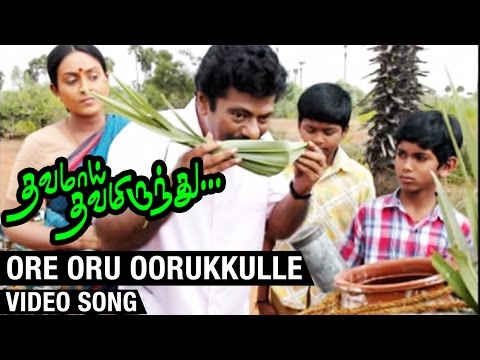 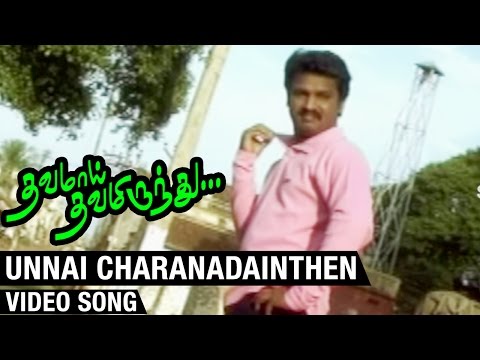