Cancel
The Digital World and the human world have faced crisis after crisis. During the everyday life between dealing with those crises, clues to the way humans and Digimon could coexist had begun to appear. Taichi and friends are now college students, and they gather together as once again, strange events occur all around the world. And now, the end of their long adventure that began in the summer of 1999 has drawn near.
See Storyline (May Contain Spoilers)

It's 2010, over ten years since the summer when Taichi met Agumon and the others, and they had their adventure in the Digital World. The worldwide existence of the DigiDestined has gradually been acknowledged, and the sight of Digimon in the real world has become less unusual. Taichi has become a college student, while Yamato and the others have figured out and started down their own paths in life.

During all this, certain incidents begin to occur around DigiDestined worldwide. Menoa and Imura are scholars whose area of study is the Digimon who appeared to Taichi and the others. These two seek assistance from the group, claiming a Digimon called Eosmon is the cause of the incidents. Taichi and the DigiDestined come together once again so they can resolve the matter. But during the battle with Eosmon, something goes wrong with Agumon's and the others' evolutions. When Menoa sees this, she informs Taichi's group of a shocking truth: When a DigiDestined becomes an adult, his or her partner Digimon will cease to exist.

The threat posed by Eosmon gradually spreads to affect Taichi's friends as well. He can't save his friends if he won't fight, but fighting will mean he has to say goodbye to his partner that much sooner. He thought they would always be together. Will he fight, even if it means losing the one most dear to him? That's what it means for a DigiDestined to become an adult. In the face of unalterable destiny, what answer will the bond between Taichi and Agumon produce for just the two of them? 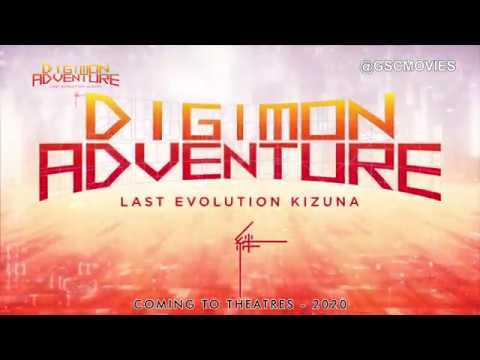