Cancel
This heart-warming romantic comedy revolves around Nikhil, a simple young man . He loves his hometown Samarpur, football matches, and the college his grandfather passed down to him as a legacy . Therefore, when his girlfriend Neha tells him that if the wants to marry her he should leave Samarpur, Nikhil is dumbfounded. Neha secures admission in one of the prestigious air hostess training institutes in Mumbai. Nikhil travels all the way from Samarpur to Mumbai to bring Neha back, but Neha refuses to go back as she wants to build her career. Nikhil stays in Mumbai, hoping that one day Neha will understand his love for her and return with him. During his stay, two more girls come in his life - Sara, who works in the same music store with him; and Shagun, Nikhil's hot-tempered neighbour. Will Nikhil be able to find his true love among these three girls?
See Storyline (May Contain Spoilers)

With flashes of humour, this breezy comedy delves into Nikhil Mathur’s (Shahid Kapoor) quest for true love. His passions are his village Samarpur and football. He is desperate to fall in love with one woman but ends up with three women in his arms ready to swear undying love for him.

He is first shown in love with Neha (Soha Ali Khan), his girlfriend of four years. Neha, an ambitious girl, leaves their village to go to Mumbai to become a flight attendant. Nikhil follows her to bring her back. In Mumbai, Nikhil bumps into Shagun (Ayesha Takia).

Though the two part ways, fate has something else in store for them, as he starts living above Shagun's house. The next day, Nikhil tries to convince Neha to return; he does not succeed. As luck would have it, he lands a job in a music store, which is run by A.R. Rehman (a parody of A.R. Rahman) (Gulshan Grover), exactly opposite the institute where Neha is training. There, he meets coworker Sarah (Tulip Joshi) . Nikhil keeps trying to convince Neha but only gets rejection. He eventually ends up falling in love with Sarah as well.

However, Sarah's ex-boyfriend comes and takes her away, which disheartens Nikhil. When he is invited to Shagun's home, he reads her computer diary and learns that she is actually in love with him. He proposes to Shagun and she accepts, but things turn as Neha returns, wanting him back. When Shagun sees Neha hugging Nikhil, she leaves, and Nikhil breaks up with Neha. A.R. Rehman then fixes Shagun up with Nikhil but Sarah also comes, saying she left her boyfriend for him. She hugs him and again, Shagun sees them and goes berserk.

One day, A.R. Rehman arranges a party at a yacht; all the girls attend. They argue, and all three fall in the water. Nikhil quickly goes to help but only saves Shagun. Meanwhile, Nikhil, thinking that he has lost Shagun forever, returns to Samarpur. Shagun finally realizes that Nikhil really loves her and follows him to Samarpur, where the two decide to live there happily ever after. As Shagun is confessing her love, Neha, Sarah, and A.R. Rehman celebrate the success of their plan, implying that everything was just an act to get Nikhil and Shagun together.

Based on 0 rating
0 user 0 critic
Did you know? Tusshar Kapoor signed for the film but was replaced by Shahid Kapoor. Read More
0 User Reviews
No reviews available. Click here to add a review.
Cast

Tusshar Kapoor signed for the film but was replaced by Shahid Kapoor. 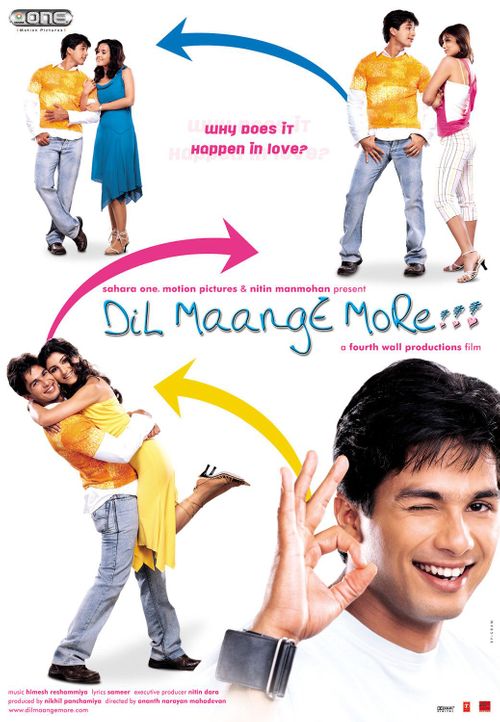 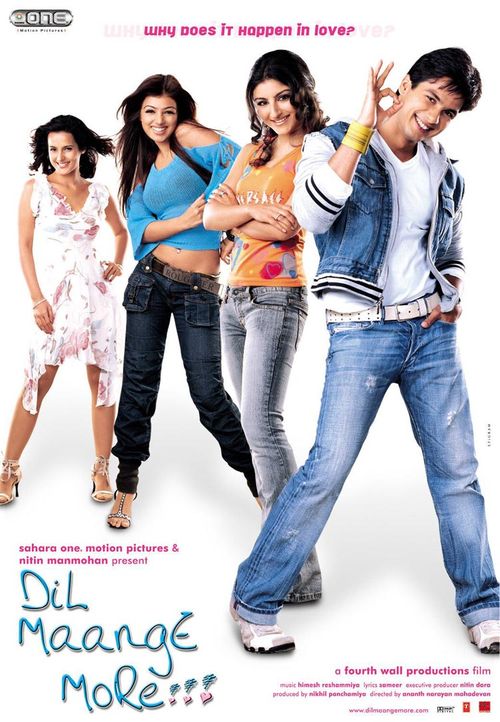 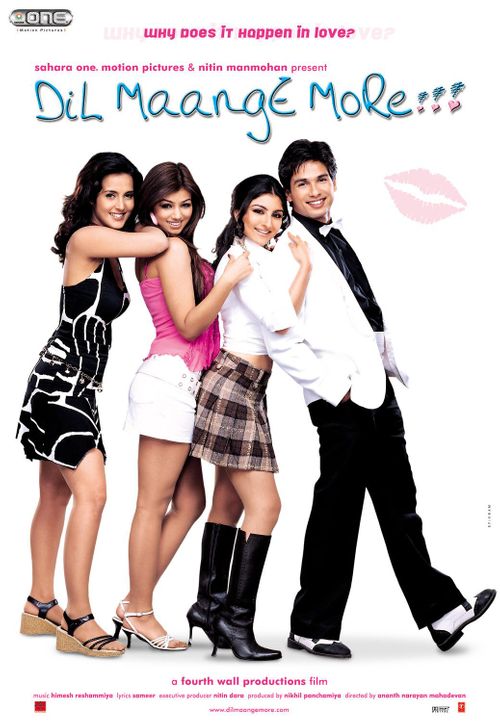