Cancel
Cherry (Ram Charan Teja) is a software engineer in CgTrix. He has an uncle named Jilebi (Brahmanandam), who unexpectedly runs into trouble and angers the local Don Gandi Babji (Rahul Dev). Cherry hatches a plan to save Jilebi from Babji and succeeds but falls for Babji's sister Madhu (Kajal Agarwal) in the process. Though Madhu initially rejects him, after his act of saving children from a mafia don, she reciprocates his love. This angers Babji and he plans to kill him, but is shocked when he spots Cherry shooting the DGP of West Bengal while hiding behind some bushes. As fate would have it, at this point, a CBI Officer finds out that Cherry is responsible for the two murders, who is innocent in reality. With Jilebi, the CBI Officer goes to Kumbha Mela at Kasi to catch him. Meanwhile when Rawat is offering holy rituals the CBI Officer catches Cherry and holds him. But the look-alike of Cherry, who killed Rawat's Brother, rises from the Ganges and hurts him with a trident, injuring all his men fatally. As he is about to deliver a finishing Blow, the CBI Officer attacks him and arrests him, exonerating Cherry. Then Cherry comes to know the story of his look-alike. Siddharth Naayak (Ram Charan Teja), goes to his sister's house in Kolkata to pursue higher education. He shares a strong bond of love and affection with his Sister (Surekha Vani), Brother-in-Law (Rajeev Kanakala) and his Sister-in-Law Nandini (Amala Paul). Siddharth and Nandini are about to be married. Meanwhile his Brother-in-Law, who is a Doctor, attends a case of a minor effected with steroids by Rawat's second Brother Badvel (Dev Gill) and sent for prostitution. He complains to the Police but is murdered by Badvel as the Police officer was his friend. Siddarth is unable to bear this and kills Badvel, thus becoming a Sensational Leader overnight. Soon he seizes each and every property of Rawat and distributes it to the public. Rawat then kills the Minister, blames Siddharth for it and stabs him with a knife and throws him into the Ganges. Rawat becomes the Minister within a week and Siddharth survives, planning to kill Rawat. Cherry, after listening to his story, decides to help him. Cherry along with Jilebi goes to the CBI Jail where Siddharth is kept under custody. He introduces himself, and hatches a plan to get Siddharth exonerated. At the Court, since Siddharth admits that he committed the crime, the Judge orders to put Siddharth to death. But Cherry enters the court, admitting that he is Siddharth Naayak and the one standing there is his fan. Siddharth too tells the same that he is Siddharth and the one who entered the court is his fan. Thus due to confusion, the Judge orders to CBI to find out the real identities of the two persons in a span of 10 Days. In these 10 days, Siddharth manages to bring Madhu and her family including Babji and his paternal uncle (Jaya Prakash Reddy) to Kolkata, thus uniting Cherry and Madhu. Meanwhile the next day, Rawat makes a call to Siddarth to come to his place in order to save the kidnapped school children. But Cherry picks up the phone, listens to the conversation, goes to Rawat's place only to be attacked by Rawat severely. Siddharth reaches the place after seeing an MMS by Rawat, frees Cherry and kills Rawat with the help of Cherry. The case becomes void because of lack of evidence and in the end, all goes well with the union of Cherry and Madhu and Siddharth and Nandini.

Based on 2 ratings
0 user 0 critic
Did you know? This was the first Telugu movie to be shot in Slovenia and was also extensively shot in Iceland. Read More
0 User Reviews
No reviews available. Click here to add a review.
Cast

This film made overwhelming success and history in the Telugu film industry by being one of the highest grossers and also running hundred days in at least three centers.

The item song in which Charmee was featured was initially to be done by Shruti Haasan.

This is Ram Charan Teja's first movie in which he plays a dual role.

This film was dubbed in Tamil and Malayalam under the same title.

This is the second movie in which both Ram Charan and Kajal are paired together after 'Magadheera'. 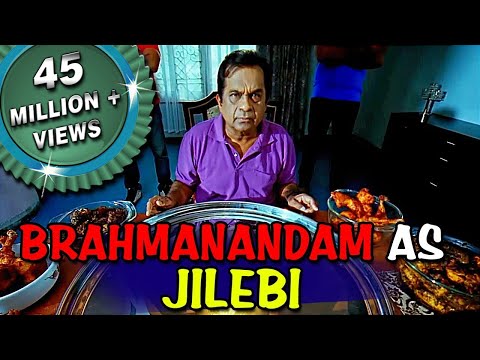 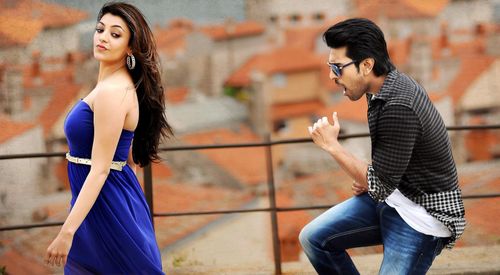 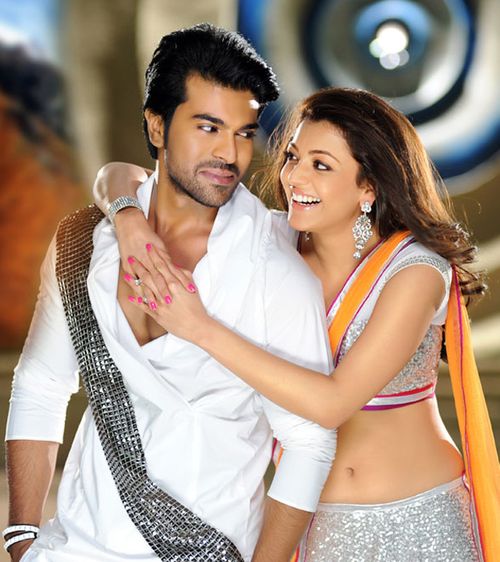 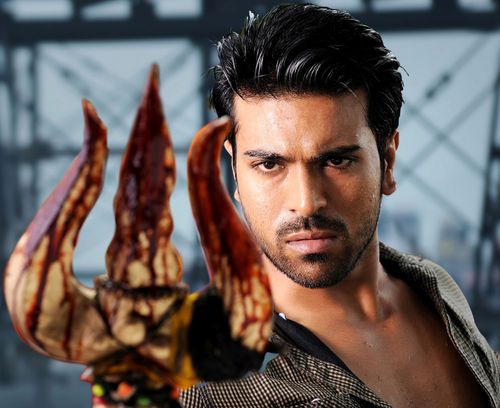 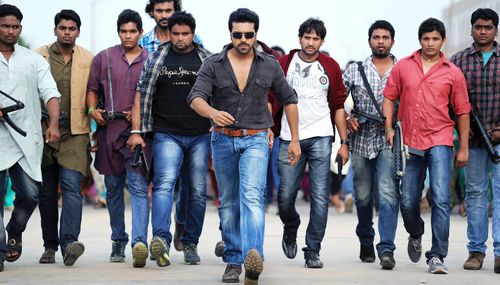 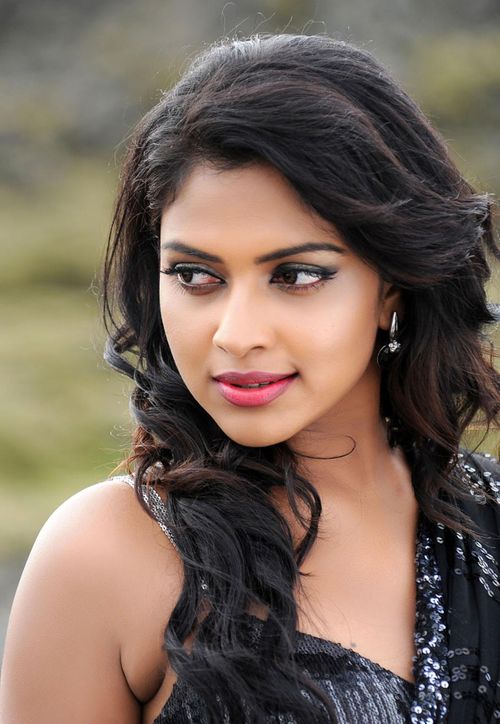 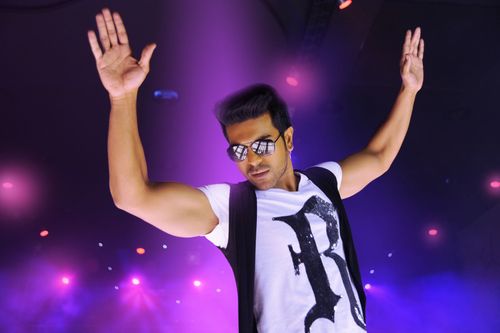 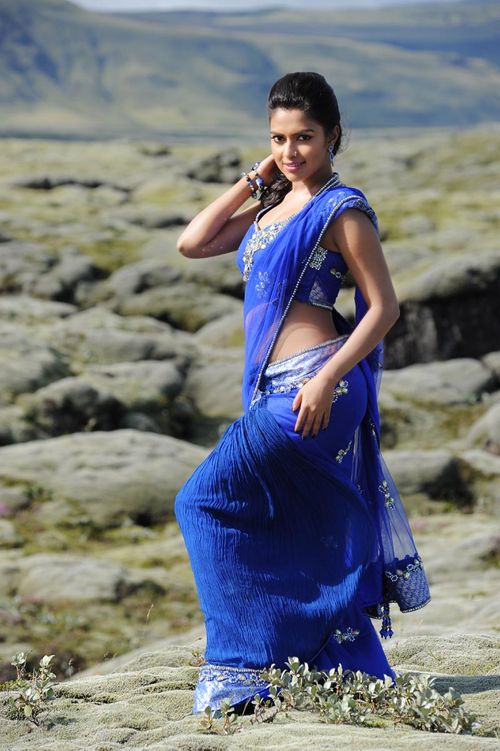 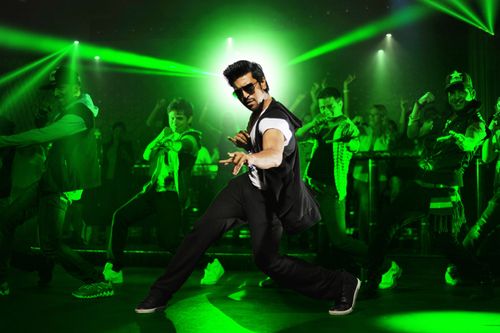 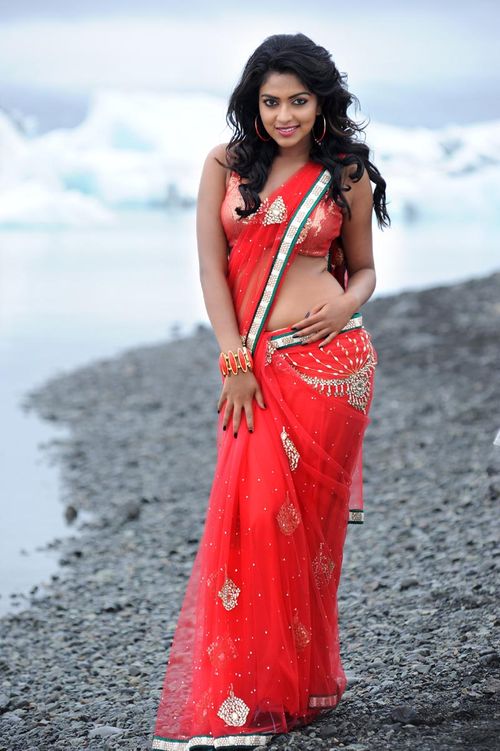 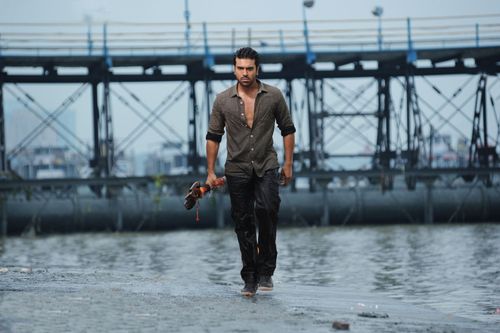 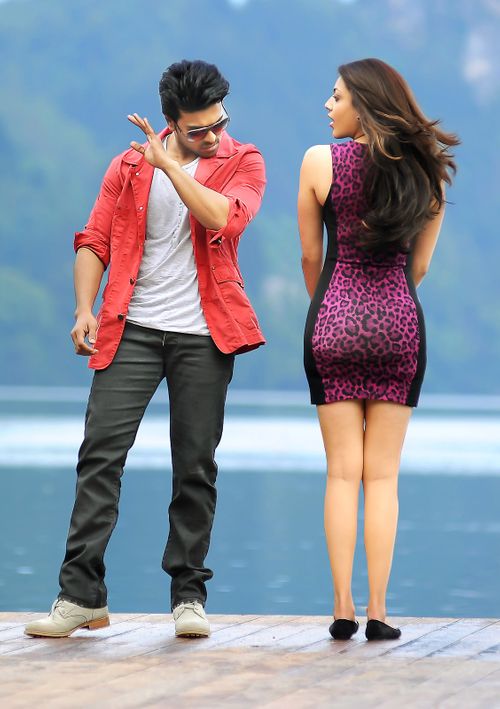 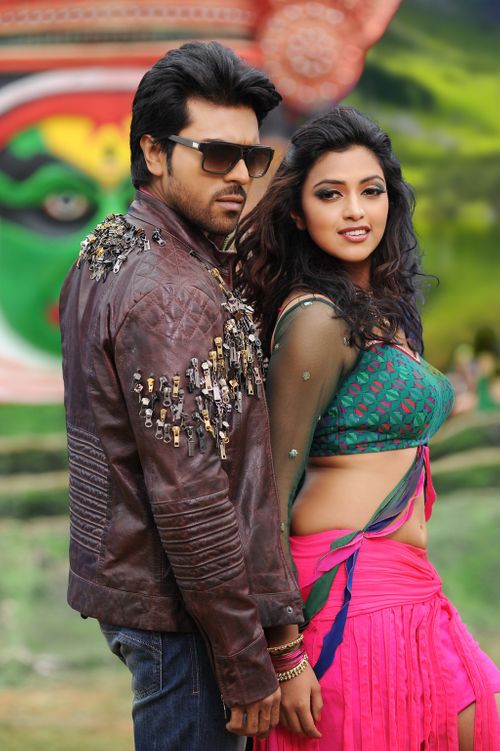 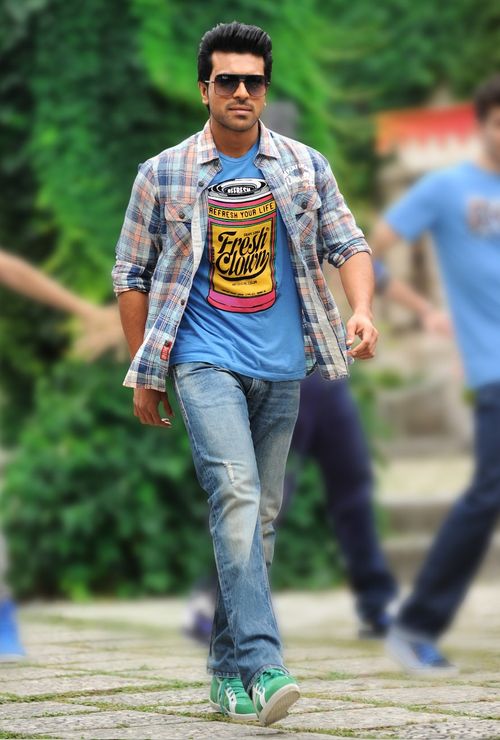 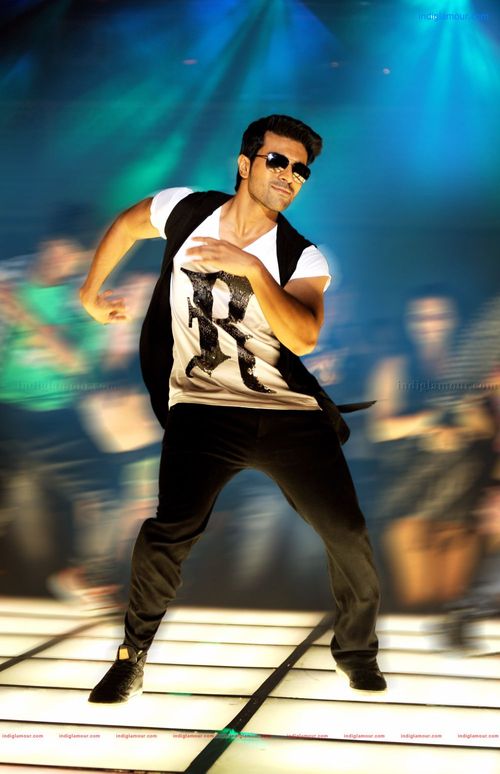 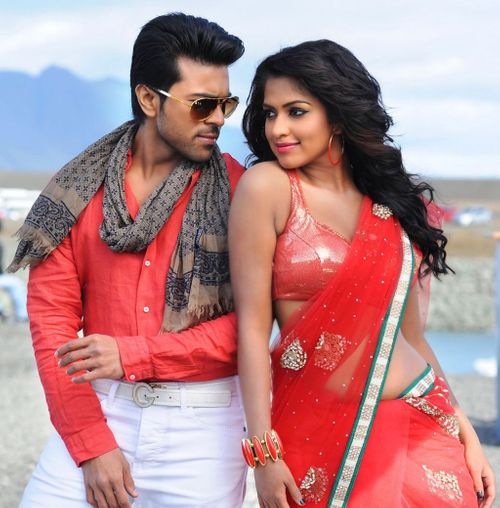 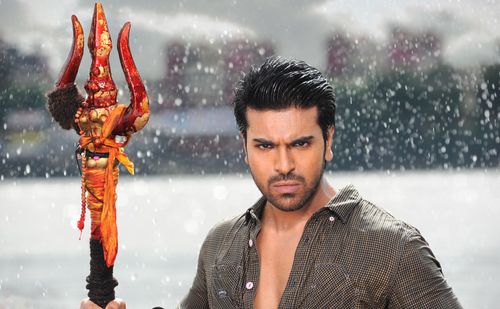 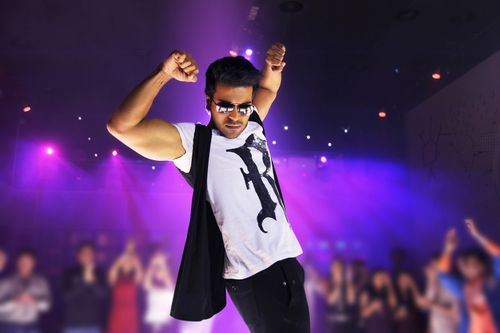 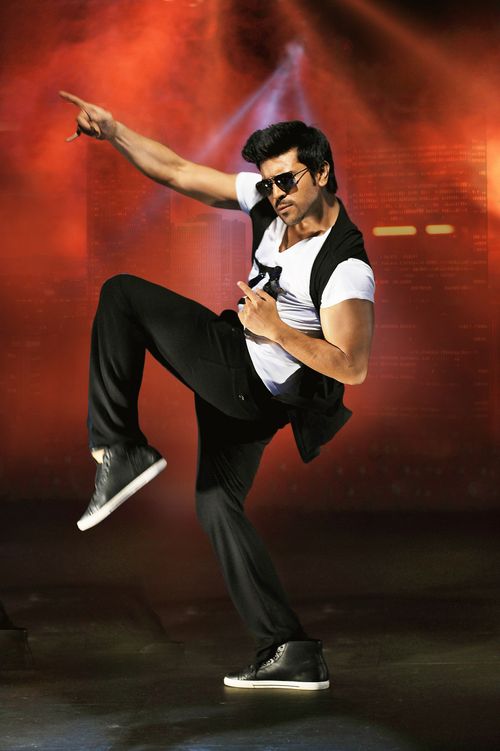 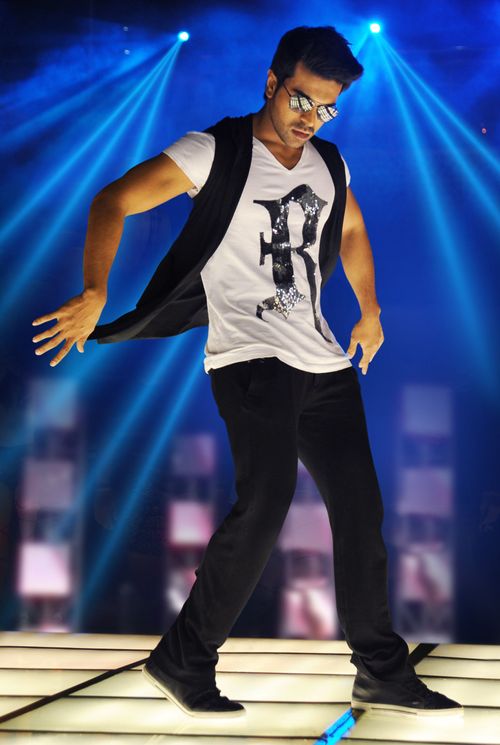 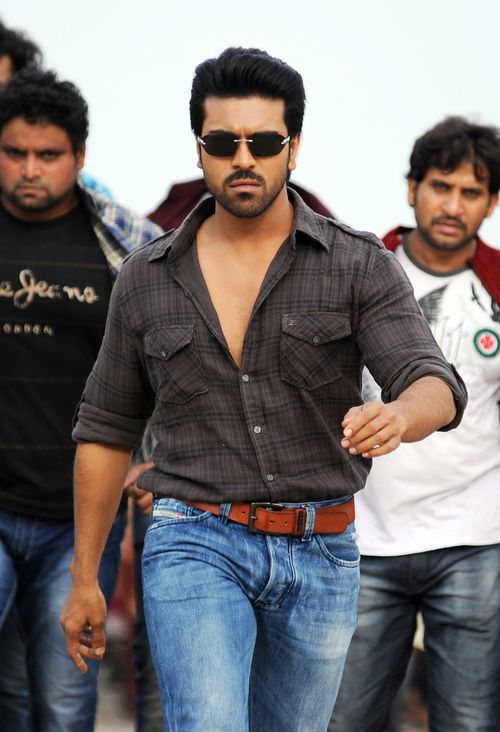 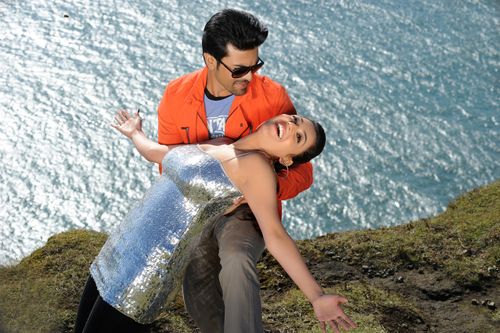