Cancel
When released from jail, Deeka decides to change his ways. One day, notorious Eena involves unwitting Deeka in his plot to rob a bank; since the police think Deeka was involved from the start, he must go on the run too.
See Storyline (May Contain Spoilers)

Deeka (Vinod Khanna) had been in jail for several crimes, including bank robberies. When his prison sentence is over, Deeka decides to go straight. Unfortunately, while in a bank, he becomes a victim of a bungling bank robber, Inder or Eena (Rishi Kapoor), who needs money to get medical treatment for his mother (Dina Pathak). When the police arrive, they witness Eena with the notorious bank robber, and come to the conclusion that Deeka has gone back to his criminal ways. Deeka's attempts to convince them are in vain, and he must escape together with Eena for now, and he does so. The police are after Deeka, and he must get a hold of Eena and get him to confess to his crime, and therefore clear his name. But Eena is unwilling to confess, and runs away from Deeka. With the police on his tail, will Deeka be able to capture Eena, and will he be successful in getting him to agree to confess?

Based on 0 rating
0 user 0 critic
Did you know? The film is a remake of the English movie Three Fugitives (1989). Read More
0 User Reviews
No reviews available. Click here to add a review.
Cast

The film is a remake of the English movie Three Fugitives (1989).

Sunil Shetty was signed for Vinod Khanna's role, but was dropped when the producer felt it would be unconvincing for Rishi Kapoor's character to be scared of Sunil Shetty's character.

Juhi Chawla signed the film without reading the script, and later came to regret it. 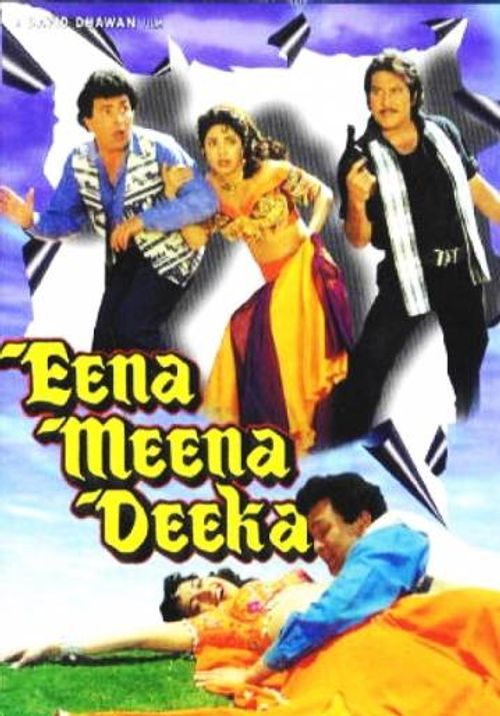