Cancel
Sarika and Karan are employed in a big city called Mumbai in India. They meet, have a date, and find that they are attracted to each other. They do not know nor care of each others' backgrounds, and get married. They start to live in a small apartment. One day Karan asks Sarika to deliver a parcel for him via an Indian airline, which she does. The authorities stop her, and a search reveals that she was carrying drugs in the parcel, and she is arrested. After her arrest, Karan visits her and assures that this is all a big misunderstanding, and she will be found not guilty and let out soon. This does not happen, Sarika is found guilty, is convicted and sentenced to a long jail term. While in prison, it slowly and painfully dawns on her that she has been used, and wants to avenge this. In order to get even with Karan, she must first of all either wait for the sentence to get over or be more daring and escape, take Karan by surprise and avenge her humiliation. Which way will Sarika take?
See Storyline (May Contain Spoilers)

Karan is a rich, suave businessman. But he can also be very possessive of Sarika. His temper can flare at slightest pretext. After Karan involves Sarika in looking after a suitcase full of illegal firearms belonging to his friend, a hitman, she is arrested for having links with the underworld and is remanded to judicial custody. Karan claims innocence to her and sends her a defense attorney to fight her case. The attorney advises her to confess the crime, arguing that there is no proof exonerating her.

After being convinced that the judge will give her a light sentence and might even set her free for co-operation, Sarika complies. But, the judge sentences her to seven years hard labour without parole. Sarika then realizes that Karan is an associate to the underworld and that he had her framed to keep police eyes away from him. This realization is soon followed by the death of her father, the ongoing ordeal of prison life and hatred towards Karan. She beats up an abusive inmate Gomati. An elder inmate Pramila (Pratima Kazmi), who has contacts outside the prison, decides to help her. She receives a complete change of appearance.

Sarika changes from inside and outside. ACP Malti Vaidya (Seema Biswas) sets out to find Sarika after she escapes from prison. She first confronts Mathur, killing him after learning Karan's whereabouts. She is angered to see Karan enjoying his life with a new girl. With the news of Mathur's mysterious death, Karan becomes a suspect. Karan soon learns that Sarika has escaped but is not able to put two and two together. Sarika learns that Karan is working for a businessman (Abhay Bhargava) who has many illegal operations under his garb.

After she kills the businessman's brother, Karan gets trapped as he was the last man to see the person alive. Karan is shocked at the development but chalks it to the work of rival gang. Meanwhile, Sarika pretends to run into him. She pretends to have sympathy for him. Seeing that she still has not seen through his game, Karan decides to play with her for some time. Karan confronts a man whom he suspects to be a traitor, but he believes that somebody else could have sneaked in after Karan went out. Before the man can say anything, Karan kills him, too.

Sarika is amused as Karan gets entangled in a cat-and-mouse game. She steals money from Karan's boss, for which Karan is again made a patsy. However, Karan soon realizes the plot. After he confronts and assaults her, she shocks him by telling him that she has burnt the money. Karan takes her to his boss and makes her confess at gunpoint. But she feigns ignorance and claims that Karan made her say so. As Karan is attacked by his boss's goons, he breaks into a fight. Just then, the ACP enters with the police.

In a shootout, the ACP succeeds in killing Karan's boss. The gang is either killed or apprehended. While the ACP herself gets shot, Karan succeeds in escaping. His success is short-lived: Sarika holds him at gunpoint and makes him drive to a secluded spot. After knocking him out, she chains him in a cavern infested with rats. As Karan regains consciousness, Sarika tells him how she used to be scared of rats. Karan is baffled at her talk, but she leaves him in the cavern, with light from a flashlight pointing towards him.

Karan screams, but nobody hears as he is in a secluded place. Soon the flashlight goes out and Karan loses strength. The rats attack and kill him brutally (shown by dimming of lights and screams). Later Sarika is shown giving the bag of money, which she had not burnt after all, to an injured ACP Vaidya. She states that she has exacted her revenge, hinting that the ACP knew of Sarika's plans. The film ends with Sarika's name being called and she comes out of the prison gates.

Based on 0 rating
0 user 0 critic
Did you know? The film is adapted from Sidney Sheldon's "If Tomorrow Comes". Read More
0 User Reviews
No reviews available. Click here to add a review.
Cast

Kavita Kaushik
as Karan's Girlfriend who lives in Delhi

Continuity
When ACP Malti Vaidya is sitting in the hotel, she's shown first sucking on a long cigarette (unlit), then in the next shot, is lighting the same cigarette with a noticeably shorter and already smoked cigarette.

Factual Mistake
Saif's car shows a yellow name plate which means it's a hired vehicle
Trivia:
The film is adapted from Sidney Sheldon's "If Tomorrow Comes". 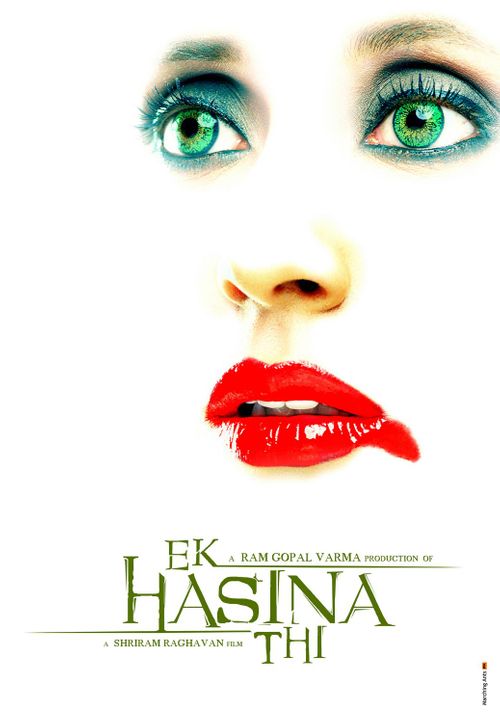