Cancel
Mumbai-based Nandkumar Sharma is a high-priced hit-man. He is paid a princely 1.5 Crore Rupees to injure Anna Mhatre, so that the later can get enough 'sympathy' votes to get him elected as the next Chief Minister, but ends up killing him. On the run from the Police, he ends up assuming the guise of Hoshiyarpur's Puran Singh, who has been away from home for the last 18 years, and does succeed in fooling Puran's joint family. But his hopes for settling there appear to be in vain with the arrival of a CBI Team, led by Inspector Mahendra Kumar Rane - who is determined to expose and arrest Nandkumar at any and all costs.
See Storyline (May Contain Spoilers)

Nandu (Bobby Deol) an orphan turned assassin somehow gets wrongly accused of a politician's murder and is on the run. On his escapade on a train he meets Puran (Akshay Kapoor), who is homebound after fourteen years, they get chatting and Nandu finds all about his joint family and the wedding of Puran's sister that he is going to attend.

However the police catch up with Nandu on the train and shoot at him but Puran gets hit accidentally and dies on the spot. Nandu goes to Puran's family home in his village to return his grandfathers watch and also to break the news of his grandson's death to him. However it turns out that Puran's family mistakes Nandu for Puran and makes him a part of the celebration at home. He thinks that it is his responsibility to fulfill the deeds the Puran had to fulfill.

Preet (Shriya Saran), who is the daughter of Puran's grandfather's friend is in awe of Nandu and falls in love with him. CBI Inspector Rane (Nana Patekar), is given the responsibility of tracking down the killer and is after Nandu.

At the end, Nandu realizes that his friend Shekar (Pradeep Kharab) is behind everything. He has a tape of his innocence and gives it to Inspector Rane. He then goes back to Puran's family and lives with them.

Tagline: The Power of One

Based on 0 rating
0 user 0 critic
Did you know? The film is a remake of the Telugu movie Athadu (2005). Read More
0 User Reviews
No reviews available. Click here to add a review.
Cast

Buy Tracklist of Ek: The Power of One

Bobby Deol straightened his hair for his role in the film.

The film was delayed for two years on account of financial issues. 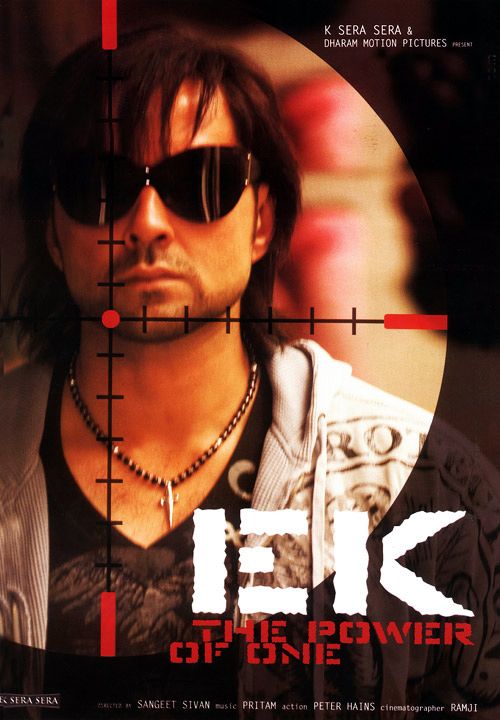 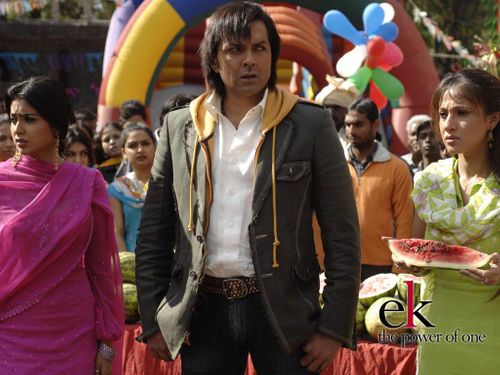